Did Gov. Obaseki Order The Destruction Of Ize-Iyamu Campaign Billboards?

Recently, billboards of Pastor Osagie Ize Iyamu along Auchi expressway, close to Geowork in Igarra was vandalized and brought down by followers of Godwin Obaseki as alleged by supporters of PST Osagie Ize-Iyamu, the candidate of the APC. The reports said that Gov. Obaseki and his loyalist are afraid of the widespread popularity of PST Osagie Ize-Iyamu and have resorted to State-sponsored assault and harassment of Pastor Osagie Ize Iyamu. 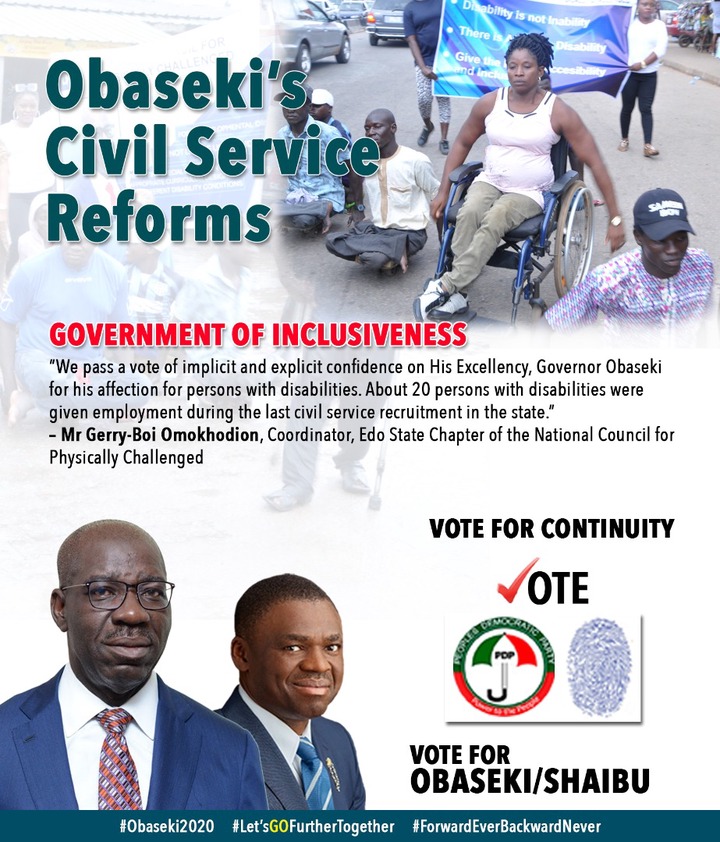 Gov. Obaseki Special Adviser on Media and Communication Strategy , Crusoe Osagie has rubbished the claims by the loyalist of Ize-Iyamu, as reported by the PUNCH.

According to him, "The state government has not removed any of his billboards. This is cheap blackmail to score lame political points. ”

"Anyone who knows Ize- Iyamu very well knows that this is his approach to politics . He raises the alarm and cries wolf when no one is chasing him" he said.

Gov. Obaseki may not have condescend so low to instruct his loyalist or thugs to pull down the campaign billboards of PST Osagie Ize-Iyamu.

Overzealous supporters or thugs of the PDP and Gov. Obaseki could also be responsible.