As the 2023 general elections draw closer, political parties are striving to find an edge over each other. Political parties are important institutions for developing policies and platforms as well as providing insight and accountability of government actions. The political parties reflect the ideology of the party through their elected representatives. However, it is a totally different case in Nigeria, moving from one party to another is seen as a way of gaining advantage over one another. 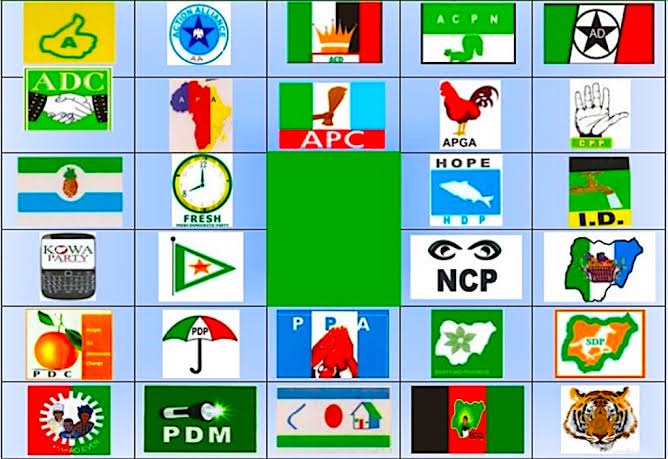 For example, the incumbent President of Nigeria moved from one party to another in his quest to become the number one citizen of Nigeria, in 2003 and 2007 general elections, he contested as the Presidential candidate under the umbrella of All Nigerians Peoples Party (ANPP), in 2011, he was the candidate under the umbrella of the Congress for Progressive Change (CPC), and later in 2015, he won the elections under the umbrella of the All Progressives Congress. He is not alone in regard, other politicians such as Godwin Obaseki the current governor of Edo state, also switched parties (APC - PDP) in his atempt to retain his position as the governor of Edo state in the state elections.

So why do Nigerian politicians switch between parties? Political parties in Nigeria and other parts of Africa tend to lack explicit party ideologies, which separate them from each other. Because of the country’s tribal, religious and geographic divide, political parties are driven by personalities as opposed to ideologies. For example, in the United States, political parties are defined by their platforms of manifestos as they are called in Nigeria. Therefore, if a Republican or Democrat comes knocking on your door, you already know where he or she stands on the current national issues.

When a politician defects, as they say in Nigeria, he or she usually moves with thousands of individuals, including the loyal officials of the party that he or she is leaving. While political parties are vessels to government and power, they are the only way to get it or the Nigerian government.