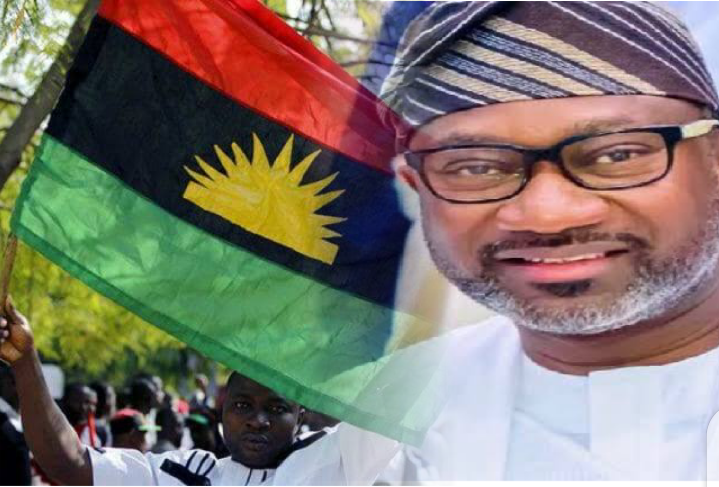 Anambra state governorship election may suffer serious setback as the proscribed Indigenous People of Biafra (IPOB) has declared total lockdown in all states in south East from November 5 to November 10, to compel the federal government to release its leader, Nnamdi Kanu. 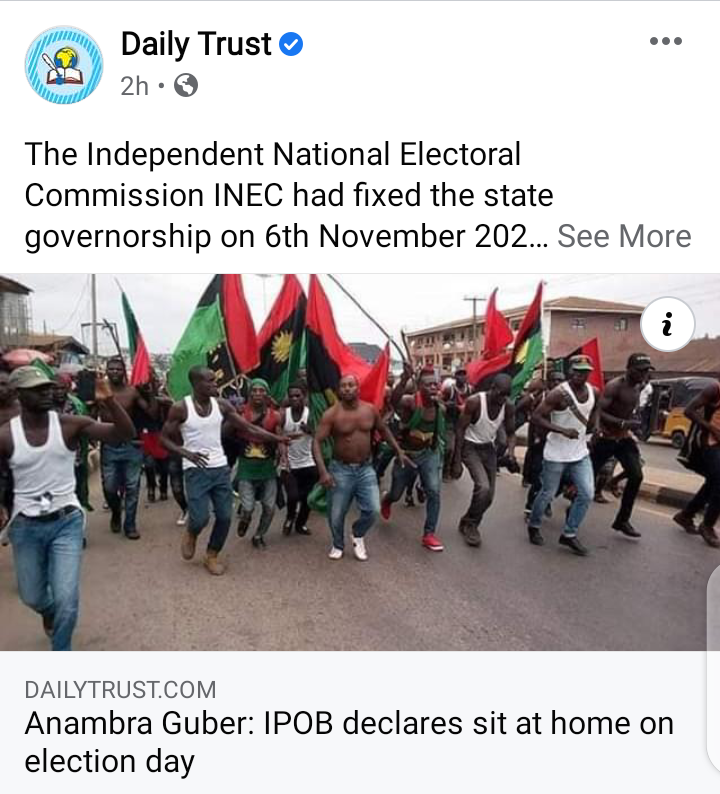 But in a statement issued by its media and publicity secretary, Emma Powerful, IPOB said, “Following the adjournment of Mazi Nnamdi Kanu’s court case to 10th of November 2021, by the Federal High Court Abuja, it demanded all lovers of Biafra and Biafrans to sit at home from 5 to 10 November to ensure that their leader is released.

“We the great movement and family of the Indigenous People of Biafra (IPOB), wish to inform Biafrans, friends of Biafra and lovers of freedom that IPOB will lock down Biafra land from 5th of November to 10th of November except Sunday, November 7th, a day our people worship the Almighty God, Chukwu Okike Abiama, if the Nigeria Government fails to release our leader unconditionally before 4th of November 2021” he stated.

The Nigerian billionaire, Femi Otedola, has emerged the majority shareholder of First Bank Holdings, owners of First Bank Nigeria, after acquiring a 5.07 per cent equity stake, the company confirmed Saturday.

The holding firm had earlier denied knowledge of the takeover saying it had not received a notification of a significant holding by Mr Otedola. 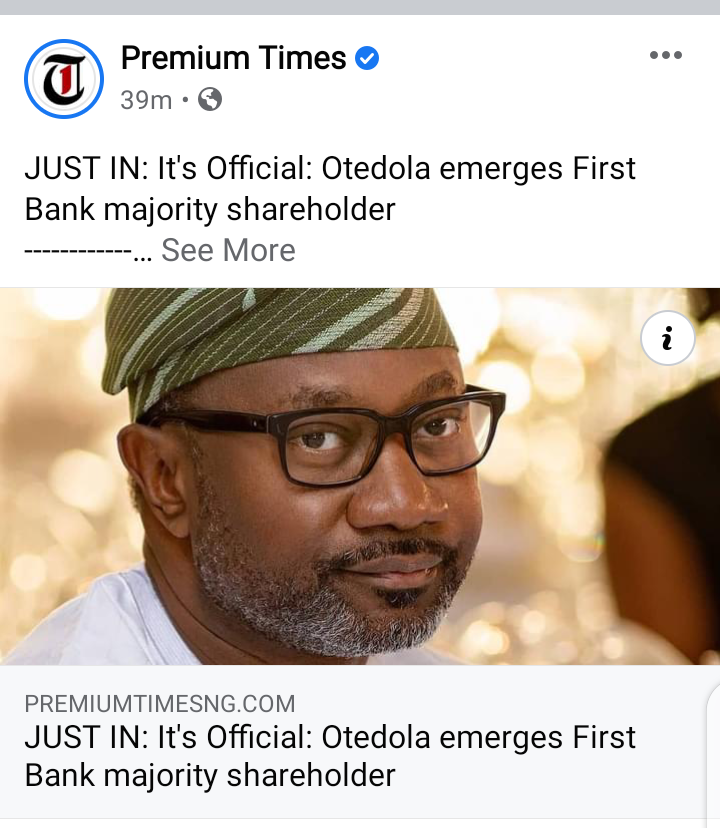 In a follow-up communication to the Nigerian Exchange Limited Saturday, the firm said it received notification from APT Securities and Funds Limited that its client, “that Mr Otedola Olufemi Peter and his nominee, Calvados Global Services Limited have acquired a total of 1,818, 551,625 units of shares from the Company’s issued share capital of 35,895,292791.”

“Based on the foregoing, the equity stake of Mr Otedola Olufemi Peter and his nominee in the company is now 5.07%,” the notice signed by Seye Kosoko, company secretary, said.

2023: Don’t die because of any politician – Makinde warns Nigerians

Governor Seyi Makinde of Oyo State has warned Nigerians against carrying arms in defence of any politician.

Makinde, who spoke in Lagos State on Saturday, noted that no politician is worth dying for. 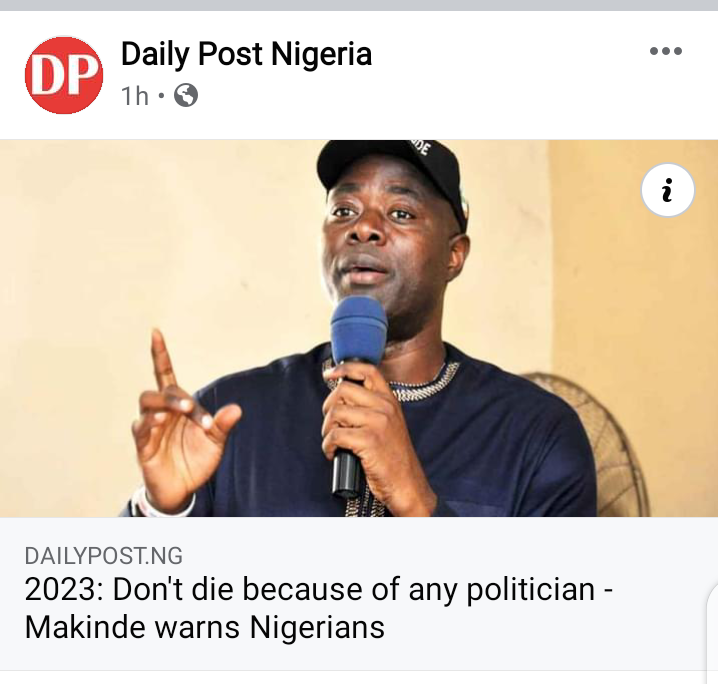 He warned Nigerians, especially the youths that no one should lose his life supporting politicians.

Makinde, who spoke during the wedding ceremony of one of the sons of former Governor of Ekiti State, Ayodele Fayose, advised people fighting over politics and religion to have a rethink.

He advised those who intend to die because of politicians to have a change of minds.

Governors in the North-east on Saturday donated N20 million to support families of victims of the October 17 Goronyo Market massacre in Sokoto.

Chairman of the North-east Governors Forum, Governor Babagana Zulum of Borno, who made the donation on behalf of his colleagues, expressed displeasure at the massacre. 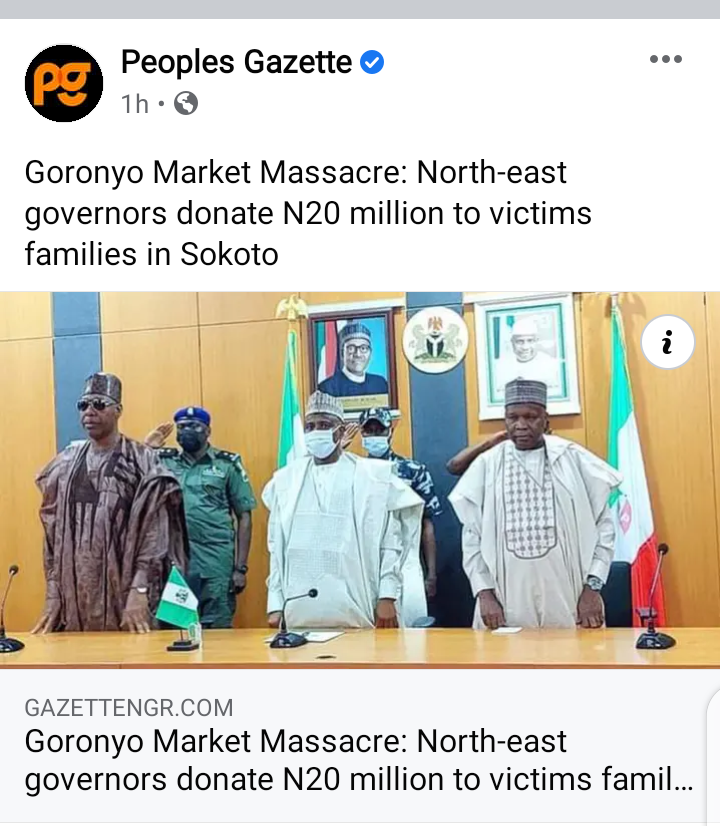 “Our region, especially my state has in more than a decade, experienced a lot of challenges of insecurity occasioned by Boko Haram insurgency.

“As such we will continue to offer valuable counsel to Sokoto State and other northwest states currently experiencing the scourge of bandits and marauders,’’ he said.