El-Rufai Slams Gov Ortom, Days After He Was Seen Attacking FG After Some Killings In The State.

By Ebukajp (self meida writer) | 1 months

The Governor of Kaduna State, Mallam Nasir El-Rufai has taken out his time to slam the Benue State Governor, Samuel Ortom days after he(Ortom) was seen attacking the federal government, after some killings in the state. 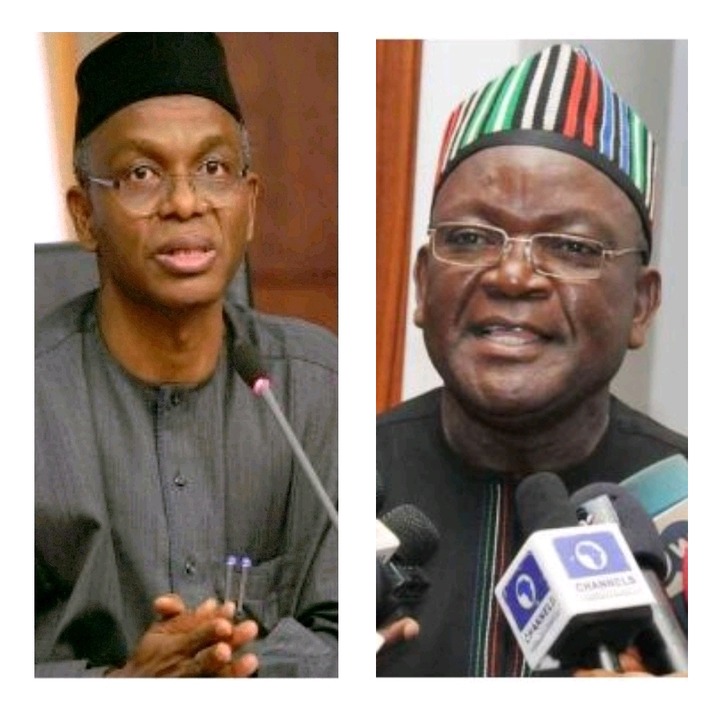 While speaking, the Kaduna State Governor made it clear that the Benue State Governor, Samuel Ortom is using the insecuriy in his state to attack the Federal Government, so as to cover up his failure. He went on and made it known that he no longer takes Governor Ortom seriously.

The Kaduna State Governor made this disclosure while responding to a video where Ortom was seen addressing protesters after some killings in the state.

El-Rufai said: "I didn't hear what Gov Ortom said in the video, but I know him and he is not somebody I take very seriously, frankly. He has other issues of governance that he is using the federal government as a punching bag to distract attention from his failure......" 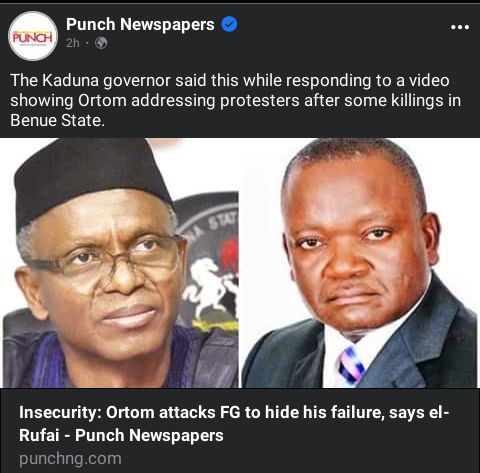 But be it as it may, we all are entitled to our own opinion, and I think the Kaduna State Governor has aired out his own opinion.

Read The Story Of The Poor Boy Who Invented Louis Vuitton, A Fashion Company

Opinion: 5 Reasons Why You Should Never Lie To a Woman

Nigerian OAP, Do2tun not pleased seeing his picture used as a bad example in church poster

Throwback: When Neymar Helped Santos Win The League Title, They Have Not Won It Again Since He Left.

BBNaija Reunion: "Nobody Speaks So Low Of Me" - Ka3na Reveals The Reason Why She Slept With Praise