It is common knowledge that Rivers State Governor, Ezenwo Nyesom Wike is considered by many to be hard man due to his mafia-style of governance.

It is also no longer news that Wike is gunning for the presidency on the platform of the Peoples Democratic Party (PDP).

What is currently making the rounds on social media, however, is a video showing the Rivers Governor giving a rather unusual order to his Chief Security Officer (CSO) at an event he attended.

The footage shows Wike, who was speaking at an event, ordering his CSO to arrest some persons who he accused of making noise while he was delivering his speech. The order appeared to draw some laughter among the guests in attendance. 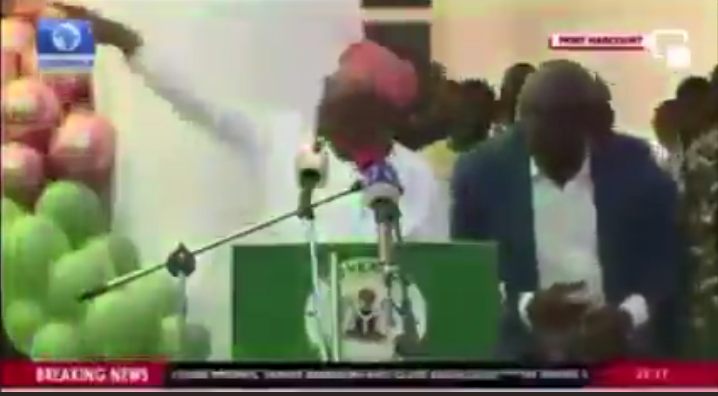 PHOTO: Wike ordering his CSO to arrest some noise makers at the event. Credit: TWITTER.

While it may be assumed that the governor was only making a joke by asking his CSO to arrest the noisemakers, the video has drawn mixed reactions from various persons on social media. One of them happens to be former presidential aide, Reno Omokri.

Taking to his Twitter handle to share the video, Reno Omokri could not hide his surprise at the kind of order Wike gave his CSO.

According to him, it was absurd for the Rivers Governor to order the arrest (albeit jokingly) of guests who were making noise while he was giving a speech. 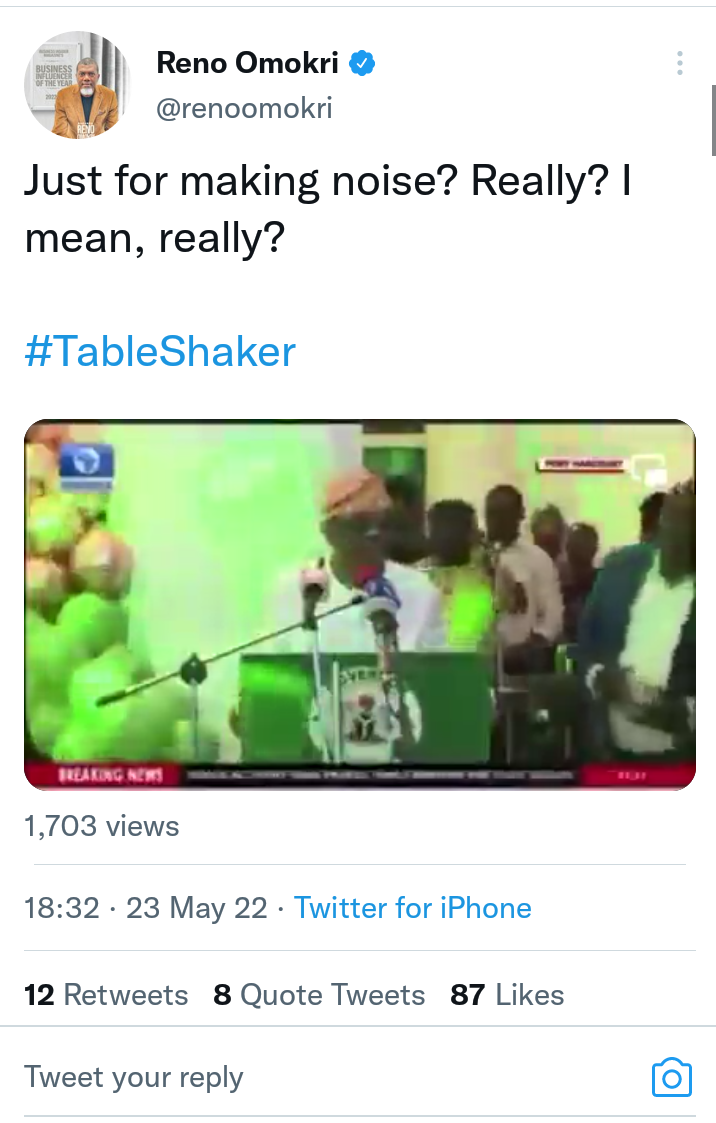