2023: Why PDP Should Not Nominate A Northerner As Their Candidate For The Presidential Election

It's almost 17 months to the 2023 presidential elections and a number of Nigerian politicians are being touted as messiahs that would take the country to the promised land after the tenure of President Muhammadu Buhari. With the tenure of the Buhari administration winding down, another set of politicians is being positioned as the country’s saviours come 2023. The politicians include some who have openly indicated interest to contest the presidential election and others who have not indicated interest in the office. However, they have been speculations that the former Vice President, Atiku Abubakar might be contesting again in 2023. As we all know that Atiku was the candidate of the PDP in the 2019 presidential election, which he lost to the incumbent APC candidate, President Muhammadu Buhari.

Just as the fire keeps on hitting up, it's good to note that if the Peoples Democratic Party (PDP) want to win the presidential election against their rival, All Progressives Congress (APC), then it's advisable that they don't nominate Atiku Abubakar or any other northerner as its presidential candidate in the 2023 general election.

Why PDP might regret nominating Atiku Abubakar as their presidential candidate in 2023.... 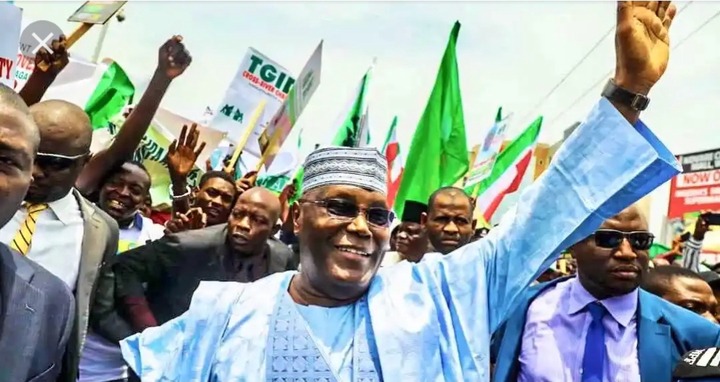 I believe the PDP in 2023 will be only to defeat APC if they nominate a southerner and not Atiku Abubakar or any other northerner because currently, PDP has no numerical strength in the north, rather their strength lies in the south. Also, as we've been listening to the clamours of Nigerians that they want a southerner, it would be a suicidal thought if PDP fails to listen to the voice of the people that would vote for them.

If we take a look at the last presidential election in 2019, you'd agree with me on why it would be dangerous for Atiku Abubakar to contest in 2023. Atiku Abubakar was only able to get a landscape victory in Adamawa State, as of the rest of the states in the north, he lost convincingly.

Also, ever since Atiku Abubakar retired from the services of the Nigeria Customs Service, it was only in Adamawa State that he was about to pull a massive vote while he struggles in other states.

What's your thought concerning this article? Feel free to drop your comments below.