Igbo in the Diaspora namely World Igbo Congress and the Igbo World Assembly, as well as the Pan-Niger Delta Forum, PANDEF, have vowed to resist any attempt to rig the November 6 governorship election in Anambra State. 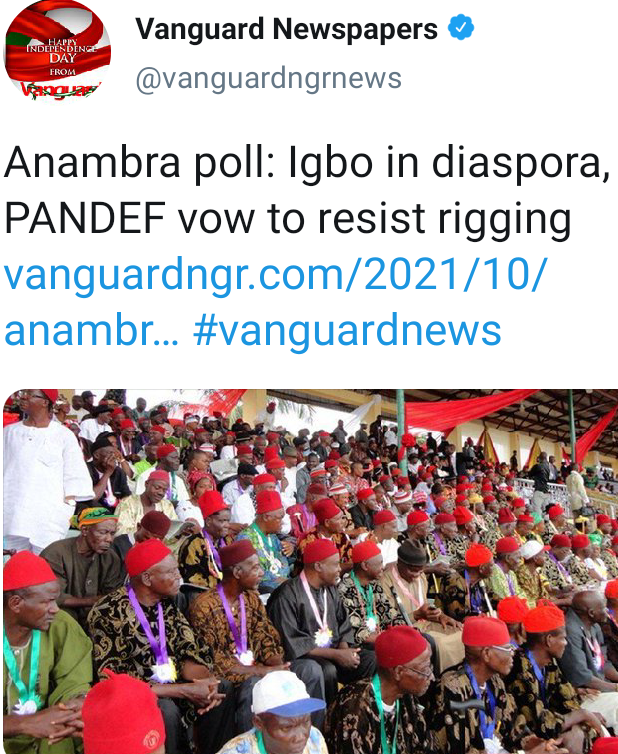 ﻿Speaking at a ceremony organized by a rights group, Civil Society Committee for Anti-fraud Election Security facilitated by a social entrepreneur and media influencer, Mr. Kennedy Iwere in Awka, the groups warned those planning to subvert the wishes of the electorate to forget the idea as the people would not give them the opportunity in any part of the state. 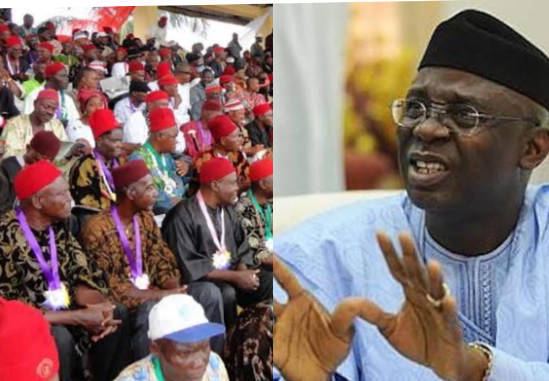 Tunde Bakare, the leader of Citadel Global Community Church (also known as Latter Rain Assembly), has said that it is of no importance what region the next president comes from, as long as said individual is able to govern properly. 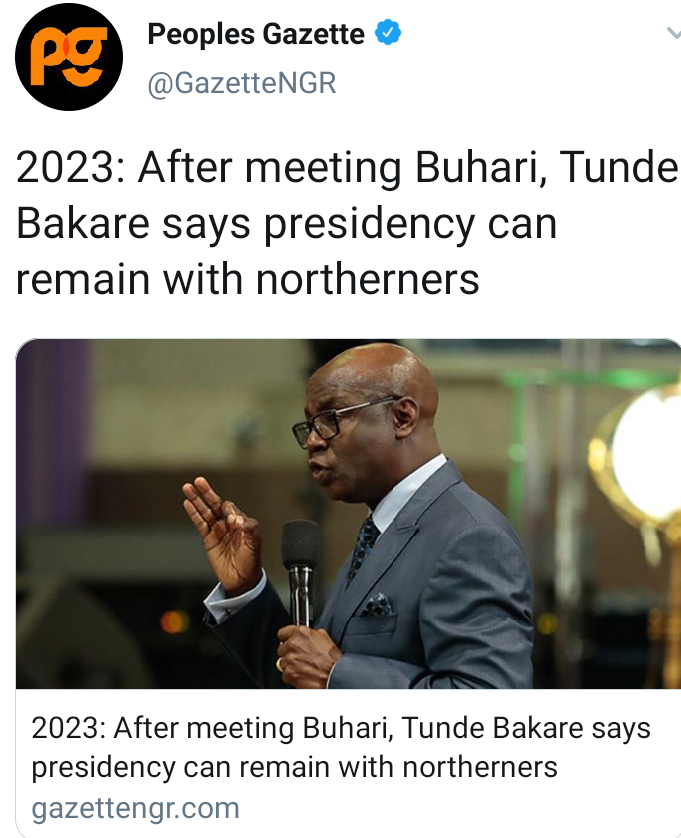 “Listen to me, if where the president comes from will make the place he has come from to be better, the northern part of Nigeria should be the richest and should be the most progressive and the most developed because out of 61 years, the north has produced either the president or heads of state for 40 to 41 years, and yet see the retrogression in the North,” Mr Bakare told State House correspondents on Friday afternoon. “Not where they come from, it’s what they carry and what they have to offer. May the best of the best of Nigerians rise, whether they’re from the east, from the west, from the north, and from the south.

AHEAD of the National Convention of the All Progressives Congress, APC, Stakeholders of the party have called on the leadership to act like the opposition Peoples Democratic Party, PDP by zoning the position of National Chairman to the North Central part of the country. 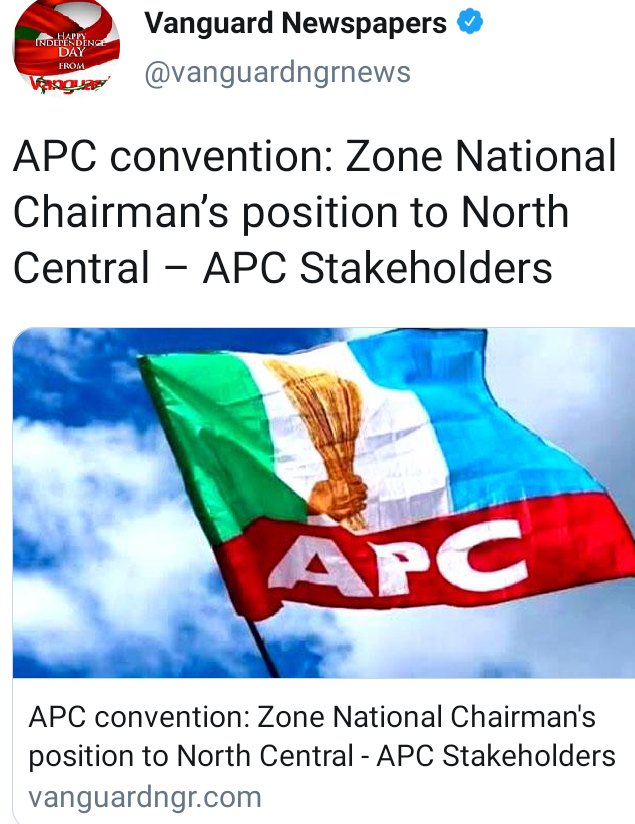 The group under the aegis of APC Stakeholders for 2023 elections urged the party leadership to narrow the position to Niger State against the backdrop that the party will stand a better chance if the state produces the next National Chairman.

In a statement Friday and titled, Like PDP, Like APC by the Coordinators, Adeleye Yemi and Sabiu Ali, they said, “the PDP has zoned it’s national Chairmanship post to the North and North Central in particular. 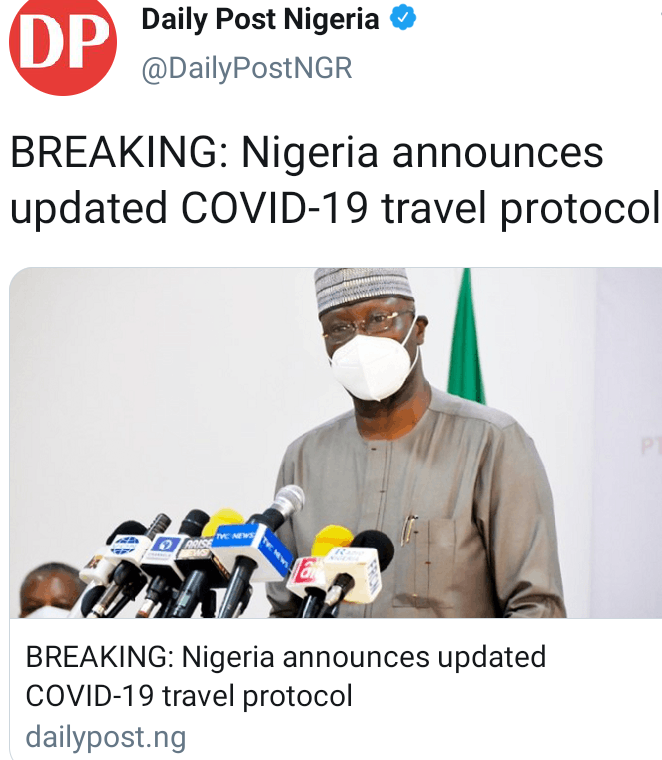 Chairman of the Presidential Steering Committee and Secretary to Government of the Federation, Boss Mustapha, issued a statement on Friday.

The SGF said travellers arriving in Nigeria must present a negative COVID-19 PCR test result conducted not more than 72hours before boarding.

Henceforth, unvaccinated and partially vaccinated in-bound passengers will be required to observe a mandatory 7-day self-isolation in addition to a COVID-19 PCR test on days 2 and 7 after arrival,

Ekiti State Governor, Dr. Kayode Fayemi, has warned against violence during the governorship election expected to hold in the state in July 2022. 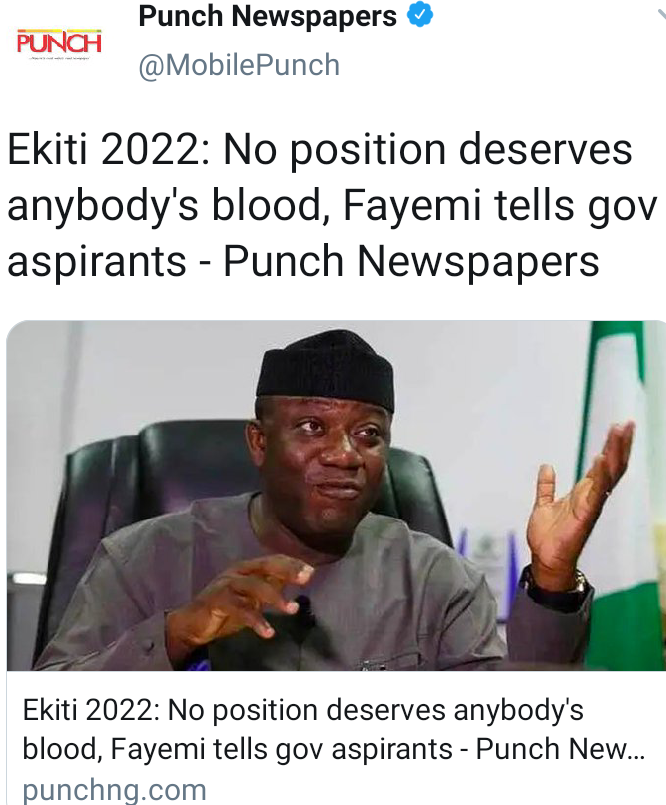 Speaking on Friday while delivering the State of the State Address at the hallowed chambers of the State House of Assembly as part of activities marking the third anniversary of his administration, Fayemi said he was satisfied that things are getting better in the state.

The Governor used the opportunity of the session, which was attended by top government functionaries, members of the State Executive Council and the State Assembly as well as traditional rulers, to appeal for peace ahead of the 2022 governorship election of his successor in office, stressing that “no position is worth the blood of anybody.”