By Eunibest (self meida writer) | 27 days

Recall that today marked it exactly one week unknown gunmen reck havoc at Police Command Headquarters, Correctional centre and many other places in Imo State and it environs. So many things where destroyed, and prisoners amounted to thousands and more ran away when the unknown gunmen invaded the prison facilities etc.

Meanwhile, it was not only Imo State that was attacked by the unknown gunmen, but almost all the states in Southeast had a share of it and many people allegedly tagged ESN, an illegal security network created by Nnamdi Kanu, the leader of Indigenous people of Biafra (IPOB) as the people behind the attacks. But both IPOB, Nnamdi Kanu and ESN denied having hand on the attack. 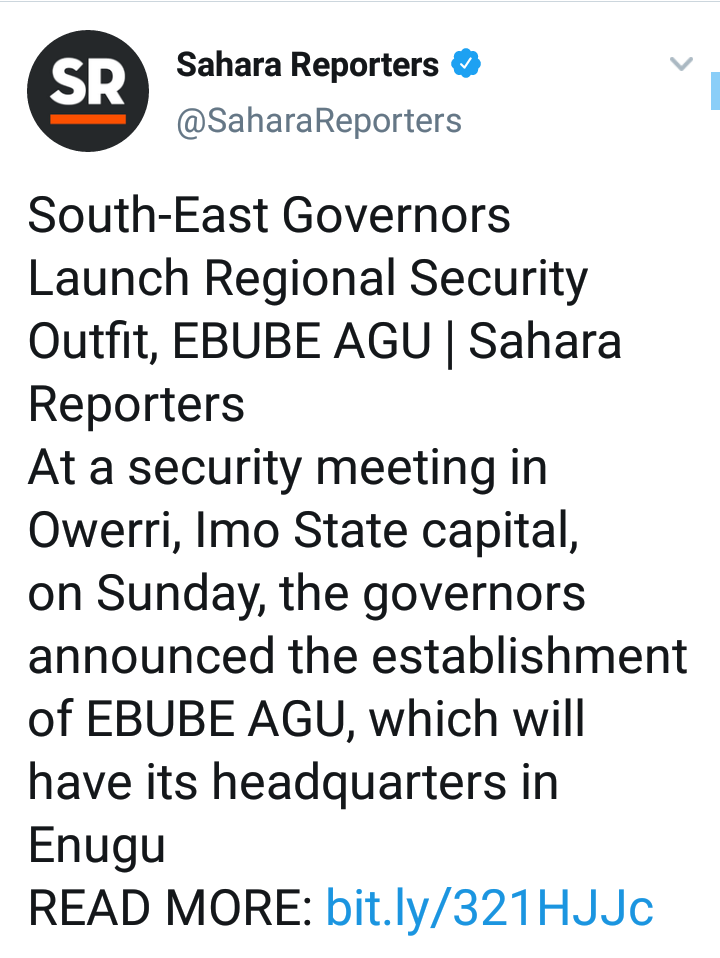 In a bid to curtail further attacks, by providing adequate security to the whole of Southeast region, Governors in the region held a meeting today in Owerri Imo State, and after the meeting, they announced the formation of a South East joint security outfit code, named "EBUBEAGU". The news of it prompted mixed reactions on Facebook group denominated by people from Southeast. 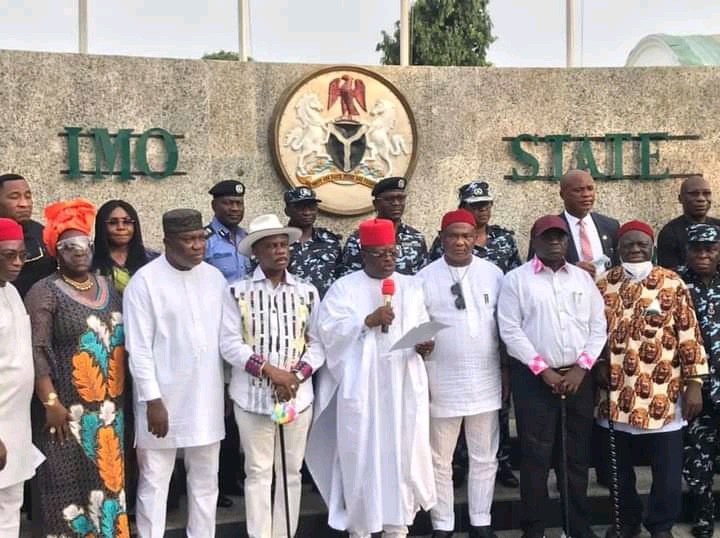 Many people said it of no use hence there is already a security network covering all the states in Southeast which is Eastern Security Network, ESN which is formulated by Nnamdi Kanu. While others said it would bring more security problems hence there's one already.

Below are screen shot of some people's reactions over the Ebube Agu security code and outfit.

What do you think about this surprise the Igbo governors unveiled today? Let's know your thoughts by commenting on this article. 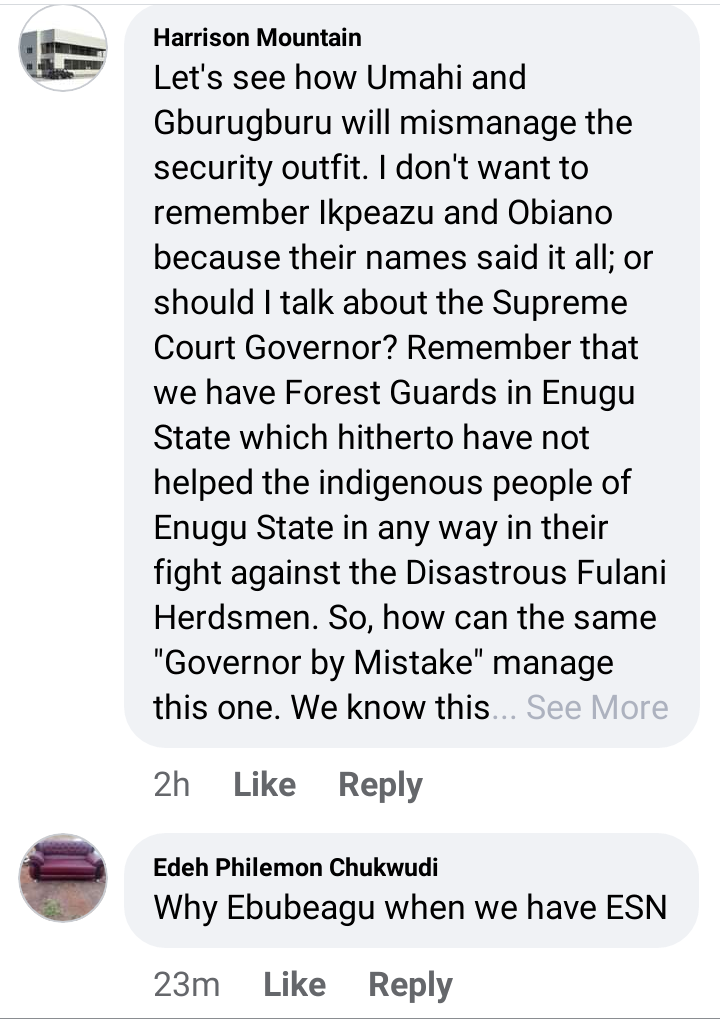 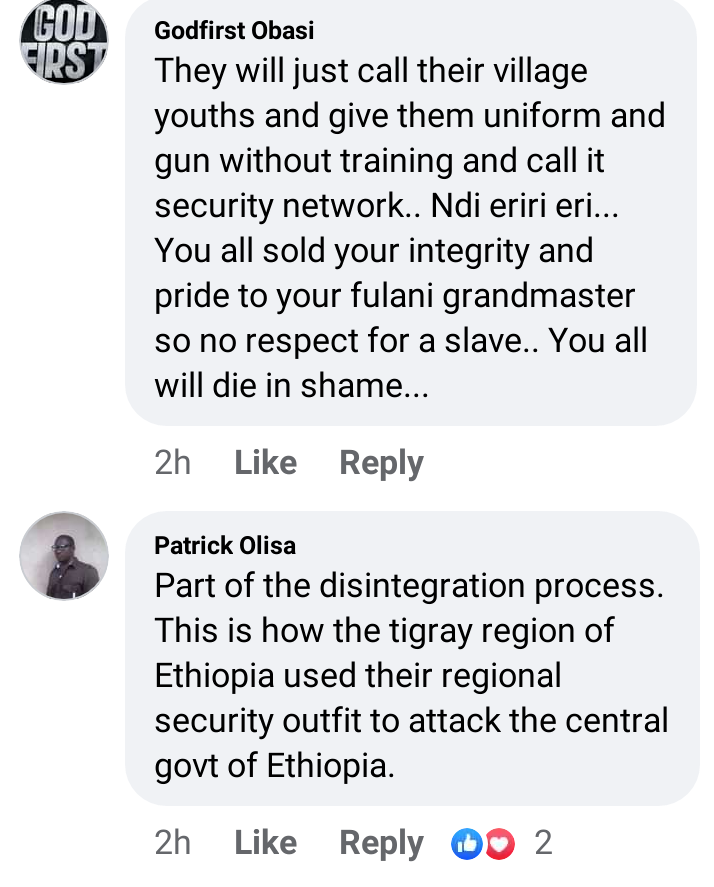 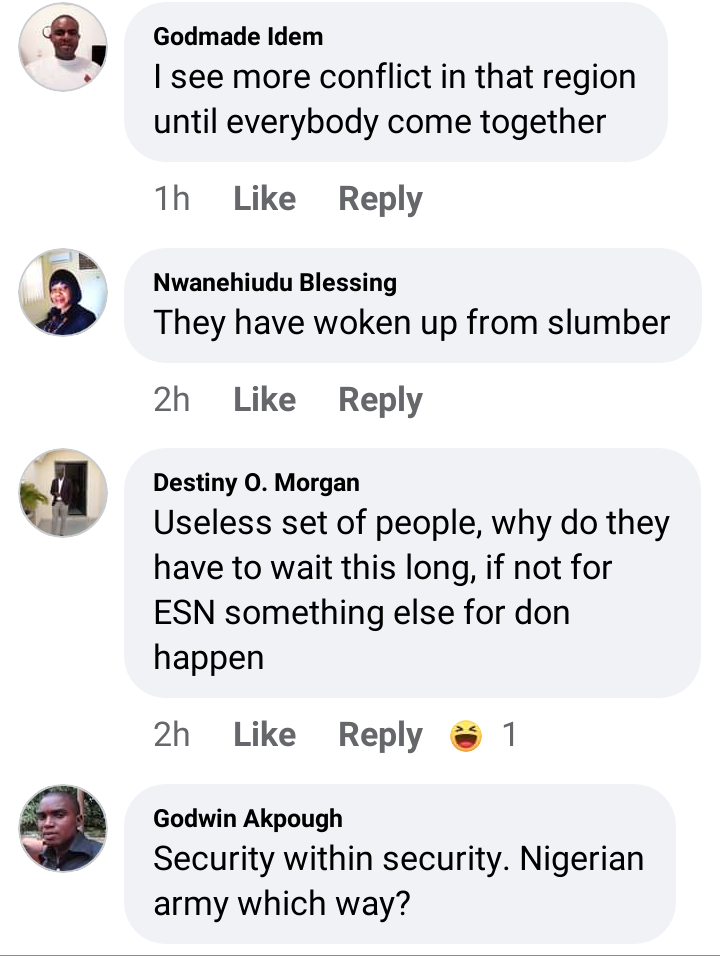 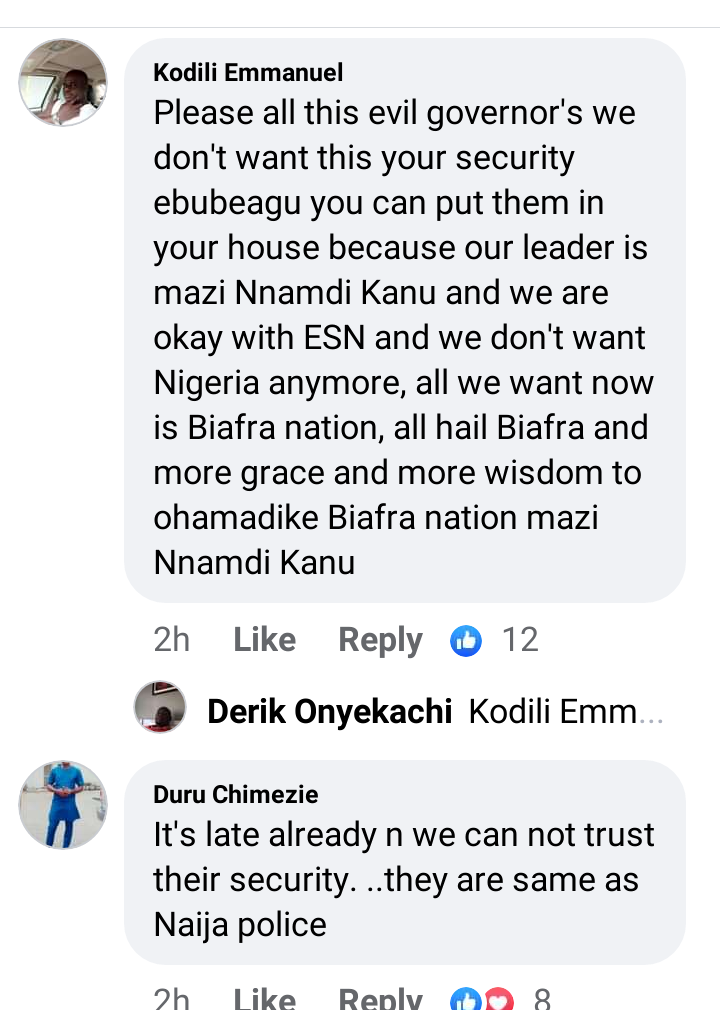 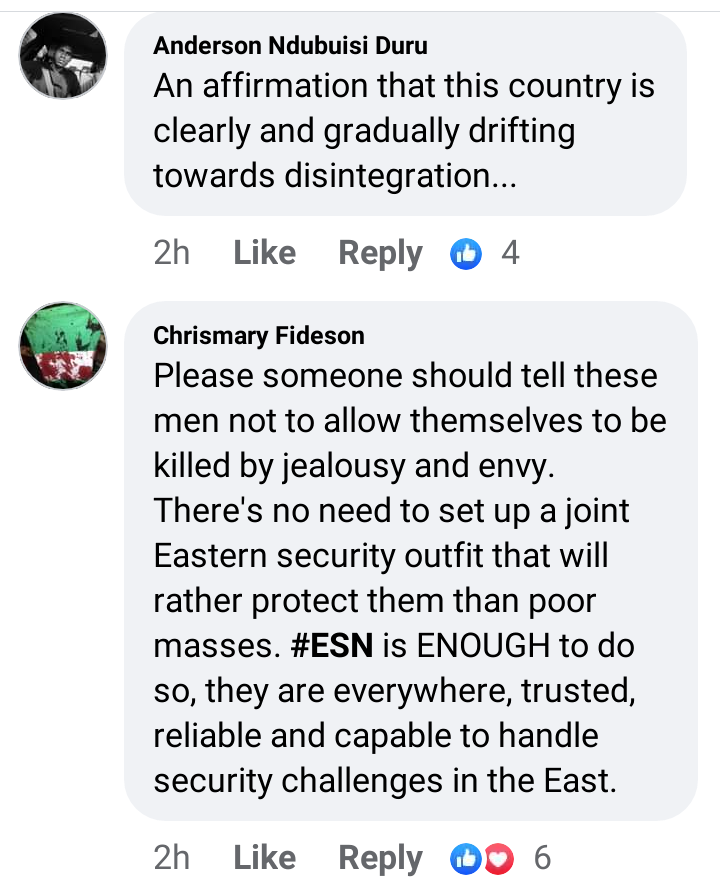 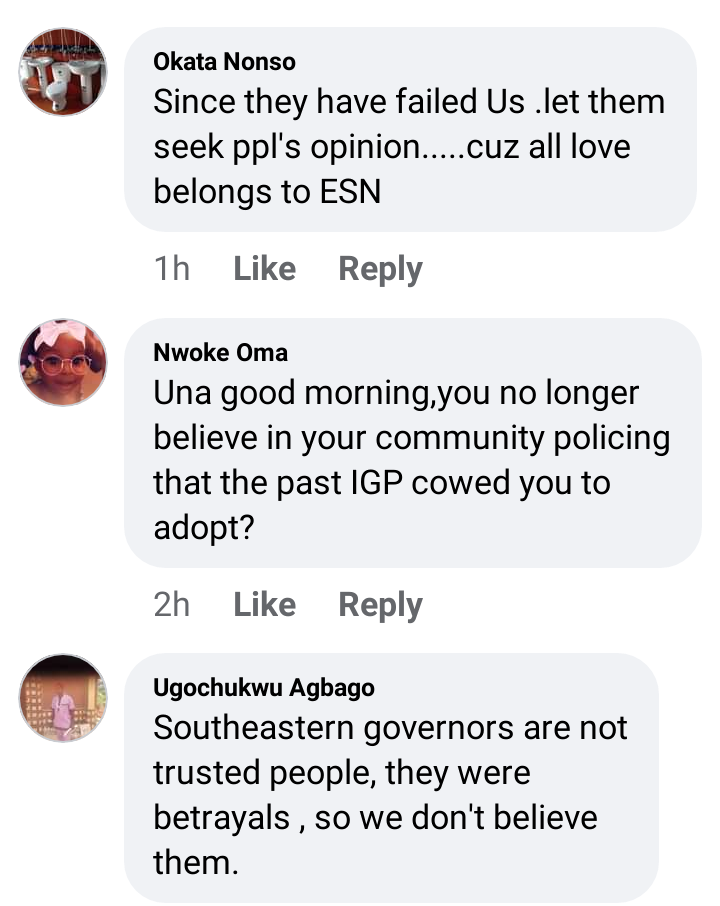 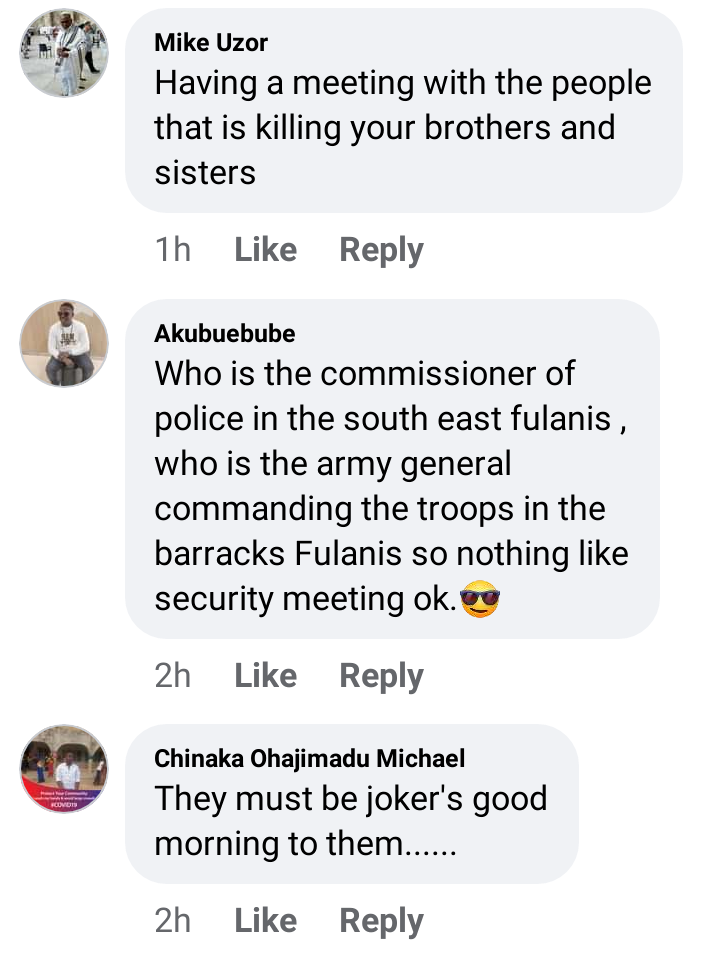 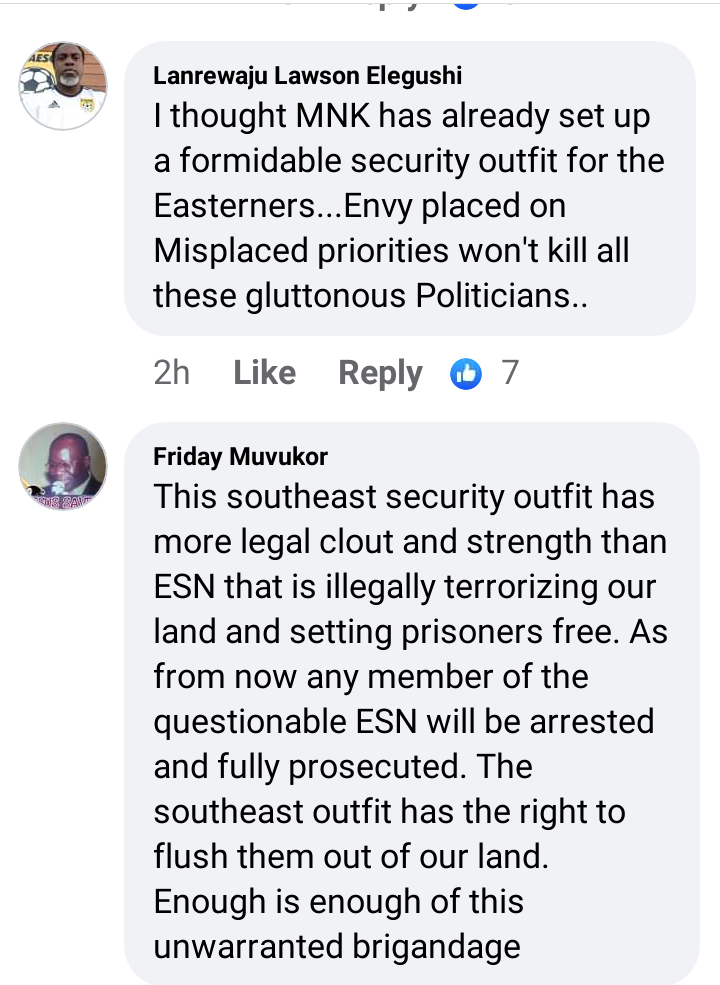 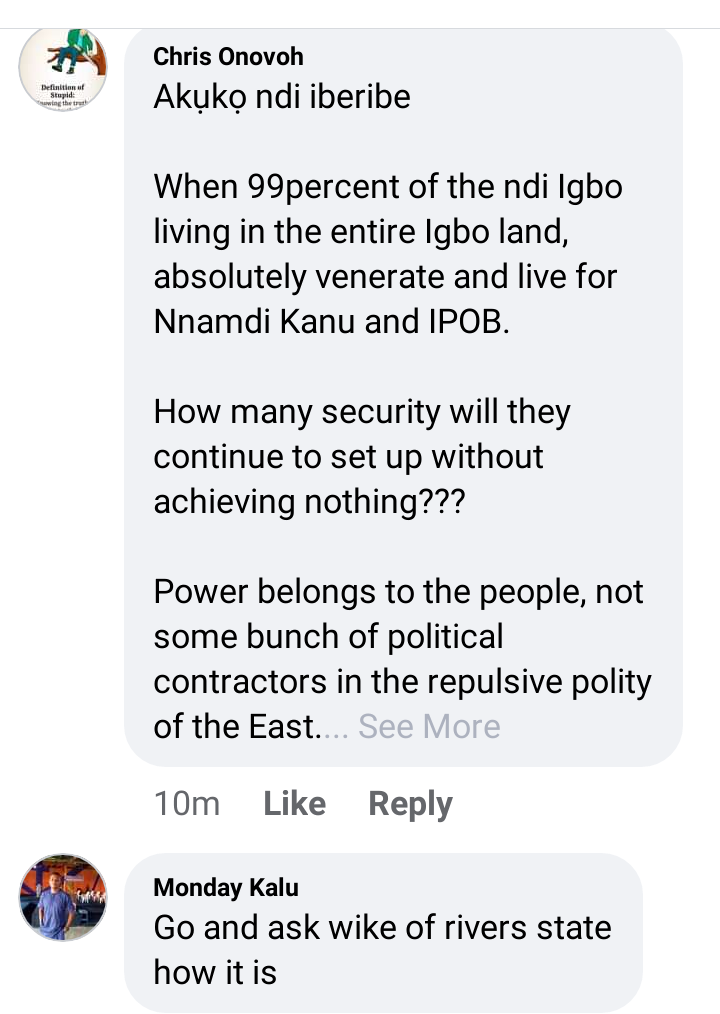 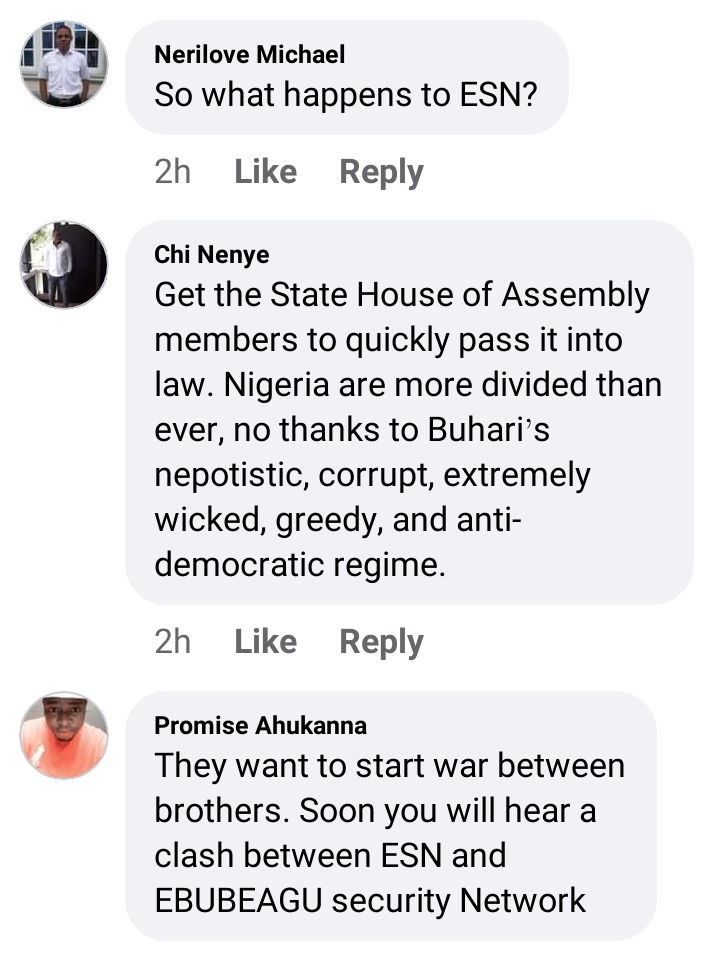 Chelsea: Thomas Tuchel Has Done What Frank Lampard Couldn't Do In Chelsea

Mothers, Make Today Enjoyable By Preparing Any Of These Locally Made Meals

Why do Catholics make use of statues & images? Here is the truth you need to know

Types Of People In A Betting Shop

Check out top 10 countries in Africa according to military strength

20+Pretty and Trendy Outfits For Women