The Coalition of Concerned Northern Youth has called on President Muhammadu Buhari to sack the Attorney-General of the Federation and Minister of Justice, Abubakar Malami, over his flamboyant and luxurious lifestyle at the detriment of Nigerians.

The group in a statement by its National Convener, Comrade Muhammed Ishaq, on Thursday said the irresponsible 'naira rain' at a lavish wedding ceremony for the minister’s son, Abdulaziz, is tantamount to affront on the sensibility of Nigerians, particularly the youth, who wallow in abject poverty and massive unemployment.

The statement reads, “We, as a coalition that represents millions of youths from various nooks and crannies of Northern Nigeria, are pained to witness a blatant display of extravagance during the wedding ceremony of Abubakar Malami's son that took place last week.

“Considering the position Malami is occupying as the chief law officer of the federation and someone who hails from the region with highest number of the poor in Nigeria, it is unbecoming of him to allow such irrational spending and reckless display of extravagance by members of his family.

“If Abubakar Malami is endowed with moral conscience, we ask him to honourably resign as his continued stay in the capacity of the Minister of Justice is synonymous with celebrating grossness and recklessness in governance.”

The group further called on President Buhari and National Assembly to investigate the heavy corruption allegations levelled against Malami.

“All the allegations raised are too heavy to ignore considering the position Malami is occupying as the Minister of Justice and Attorney-General of the Federation.

“In the circumstance Malami fails to resign within 10 days, our coalition has no option but to mobilise our members for a nationwide protest to press home our demands.

"The above call and stance are made in the best interest of the nation having considered the fact that corruption, particularly by public office holders, has eaten deep into the fabric of Nigeria and Nigerians have to stand up against it before it consume us all.” 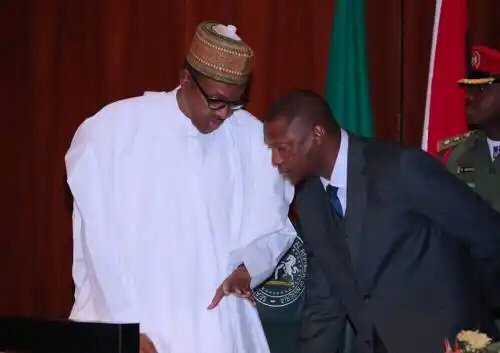 The State Media Campaign Council of the All Progressives Congress for the Edo 2020 Governorship election has queried the readiness of the Obaseki-led government to heed the warnings of the National Emergency Management Agency and put in place proactive measures to avert disaster and destruction of properties in flood-risk areas in the state.

This was in reaction to the prediction of the Nigerian Meteorological Agency (NIMET) and the Nigeria Hydrological Services Agency (NIHSA) which marked Edo State as one of the highly probable flood-risk states in the country.

Mr. John Mayaki, the Chairman of the State Media Campaign Council, in a statement released on Thursday accused the state government of emptying the state treasury on sponsorship of nefarious political activities, fake protests, and campaign of calumny in the media while neglecting important governance issues such as the management of flood and the protection of lives and properties.

He said: “The warnings of NEMA, based on the predictions of NIMET and NIHSA, that Edo State is among the highly probable flood-risk states in the coming months, should send alarm bells ringing in Osadebey Avenue as a matter of high priority for the state government. Unfortunately, in Edo State today, the governor at the helm is only concerned with nefarious political activities and name-calling.”

“Already, in these areas and beyond, the sprinkles of rain we have seen in the past few weeks have caused great devastation, in some cases leading to the avoidable loss of lives.”

“Edo people should not be made victims of Obaseki’s desperation and mindless politics. We are going to mount pressure to ensure that NEMA’s call for proactive measures is heeded.” 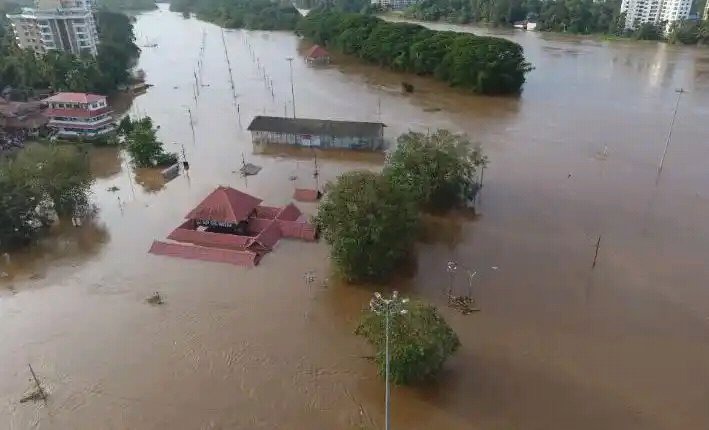 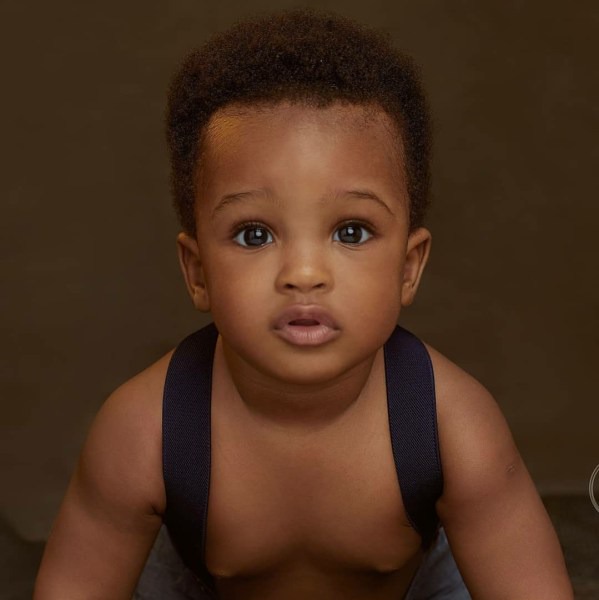 4. NBA must fight for public cause - Falana, Belgore, Odinkalu.

Top human rights activists and senior lawyers have called on the Nigerian Bar Association (NBA) to renew its interest in taking up cases that deepen people’s access to justice and protection of their socioeconomic rights as spelt out in the Nigerian constitution and other statutes.

Speaking on the topic, leading human rights activist Femi Falana (SAN), urged the NBA to return to its old tradition of taking up litigation on matters of public interest, recalling how he and others had used the Freedom of Information Act, among others, to challenge governments’ positions on issues of public interest.

He lamented that the NBA was gradually losing its role as the frontline defender of the legal rights of the masses, urging the body to urgently restore the optimism with which it fought against social injustice in the past.

Muhammad Dele Belgore (SAN), another panelist at the webinar, urged the NBA to place premium on protecting and enforcing “economic and social rights of the people as that is a way of bringing about societal change”.

He urged the lawyers’ umbrella body to do more to give voices to the voiceless in the society, especially in the area of socioeconomic rights.

“Such economic and social rights include the rights of women, right to earn a living wage, freedom against job discrimination, pay equity, housing and security rights,” he added.

Speaking on the COVID-19 pandemic, Belgore added: “Whilst governments are struggling to strike a balance between protecting health, respecting human rights and minimising economic and social disruption, that balance must not be against the citizen’s economic and social rights”.

He said while litigation in defence of civil and political rights are fairly commonplace, those of economic and social rights are not and “these rights are arguably more consequential to the ordinary citizen than those classes of rights”.

Prof Chidi Odinkalu, a leading human rights activist, said he had long lost faith in the NBA as a defender of human rights, adding that he no longer regards himself as a Nigerian lawyer.

Odinkalu, a professor of law, stated that the NBA is not even advocating for the cause of lawyers who have been arbitrarily detained let alone be a champion of rights for the general public.

He argued that defending the rights of the citizens is the role of the lawyer in society, contending that there was so much for the NBA to do in helping to give people access to justice and protecting their human rights.

The Chief Judge of Lagos State, Justice Kazeem Alogba, who was also in attendance, spoke on the accelerated process by courts in Lagos in hearing applications for bail without delay. 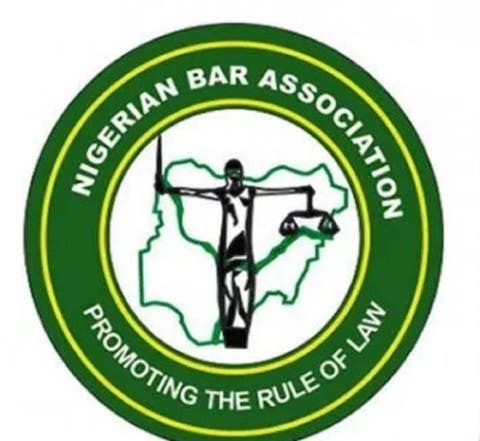 5. Why we are helping to raise more Soyinkas, Achebes - Chukwuka, Greenlife Boss.

The Executive Director, Greenlife Pharmaceuticals Limited, Mr Ebuka Chukwuka, has said his company is supporting the annual Rising Stars Writing Competition and Awards because of the need to catch budding writers young and help raise more Wole Soyinkas and Chinua Achebes that will put the country on world literary map.

He stated this in Lagos during a virtual meeting where winners in this year’s edition of the RSWCA were unveiled.

Chukwuka also stated that no amount of money invested in education is a waste, as the future of the country depends on the quality of education given her citizens.

Speaking in the same vein, the Head, Human Resources and Public Relations of the firm, Mrs Amaka Nwosisi, noted that as a responsible corporate entity, Greenlife Pharmaceuticals would always be the frontrunner in giving back to the society and supporting worthy causes. 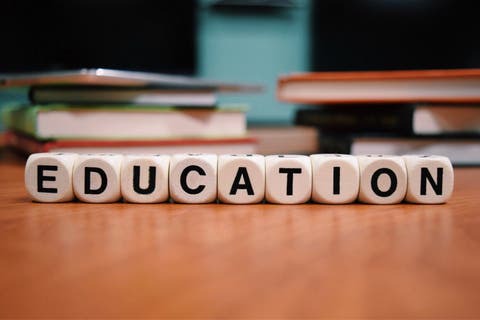 These are some of the Breaking News in Nigeria this Afternoon.