By MediaOzai (self media writer) | 1 year ago 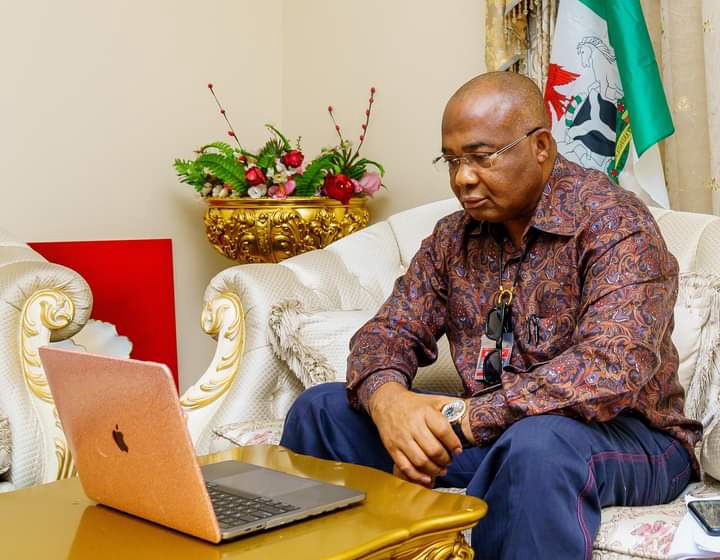 The Peoples Democratic Party PDP, in Imo State, have accused Gov. Hope Uzodinma and his aides of "hijacking" the 774,000 job scheme being supervised by the Federal Ministry of Labour.

The Imo PDP in statement by its State publicity secretary, Ogubundu Nwadike, expressed worry over the development.

He alleged that the PDP had found out that the state government had decided to share the slots allocated to the state to only members of the governor's political family.

"This party finds it most worrisome and most unacceptable that the current regime has decided to share the 27,000 jobs among only loyalists of Senator Hope Uzodimma and his Camphope political pressure group. The jobs were allocated to Imo State and Imo people. They were never allocated to the people at the corridors of power at this time, their families and their stooges.

"Therefore, Imo PDP uses this medium to vehemently express its rejection of the exposed plans by this regime to greedily and avariciously corner the 27,000 jobs for itself and its few supporters. Imo State is for all Imolites and never for the few people on the corridors of power.

"This party noted that expectedly the unpatriotic, nepotistic bigotry by this regime has ignited resistance among Imo people in all the local government areas where discrimination is being perpetrated by this regime against Imo people. It is most appalling that the relevant forms are being hoarded and shared clandestinely by this regime to members of Camphope and Uzodimma loyalists, while non-Uzodimma loyalists and Camphope members are given very stringent conditions and even charged fees secretly to enable the applicants obtain the appropriate forms.

"We therefore call on the relevant authorities, including the National Assembly, the Minister of Labour and others to intervene on this matter and call the regime in Imo State to order.

"Our party, after due considerations, hereby charges the Uzodimma regime to remember that it is serving entire Imo State and not only the Camphope political group. Therefore, let the modalities for determining who qualifies to get the form be worked out so that nobody or group of people will hijack and misappropriate our common patrimony as a State and a people, which in this case comes as 27,000 job opportunities from the Federal Government. Imo State belongs to all Imo people."

Nwamkpa said that the state government did not hijack any process and would never do.

He said " PDP should stop making noise.They are not the only opposition party in the state. PDP should be reminded that opposition is not a license to be irresponsible.They governor will never hijack any process ."