Asiwaju Tinubu's Knee Surgery: More Cosmetic Than From An Ailment

By IniMorgan (self media writer) | 16 days ago 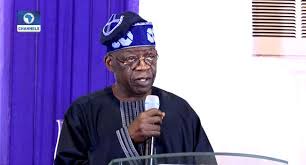 This opinion hereby finds the duty to debunk the campaign of calumny spread against the person of the former represnetative of the Lagos West Senatorial District in the 3rd Nigerian Senate, and the first Governor of Lagos State in the 4th Republic, Senator Bola Ahmed Tinubu, which related his recent knee surgery to an ailment he is insinuated to suffer. Those who keep the attempt at taking out the Jagaban Borgu from the political pitch of 2023, went on to suggest that Nigerians should avoid electing a President that would be in and out of hospital as the incumbent has been, suggesting a waste of national resources by so doing.

Those who nursed the above suggestion curtain their clandestine reference to the unfortunate medical needs President Muhammadu Buhari has been subjected to, starting few months after his assumption of office as Nigeria's 4th President in the 4th Republic: a situation caused, much more, by the hazards he suffered through 3rd party indices as a sitting President, not from any initial complications around his health, which was not before his assumption of Nigeria's 5th democratic Presidency.

The insinuation therefore that both President Muhammadu Buhari and Asiwaju Bola Ahmed Tinubu suffer illnesses that takes them in and out of hospitals is the fabrication of political jobbers bent on spinning theories that conspire to suggest the untrue. 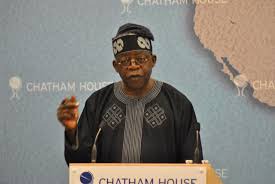 It would be noted that both men, who participated actively in the vigorous electioneering campaigns that led to the resting of Nigeria's opposition struggle, and for the first time in our history, remived a sitting President through a popular mandate freely given, were very healthy individuals, until President Buhari was unfortunate harmed, and on returning from the Gambia, was rushed to Britain, where he spent 7 months in.the hospital.

Both men could not have achieved the feat they attained if they have any bodily ailment in all the electioneering campaigns they undertook in the past. There was no way such ailments could have been hidden away from the prying eyes of Nigerians. We all saw what happened in the case of our late President, Umar Musa Yar'Adua, whose campaign was overtaken by the then President Olusegun Obasanjo.

In a recent viral video capturing the National Leader of the ruling All Progressives Congress (APC), Asiwaju Bola Ahmed Adekunle Tinubu, been escorted out of the venue where he met with members of Northern Caucus of the Party in the Nigerian House of Representatives, ably led by the Deputy Speaker, Ahmed Idris Wase, this opinion observed that the "swag" of the Jagaban Borgu, who is also the Asiwaju of Lagos, by the way he walked, was different; devoid of his usual slight bent to his leftside. His walk was observedly a straight one, without a sidewards bend to his leftside, in that video. 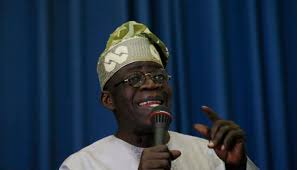 Having found so much passion in studying the man whose politics I have come to admire so much, for his liberality and commaredie, it is with pleasure therefore that I now pen my persuasion, in spite of the general, but erroneous notion that Asiwaju Bola Ahmed Tinubu had been sick, needing a knee surgery, I am verily convinced that his knee surgery was more of a cosmetic undertaking, demanded to straighten his left knee, than it was a medical need, aimed at treating an ailment

It is true, as I also choose to agree, that the unannounced interest and intention of the Asiwaju to run for the Office of Nigeria's President in the 2023 Presidential election, from a long term plan that is very obvious, built and executed over many years ago until now, the Asiwaju's knee surgery is only one of the finishing touches he has decided to effect to ensure the emergence of one of the best President Nigeria would be blessed to enjoy. I have beleived that the knee surgery is from the mindset of Asiwaju Bola Tinubu that a President needs to "walk-the-walk" of a President.

Nigerians who have kept tune with the exigency of the Asiwaju's Presidency, though he is yet to indicate his interest, should not be deterred by the campaigns suggesting he is a sick person in any way, and going on to suggest that his poor health would distract him from his mandate, when he is elected as Nigeria's President in 2023. 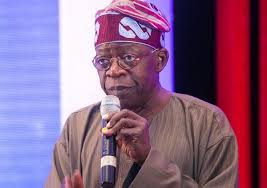 If there is anything to the Asiwaju's recent medical needs, let Nigerians, both for and against any interest he may nurse, or not, in our Presidency, know that his recent knee surgery was from the Asiwaju's personal request, as a need in partial fulfillment for the better emergence of one of the best Presidents Nigeria would have from 2023.

Two examples that the Asiwaju learnt his politics from has informed this seeming decision of his: as Governor of Lagos State, he understudied the successes of the late Alhaji Lateef Kolawole Jakande's model of political governance, and bettered it. And as it is insinuated that he nurses a presodential ambition, this opinion believes that he can only do so, understudying the mentor and patriarch of the politics of South West Nigeria, the late Chief Obafemi Jeremiah Awolowo, and he us looking forward to surpassing his (Awolowo's) political governance in the South West, which is project-able for Nigeria and Nigerians.

Chief Obafemi Jeremiah Awolowo was the man the late Biafran warlord, Chief Emeka Odumegwu Ojukwu, in his tribute at his (Awolowo's) death, acclaimed as "the President Nigeria never had". That President that Nigeria never had, is who Asiwaju Bola Tinubu intends to become, if at the end of the year 2022 he shows his interest in the race.

As he makes himself ready to return to the country, therefore, I join all well meaning Nigerias to pray for his safe arrival back home. Amen!