By Kakaakinews (self meida writer) | 10 days

Vice President Yemi Osinbajo today, on behalf of President Buhari, attended the commemoration event of the 60th Anniversary of the Republic of Sierra Leone in Freetown, Sierra Leone. 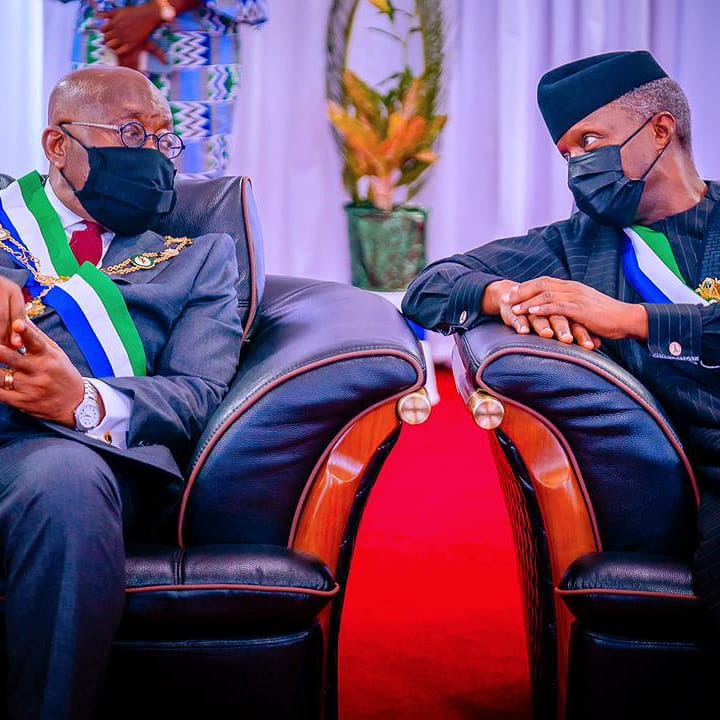 His visit was amplified on Twitter by many of his admirers, who extolled his virtues of hard-work and diligence.

A Twitter user, @WadayahayaWada said "It is a good one that we have a Vice President that knows his onion. I celebrate him, he always represents the country well." 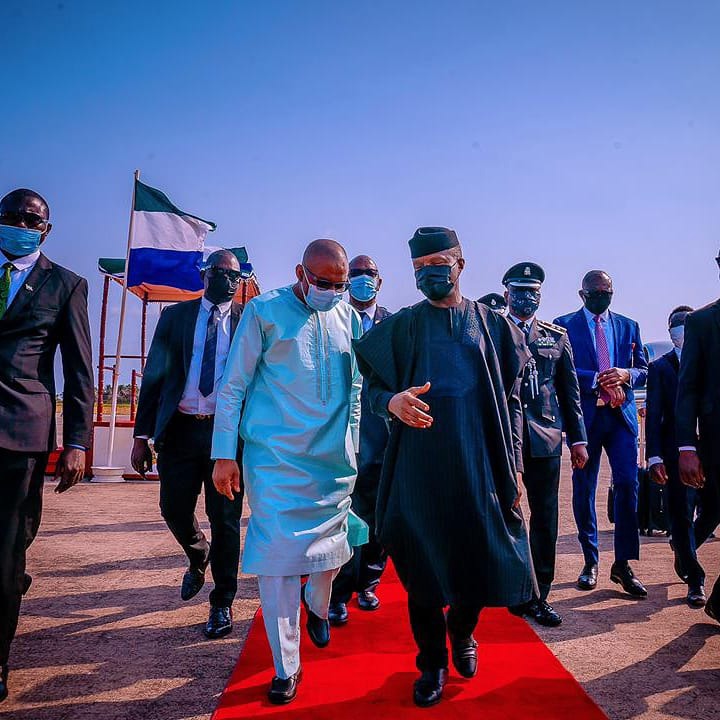 Also, @SirAbelOfficial tweeted that "Historically, both Nigeria and Sierra Leone have shared cherished and cordial relations at least right from colonial times. The relationship has continued and is evidenced in the socio-economic, technical and security cooperation over the years."

The trend generated about 2,000 reactions.

A couple of Nigerians have slammed some clergymen, including Pastor Tunde Bakare, Father Ejike Mbaka, Adeboye and Oyedepo for the support given to President Muhammadu Buhari, claiming he would stabilise the country.

@VictorIsrael said "Pastor Tunde Bakare and Father Mbaka coming to tell us that God told them that Buhari will stabilise Nigeria is an eye-opener to the fact that not all Men of God hear from God."

@JosephJohnOluw2 said "Buhari actually had good intentions for this country. But with all that is happening, he has been silent and we all know silence is consent. Buhari of course has turned from good intentions to bad intentions for us. There is trouble in the land, we need God's divine intervention."

Similarly, in a video clip circulated on social media which seemingly replies the numerous mumblings of some Nigerians, shows Pastor Tunde Bakare addressing those he termed as noisemakers for always querying the ancestry of the APC National leader; Ahmed Bola Tinubu, as if that was capable of resolving the issues currently facing the nation. He said "Knowing the name of Asiwaju's biological mother or father, or his place of birth cannot put food on the table of the hungry or create jobs for the unemployed and the unemployable. Adding that, "despite his growing up challenges...he delivered Lagos State and nearly all the Southwest states from the onslaught of the PDP from 1999 to 2007.

The trends accumulated well over 70,000 tweets.

Some of the reactions that follow the news which trended on social media can be seen below:

@MusaYakubuMust2: "There's a permanent US military base in Africa, the Combined Joint Task Force (CJTF-HOA) of the African Command (USAFRICOM) is in Djibouti since 2002, not to talk of other Forward Operation Bases spread across the continent. I don't think more US boots on the ground is the way out."

@Kachi_88: "Even if they want to consider this proposition, it won't be in Nigeria. Ghana will still collect the shine from us."

@cchukudebelu: "AFRICOM doesn't really care if a given African nation faces internal collapse. What they care about is if the military of that nation is willing to fight armed Islamic extremists who potentially threaten US interests. Two examples: Chad and Cameroon. Same applies to Nigeria."

The trend got about 4,000 engagements.

Meet The Only African Player Who Won The Ballon d'Or