Top 5 Nigerian Professors Sent To Jail And Their Offences

By Abu_Hikmah (self meida writer) | 1 months

Professors are not God. Thus, they're not infallible. However, having reached the pinnacle of their careers, with years of experience, so much is expected of them in terms of moral conduct.

Sadly, some of them have fallen short of these expectations. In recent times, some have even been convicted and sent to jail for embarrassing offences.

In this piece, I list the top five Nigerian professors who have been sent to jail and the offences they committed. 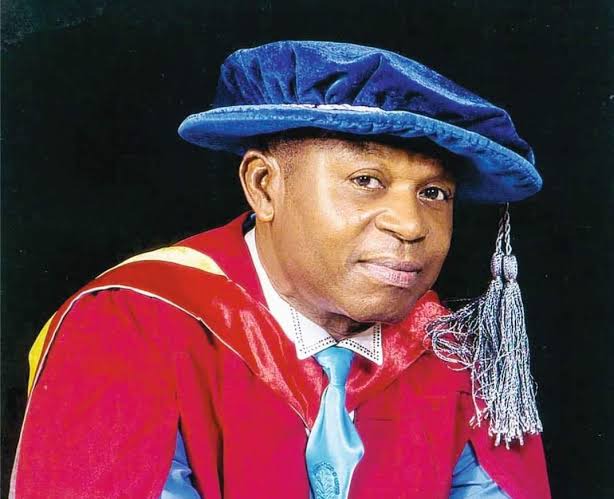 Peter Ogban is a Professor of Soil Physics and Conservation. He lectures in the Department of Soil Science, both in the Universities of Uyo and Calabar.

He acted as the Collation/Returning Officer during the National Assembly elections in Akwa Ibom state.

On Thursday, March 25, the Akwa Ibom State High Court 2 found Professor Ogban guilty of the case of electoral fraud levelled against him by the Independent National Electoral Commission (INEC).

The professor allegedly manipulated and falsified the scores of election results in some local government areas in favour of the All Progressives Congress (APC).

He was sentenced to three years in prison. 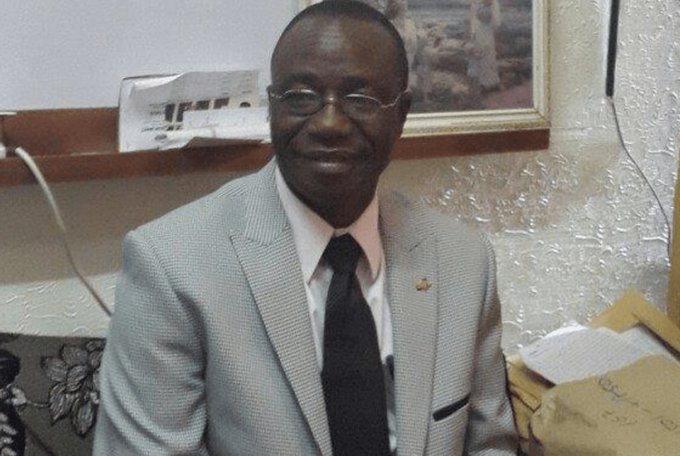 In 2018, Richard Akindele, a Professor of management accounting at Obafemi Awolowo University, was caught in sex-for-mark scandal.

He was found guilty of asking one of his students for sexual benefits in exchange for marks.

Professor Akindele was eventually sacked while the Independent Corrupt Practices and Other Related Offences Commission (ICPC) dragged him to court afterwards.

The court convicted him and handed him a two-year jail term. He has since completed the term.

Professor Benjamin Ogunbodede, former Executive Director of the Institute of Agricultural Research and Training (IAR&T), was in 2017 sentenced to 40 years imprisonment by a Federal High Court in Ibadan.

Ogunbodede, a Professor and a priest of the Anglican Church, alongside others, was found guilty of a 10-count charge bordering on conspiracy, unlawful conversion, and stealing of school subvention, which was brought against them by the Economic and Financial Crimes Commission (EFCC). 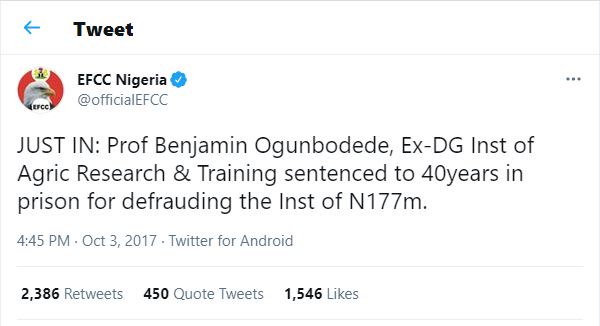 In 2006, Professor Festus Oguhebe who was working at Alcorn State University in the United States was sentenced to five years in prison.

His offence: Professor Oguhebe allegedly punished one of his children by covering the boy with ants and putting pepper juice in his eyes.

He was found guilty of child abuse.

Professor Ignatius Uduk is a  professor of Human Kinetics in the Department of Physical and Health Education, University of Uyo.

He served as a collation/Returning Officer in charge of Essien Udim constituency in the State Constituency election of March 21, 2019.

The professor was also arraigned by INEC over election fraud.

While Professor Uduk’s case is still pending, he was in December 2020 remanded in prison for five days before

The court had earlier issued a warrant of arrest on the professor after he repeatedly failed to appear for the commencement of his trial.

He was eventually granted bail. His trial is still ongoing.

Meanwhile, another professor, Dibu Ojerinde, is also currently on the verge of prison. The ICPC recently arrested Ojerinde who is a former Registrar and Chief Executive Officer of the Joint Admission and Matriculation Board (JAMB), for allegedly misappropriating N900 million.

Ojerinde is an emeritus professor at Obafemi Awolowo University.

Currently, the ICPC has temporarily confiscated houses, filling stations, schools, and other properties allegedly belonging to him.

The ICPC said Professor Ojerinde is being held on a remand warrant and will soon be charged to court upon the conclusion of it's investigation.