By Ayekooto1 (self media writer) | 9 months ago

The tag team of Muhammadu Buhari and Yemi Osinbajo was supposed to be the ultimate combination that would change the direction of Nigeria. The combination of Goodluck Jonathan and Namadi Sambo was not so appealing to Nigerians. While it looked like the Jonathan administration had done well to improve the economy, insecurity remained a huge problem and was one of the reasons he was voted out of office.

During the 2015 election campaign, supporters of Buhari and Osinbajo hyped up the tag team and told Nigerians that the combination of the two men would allow for division of governance. While President Buhari would focus on insecurity based on his military experience, Osinbajo would help to steer the economy to a positive direction. 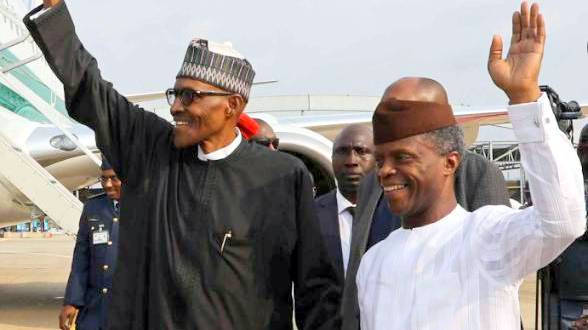 It has been six straight years that the duo has been in office and it does not look like the planned division of labour ever materialised. In fact, since President Buhari returned to office in 2019, many have observed that Osinbajo’s involvement has reduced.

On the issue of insecurity, the country has not fared any better. While Boko haram attacks have reduced considerably, other forms of violent attacks from other groups have been recorded. Also, it seems all part of the country is recording its own form of insecurity or the other.

The economy that was supposed to be managed by Osinbajo has also been an issue of worry for most Nigerians. The economy has gone into recession and although it is out of it on paper, little has improved in the life of the ordinary Nigerian. Many people are still living below the poverty line and ease of doing business is difficult.

From a neutral point of view, it seems the so called “Buhari will handle insecurity, Osinbajo will manage the economy”, existed in the imagination of their supporters and not in the plan of the presidency.