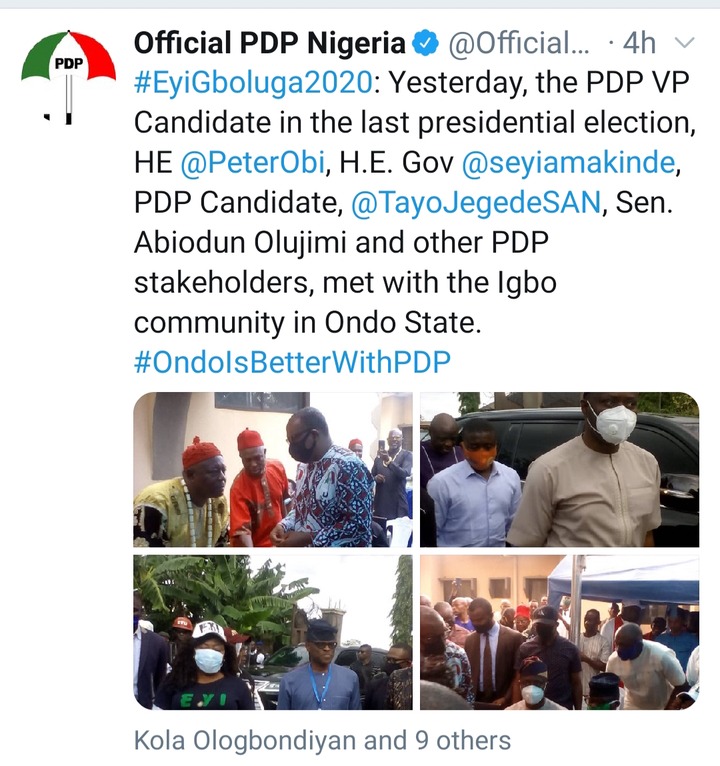 The October 10 Governorship election in Ondo State is few days from now and the PDP is doing everything legally possible to win the Ondo State election. 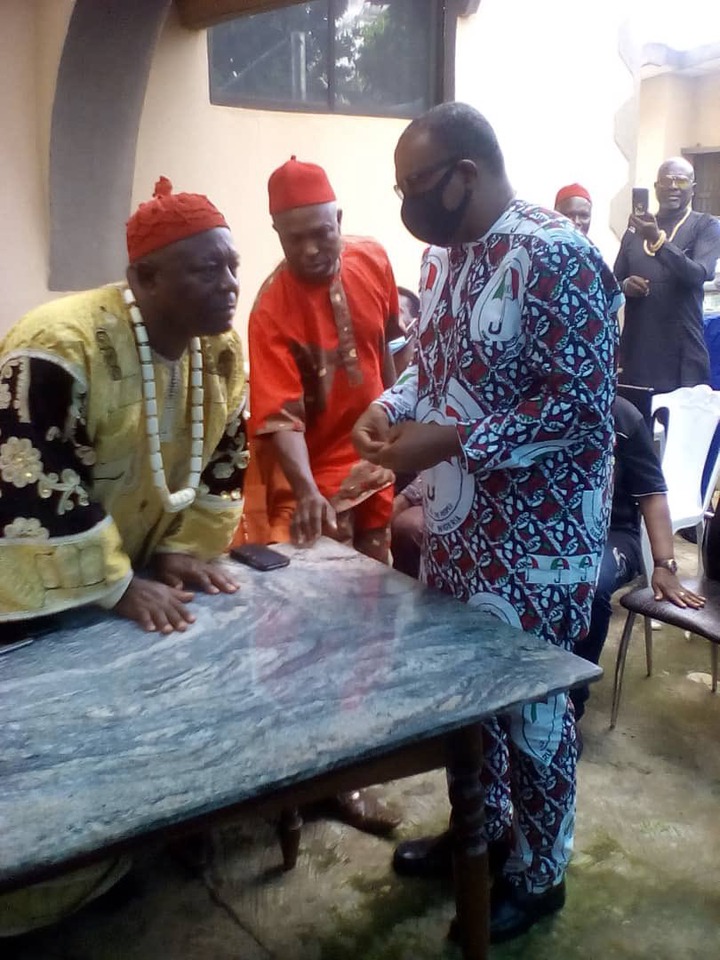 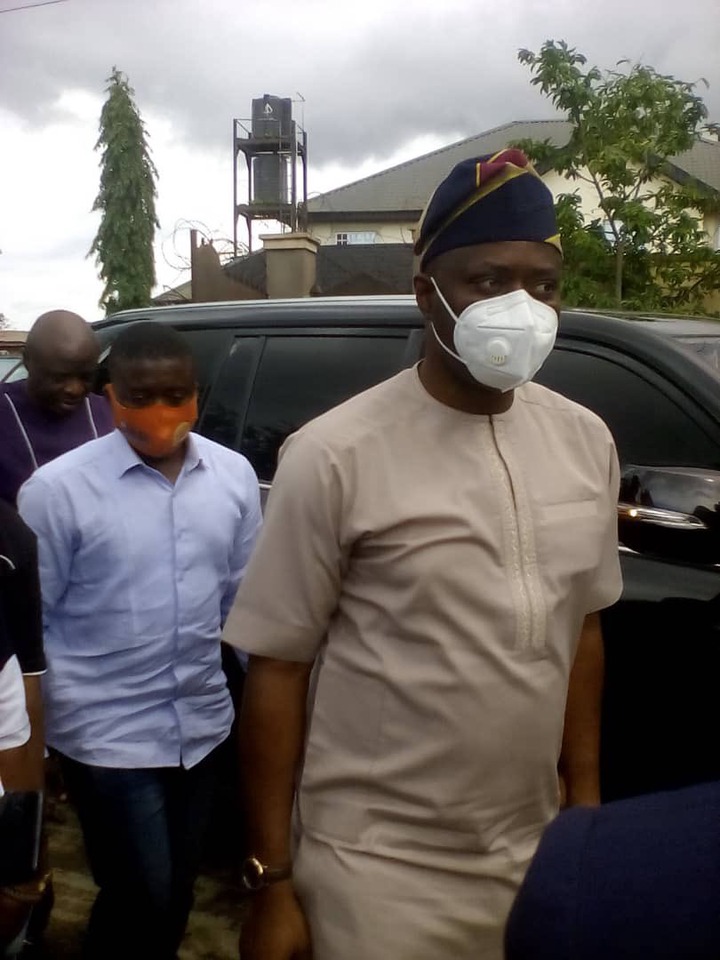 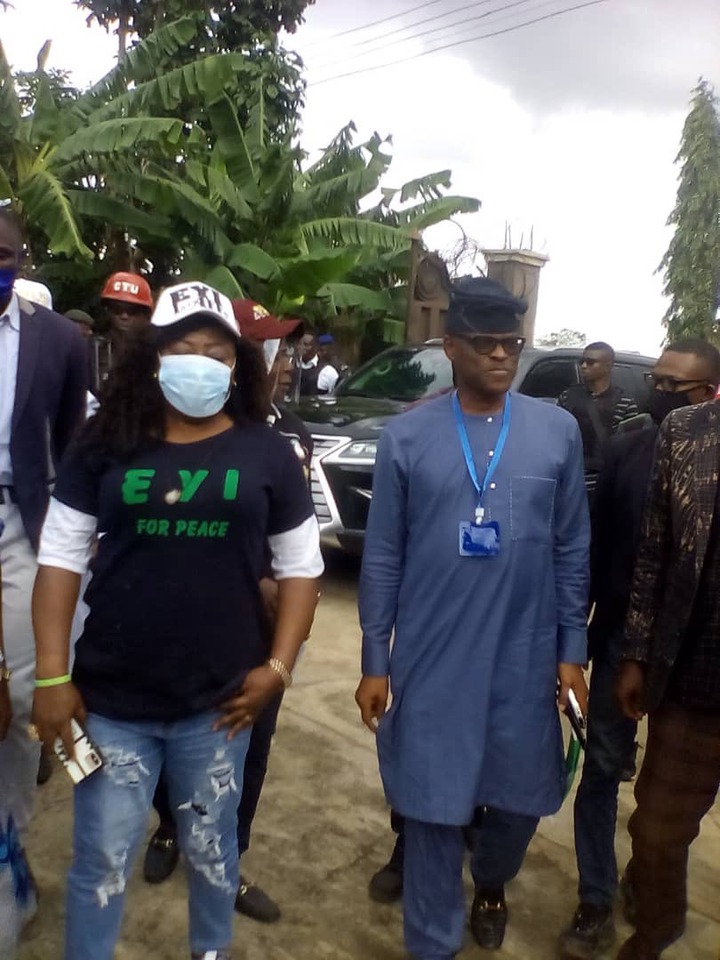 The party knows the influence of non indigenes of Ondo State will have in the election and is working hard to win their support. Recently, the former Kano State Governor and Senator who represented Kano State in the eighth Senate, Senator Rabiu Musa Kwankwaso was in Ondo State where he met Arewa community in Ondo State to mobilize them to vote the PDP candidate Eyitayo Jedege. Now Mr. Peter Obi is in Ondo State to meet with the Igbo Community to vote for the PDP candidate. Peter Obi who is a popular politician in the Southeast is known by many for his prudent management of the resources of Anambra State which saw him develop the state to an enviable height.

The People's Democratic Party is looking forward to winning another state in Southwest. The party won Oyo State in the 2019 Governorship election and looks hopeful of winning Ondo State, especially with a popular candidate like Eyitayo Jedege who is a grassroot politician in Ondo State. Over 1 million registered voters in Ondo State will come out on October 10 to elect a Governor who will run the affairs of the state till 2024. The Independent National Electoral Commission, INEC has already declared its readiness to conduct a free and fair election just like it did in Edo State on September 19.