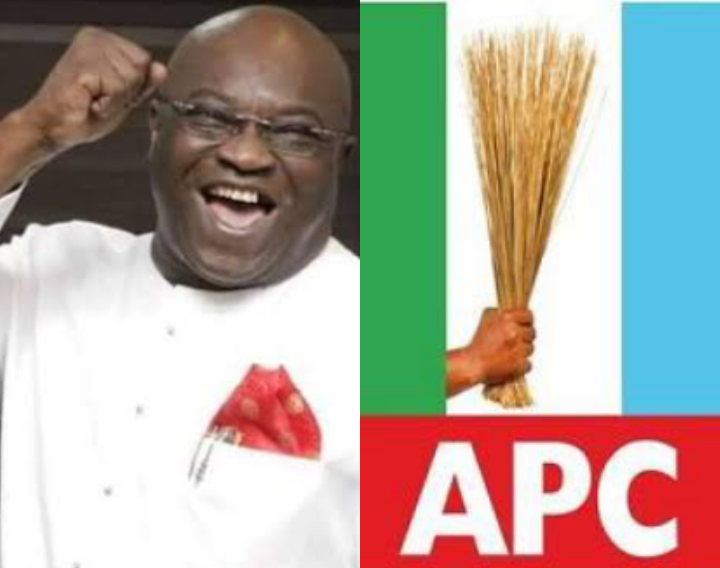 Another Politicain Dumps Party For APC 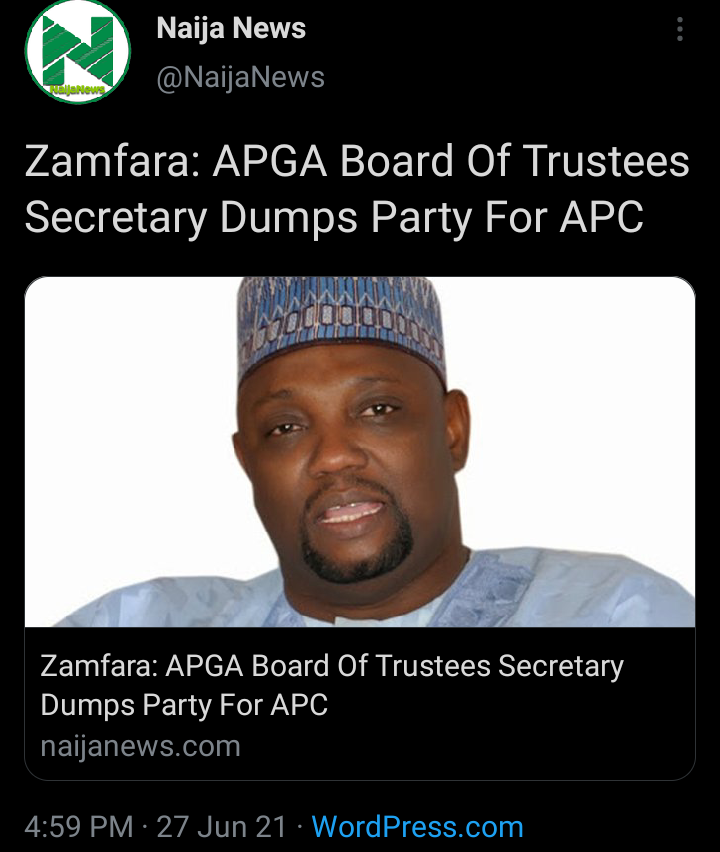 The letter also contained his resignation from the position of APGA BOT secretary. 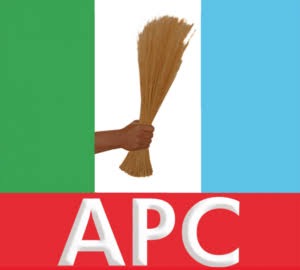 The people of "Ukwa La Ngwa" extraction of Abia State have resolved to retain the governorship seat of the state ahead of the 2023 general election. 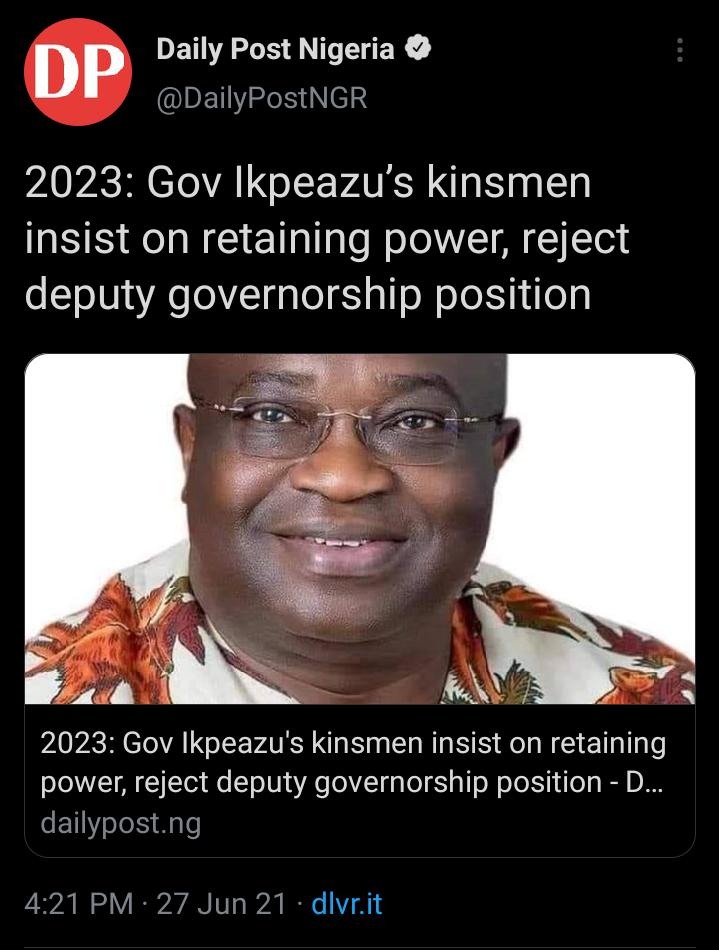 Daily Post gathered that incumbent Governor, Okezie Ikpeazu hails from the extraction and is currently serving a second term in office which will end on May 29, 2023.

Rising from its inaugural meeting held in Okpuala Ngwa in Isiala Ngwa North Local Government Area of the state, the people of Ukwa La Ngwa bloc who spoke through their Elders’ Council as contained in a communique issued to newsmen during the weekend in Umuahia, the state capital, also resolved that no son or daughter of the area should accept the position of deputy governorship from any party.

A northern political group, the Tinubu Peoples Network (TPN) has declared Asiwaju Bola Tinubu as their chosen candidate for the All Progressives Congress (APC) presidential ticket for 2023 polls. 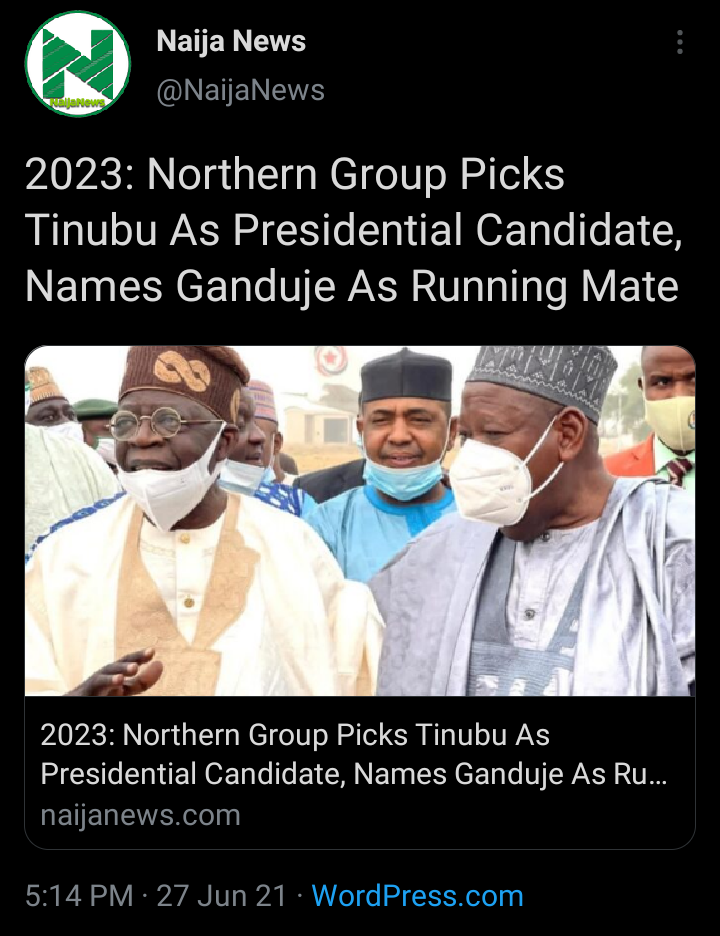 The group which stated that there is no better person to lead Nigeria at the moment also picked current Kano State Governor, Abdullahi Umar Ganduje as their preferred running mate for Tinubu.

Announcing the Tinubu/Ganduje ticket, TPN emphasized the importance of having the right people as leaders of the country come 2023.

The coordinator of the group, Muhammad Tajo Nagoda pointed out that the antecedents of Tinubu in office as the Lagos State Governor as well as the current achievements being recorded by Ganduje in Kano, influenced their choice of the two persons as their candidates for the 2023 presidential election.

Ebebeagu Not After Politicians But Hoodlums, Bandits - Umahi

Ebonyi State Governor, David Umahi, has reaffirmed that Ebubeagu security outfit will not go after politicians but hoodlums and bandits that are wreaking havoc to the people of the state. 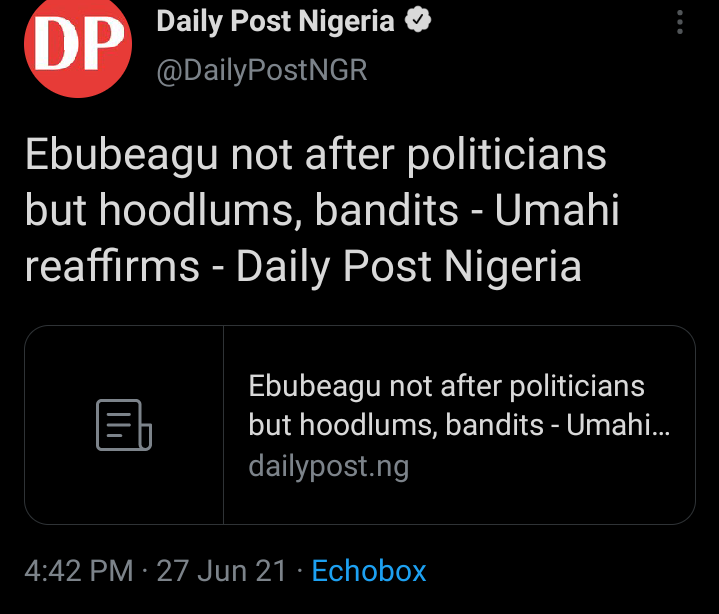 Umahi equally stated that his administration approved the sum of six hundred million naira (N600,000,000) for the construction of residential quarters for security officers in twelve out of the thirteen local government areas of the state.

He said that his administration is poised to partner police, Army, Ebubeagu and other security outfits to enable him bring to an end the series of insecurity and communal clashes that is wrecking havoc to the state.

The governor made this known while speaking with journalists shortly after in a meeting with the commissioner of police and other security officers that took place at the police command headquarters located at opposite old government house Abakaliki, capital of Ebonyi state.