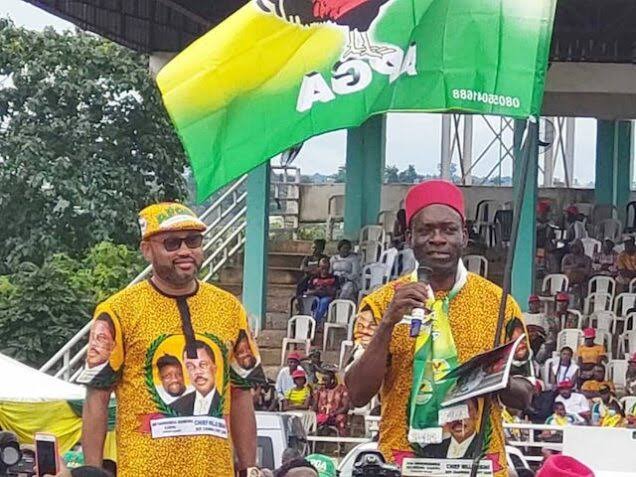 The wife of late Ojuwku whose name is Bianca has said that she refused to attend Soludo's rally in order to protest against the disrespect of APGA to Chukwuemeka Ojukwu. She said that the disrespect was from the doorstep of the leadership of APGA. Do recall that Dr Chukwuma Soludo who is the Governorship aspirant of the Anambra 2021 November 6th Governorship election kick-started his campaign on Saturday which was the 25th of September.

Unlike other rallies in APGA, Bianca Ojukwu did not attend Soludo's rally. She said that the party did not treat her late husband whose name is Ojuwku with respect. According to her, Governor Willie Obiano once described Ojukwu as a person who was no longer useful to the party since he was dead but he is now using his picture for Campaign. She said that she shall permit no one to trample on the legacy of her late husband.

Mr C-Don Adinuba who is the Commissioner for information in Anambra state said that the removal of Ojukwu's picture from the uniforms was not used as a means to insult late Chukwuemeka Ojukwu, he later mentioned that he hopes that Bianca would still join them in the next rally.