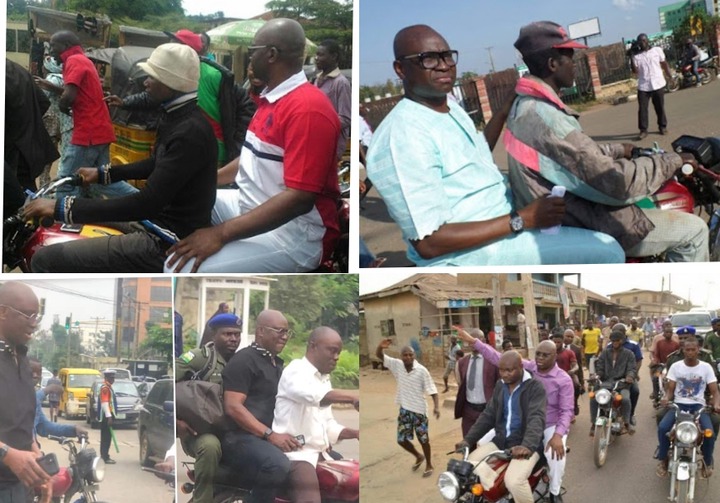 Former Governor of Ekiti State, Peter Ayodele Fayose has on several occasion been spotted on a commercial motorcycle, popularly known as Okada, that I don't see reason why people should see it as something new.

In a recent report, the former governor and chieftain of the Peoples Democratic Party (PDP), took to his Facebook page and shared pictures of himself riding on the motorcycle with his security aide sitting behind him, in Ikeja, the Lagos State capital, on Tuesday, 19th October, 2021.

According to him, he took the "Okada" to avoid missing his flight, due to traffic jam in the state.

"Lagos traffic is no respecter of anyone. I had to take Okada in Ikeja to avoid missing my flight.” 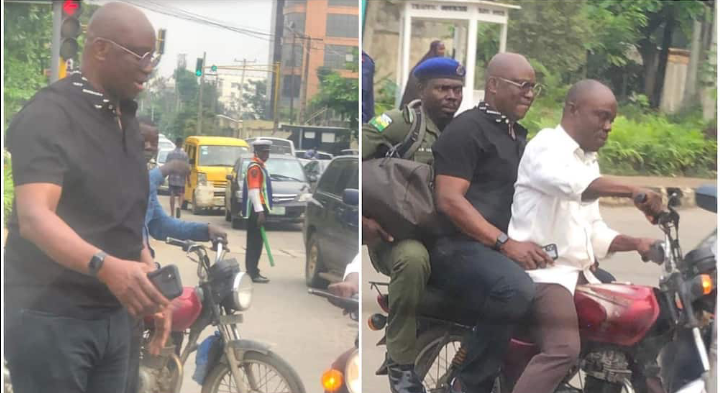 The post got many people talking on social media. A Facebook user identified as Afolabi Oluwatobi said, it is because of such situations that Okada should not be banned in the nation's commercial capital. "That is why Okada shouldn't be totally banned in Lagos. It has saved many people their jobs, interview appointments and all. They should be regulated instead," he said. 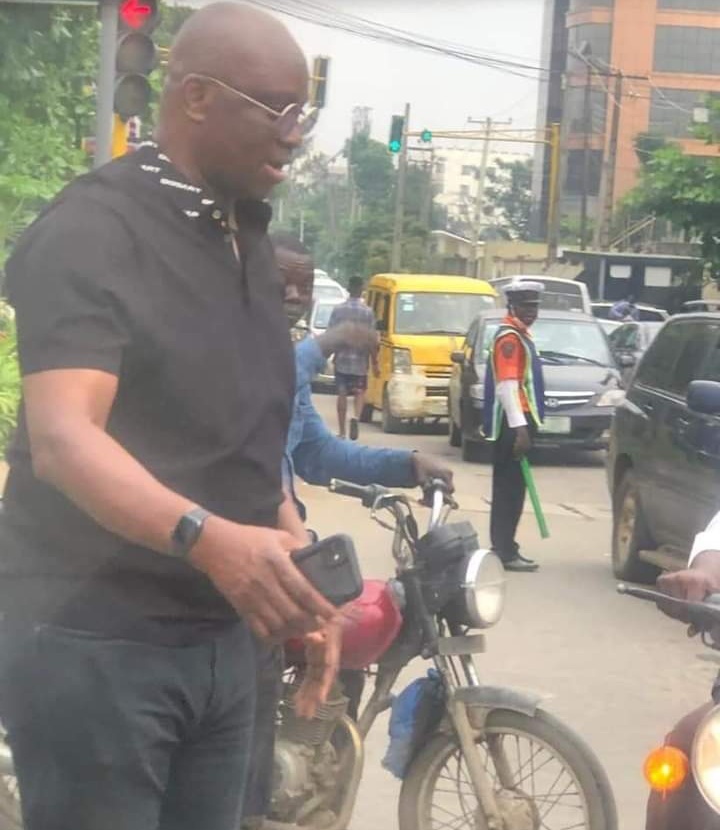 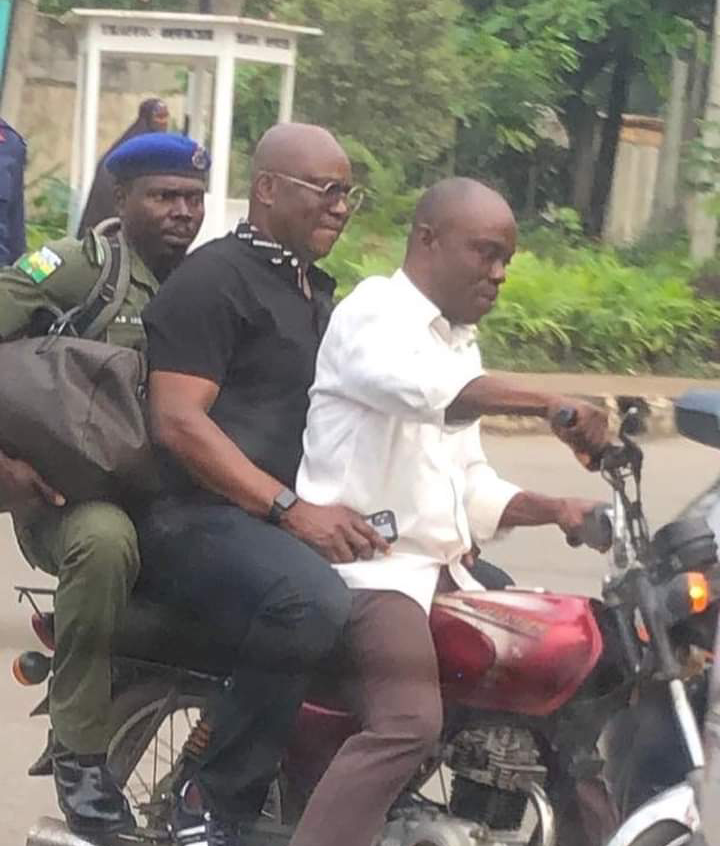 More photos of Fayose on "Okada": 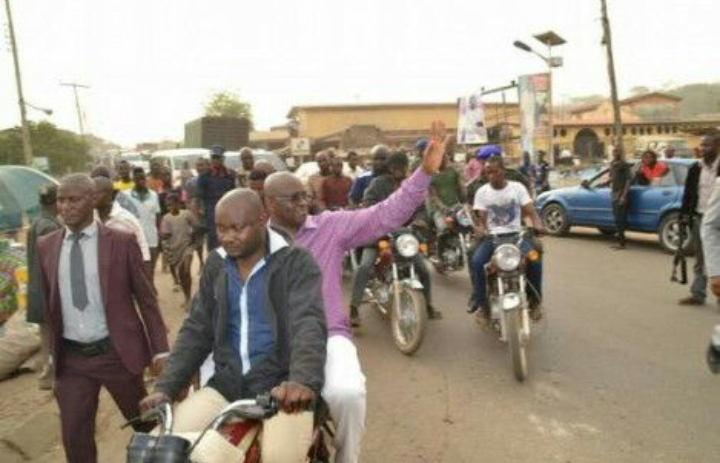 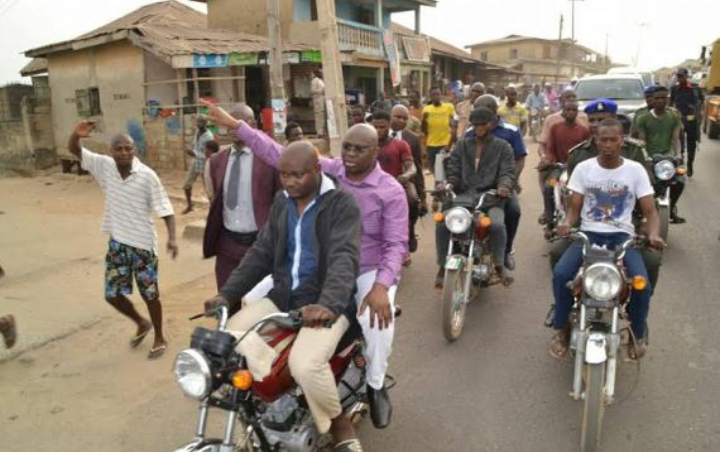 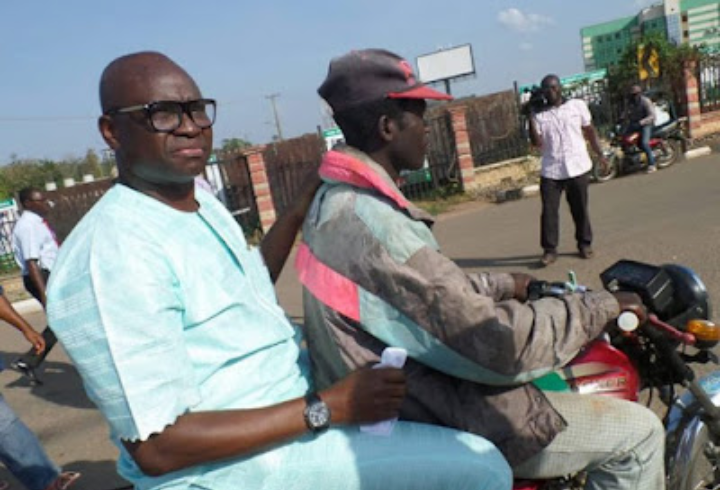 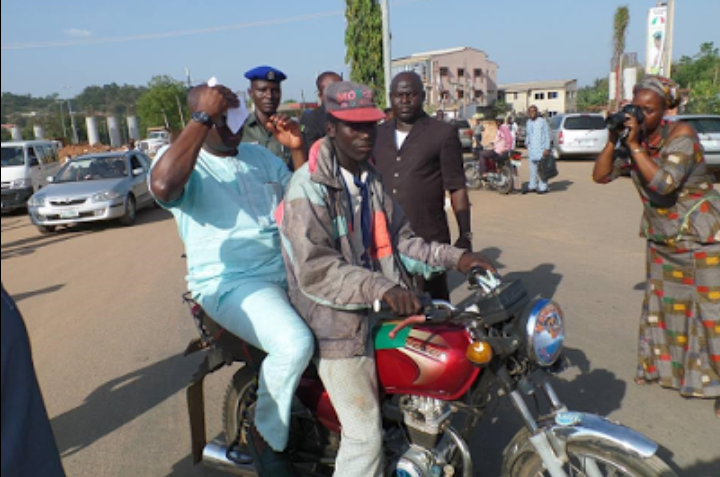 You are free to make your opinion known at the comment section.