Shortly after he was attacked, see the person Gov Ortom told security operatives to arrest 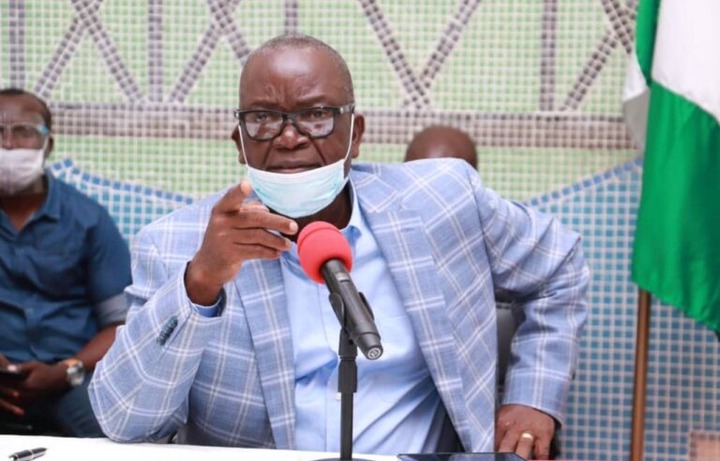 According to a news that was breaking this afternoon, it was made known that the governor of Benue State, Governor Samuel Ortom was attacked by some armed herdsmen who trailed him and his security details to a farm he went to inspect, as it was alleged that the assailants opened fire on them after noticing that the governor only had six security operatives around him, as others stood where vehicles were parked.

The governor while addressing newsmen about the incident, made it known that the assailants opened fire on them near a river bank close to the farm, as they were trekking with their legs to the farm premises, before they were attacked.

He further made it known that after the attack, he ordered DSS operatives and operatives of Operation Whirl Stroke to surround the bush where the herders carried out the attack and that, he has ordered for the arrest of Miyetti Allah Kautal Hore chairman in the state because, he has some questions to answer concerning the attack. 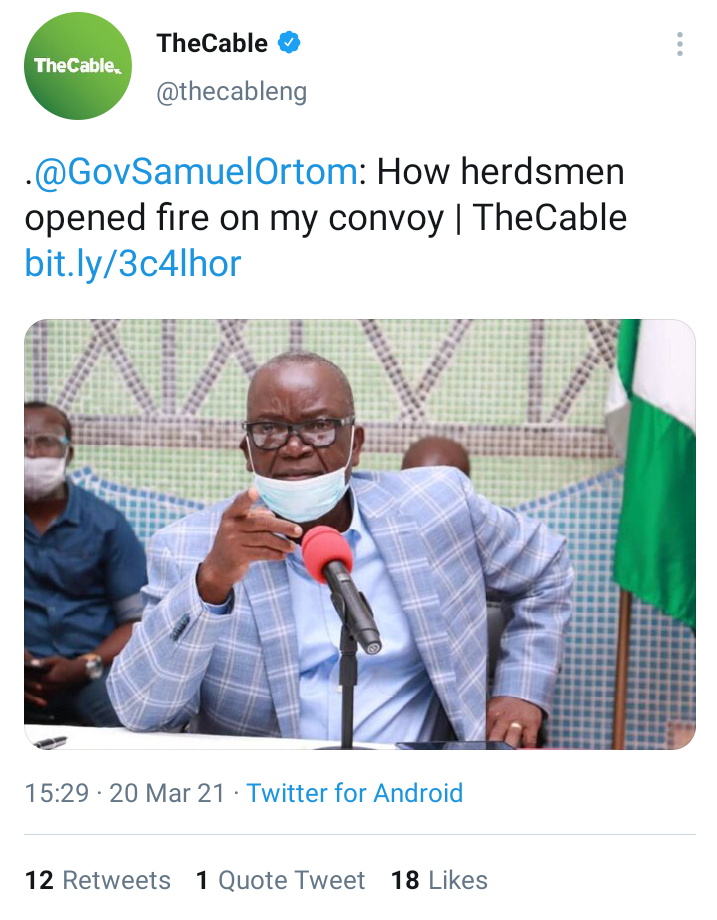