President Muhammadu Buhari has expressed sadness over the passing of Flying Officer, Tolulope Arotile, and condoled with her family on the loss of such a promising officer.

In a condolence message by his Special Adviser on Media and Publicity, Mr Femi Adesina in Abuja Today, the president noted that Arotile’s short stay on earth impacted greatly on the nation, especially in the area of peace and security.

The president saluted Arotile’s bravery in the field to protect the country from onslaught of bandits and terrorists, assuring that her memory would be indelible, and her efforts remembered.

Buhari also commiserated with the Nigerian Air Force, airmen, airwomen and all friends of the deceased, recalling her deft skills in manoeuvring combat helicopters, which he had physically witnessed with pride.

The president sympathised with government and people of Kogi on the loss.

He prayed that the Almighty God would receive the soul of the departed, and comfort the family she left behind.

Tolulope Arotile died in Kaduna on Tuesday after she sustained head injuries from a road accident at NAF Base Kaduna. 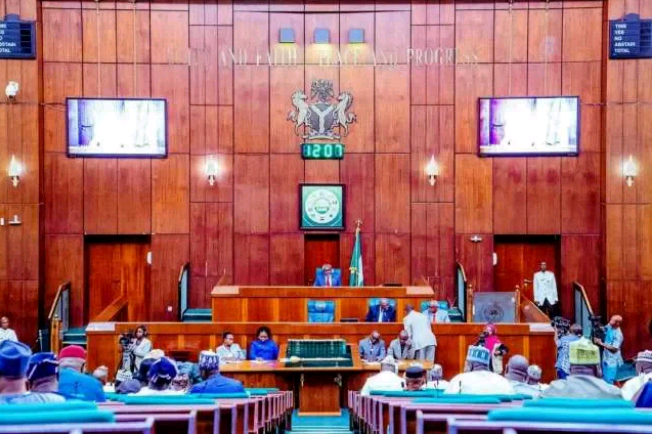 Members of the House of Representatives have said that the recruitment of 774,000 special workers by the Federal Government remained suspended until the National Assembly says otherwise.

It will be recalled that both chambers of the National Assembly, the Senate and the House of Representatives had after a brawl at a Senate committee hearing on the exercise with the Minister of State for Labour and Employment, Festus Kayemo penultimate week put the programme on hold until the federal government explained all grey areas and the modalities for the recruitment.

But the Minister on Tuesday got the nod of President Muhammadu Buhari to proceed with the exercise against the position of the National assembly which appropriates funds.

Reacting to the development, some lawmakers from the House who exclusively spoke to Vanguard in Abuja on Wednesday said that the exercise remained suspended as announced by the parliament until it lifts the ban on recruitment.

Speaking on the matter, Hon. Ben Igbakpa representing Ethiope Federal Constituency, Delta State said that his position is that of the Parliament.

He said: “The truth is that so long the national assembly is the one appropriating for that project, I think it is very wrong to consider ignoring them because there are other measures the House can take to push their position. Until the modalities are sorted out, the programme remains suspended. I think that is the position of the National assembly.”

Similarly, Hon. Solomon Marem representing Mangu/Bokkos Federal Constituency of Plateau State said that the House has not lifted the suspension.

“For now, they can go ahead if they want to but we will see how it will go because it is within our responsibility of carrying out oversight functions; it is through that that we are supposed to expose corruption, inefficiency, and waste in the system. And we are trying to see the viability of that programme vis-a-vis the insinuations that are being made. Two: the modalities of recruitment are very important.

“We are the representatives of the Nigerian people not just members of the national assembly whether in the Senate or House of Representatives. None of us is going to take that position. So, whatever we are fighting, we are fighting for the people because we are also aware that the chief executive of the NDE where the programme is domiciled, who is supposed to implement that programme and the ministry supervises, is also claiming that he is not aware of the procedures that are being carried out.

“And you know that NDE has a database of unemployed youths across the country and if you sideline them, how are you going to get the data? How are we going to get to the truly unemployed? These are the things we are raising. But you know, if the President feels otherwise about the matter, well, we will also explore our responsibility as members of Parliament on the best way we can intervene in the programme.

“But our position as a Parliament stands: that that programme should be suspended until all the issues that are before us are cleared and Nigerians were taken into consideration and they benefit from the programme”, he said.

For Hon. Ben Kalu who represents Bende Federal Constituency of Abia State and doubles as the Spokesman of the House, is no comment for now.

“No comment until we have official details on it from a credible source”, he said simply. 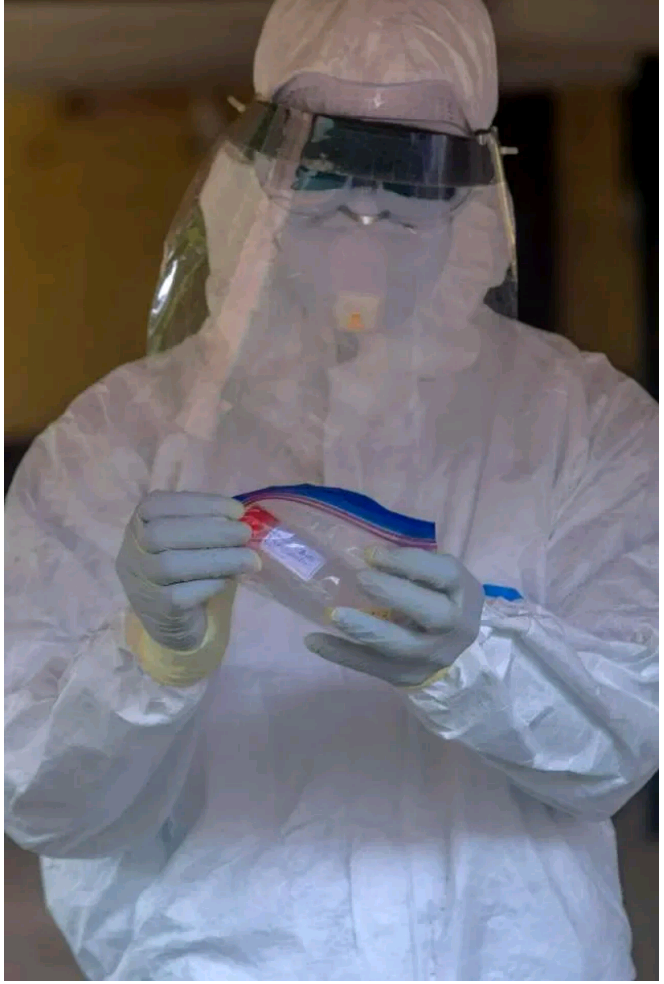 The Nigeria Centre for Disease Control (NCDC) on Today said Lagos State had tested a total of 55,152 samples for COVID-19 pandemic.

The NCDC announced the figures in its COVID-19 Situation Report for July 14.

It said that out of the 199,016 COVID-19 sample tests conducted in the country, Lagos had conducted the highest number of sample tests.

The agency said that Lagos State recorded 128 new COVID-19 infections from the 463 confirmed infections reported in the last 24 hours from 17 states.

According to NCDC, the new infections increase the state’s confirmed COVID-19 cases to 12, 711.

The health agency noted that 19 patients, who were treated and had fully recovered were discharged on the reported day, making 1,935 COVID-19 patients discharged in the state.

According to it, 10 deaths were recorded in the last 24 hours in five states: Delta has three; Edo, Kwara and Lagos has two deaths each, while Enugu State recorded one death.

It said that the new deaths had increased the numbers of COVID-19 related mortality in Lagos to 175.

The data by the Africa Centres for Disease Control and Prevention (Africa CDC) showed that there were 612,586 confirmed COVID-19 cases on the continent, with over 307,069

Striking medical doctors in Lagos have called off its three days warning strike.

The doctors had on Monday embarked on a warning strike over wage disparity between the federal government doctors and state, non-payment of hazard allowance, disengagement of doctors at the isolation centres and two months salary arrears.

The Chairman, Medical Guild, Dr Oluwajimin Sodipo, who spoke to Vanguard said the decision to suspend the strike was to allow for further engagement with the state government on their demands.

He said their members are expected to resume tomorrow (Thursday) morning. 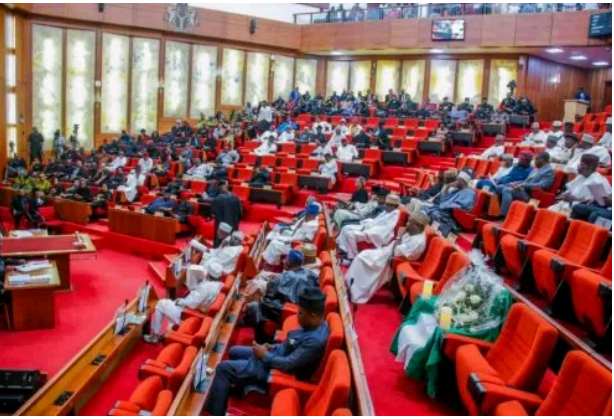 The Senate on Today urged the Federal Government to set up a committee to review the age limit inhibiting Nigerians seeking employment in government agencies.

The senate resolution followed a Point of Order raised by Sen. Ibrahim Gobir (APC-Sokoto) at plenary, which motion he tagged “Urgent Need to Review Age Barrier for Job Seekers During Recruitment and Employment Exercises”.

Gobir argued that a review of the policy had become inevitable, saying the age barrier had prevented many Nigerians from securing employment in government agencies.

He said the age limitation had hindered many graduates from securing jobs years after graduation, which had led to high rate of unemployment in the country.

The lawmaker said this situation had forced many individuals to resort to age falsification to remain within employable age bracket.

“This development where a person believes he is unemployed, can lead them to embracing criminal activities and further increase the growing crime rate and insecurity in the country.

“Before somebody will finish his university at the age of 25, he will finish NYSC at 26; it will take him 10 to 15 years to get employment.

“But when the time comes for getting employment, they will say the person is over age.

In his contribution, Sen. Bala Na’Allah (APC-Kebbi), said that there was need for a holistic review of the policies on age limitation and the long years of embargo on employment y government.

He explained that both factors had affected and contributed to the high level of unemployment in the country.

“So there cannot be justification for you to slam the embargo and at the same time expect graduates to remain at the age they were during the period of the embargo.

In his remarks, President of the Senate, Ahmad Lawan said “I agree with you completely; it is not the fault of the people being discriminated against.

“They will tell you 30 years age limit meanwhile someone had graduated 10 years earlier.

“I am urging the federal ministry of labour and productivity to swing into action immediately with a view to get this problem of age barrier sorted out to allow the teeming skilled and competent Nigerians to be employed by MDAs,” he said.