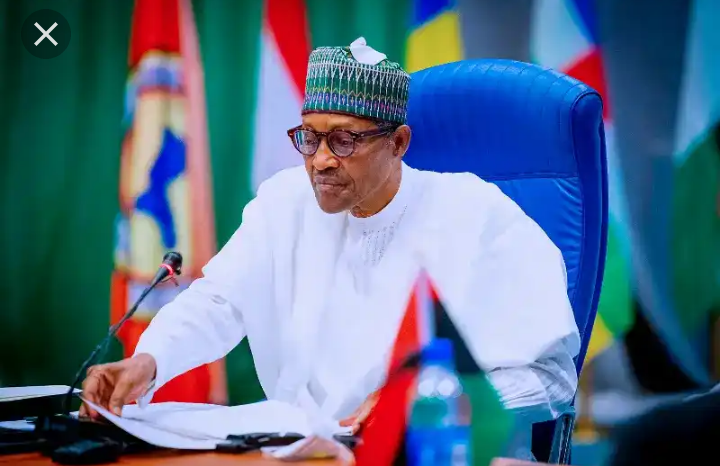 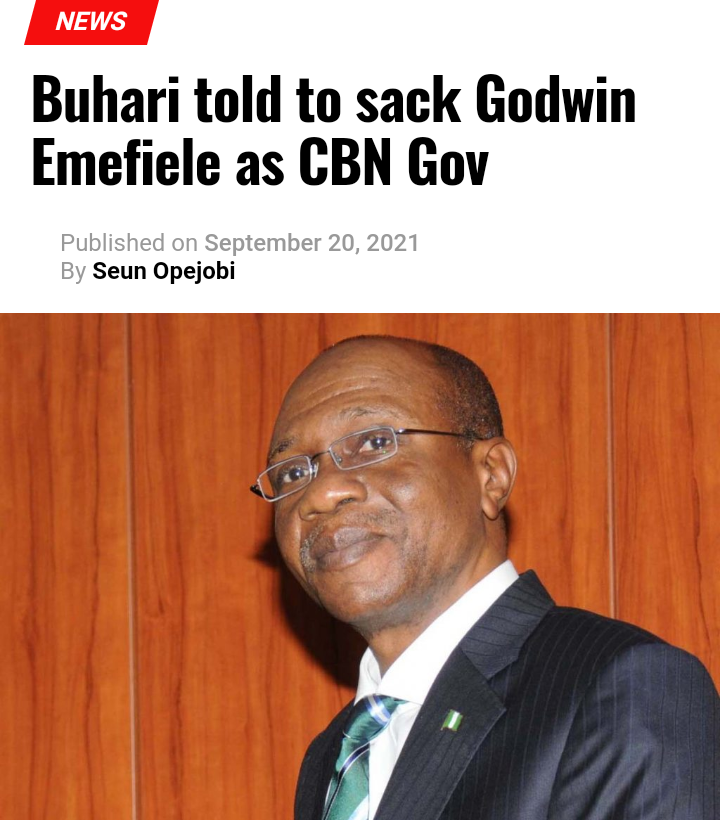 President Muhammadu Buhari, has been urged to sack Godwin Emefiele, Governor of the Central Bank of Nigeria, CBN.

Adeyanju claimed that the CBN governor was destroying Nigeria’s economy through his bad monetary policies.

In a tweet, the convener of Concerned Nigerians lamented the current high exchange rate. 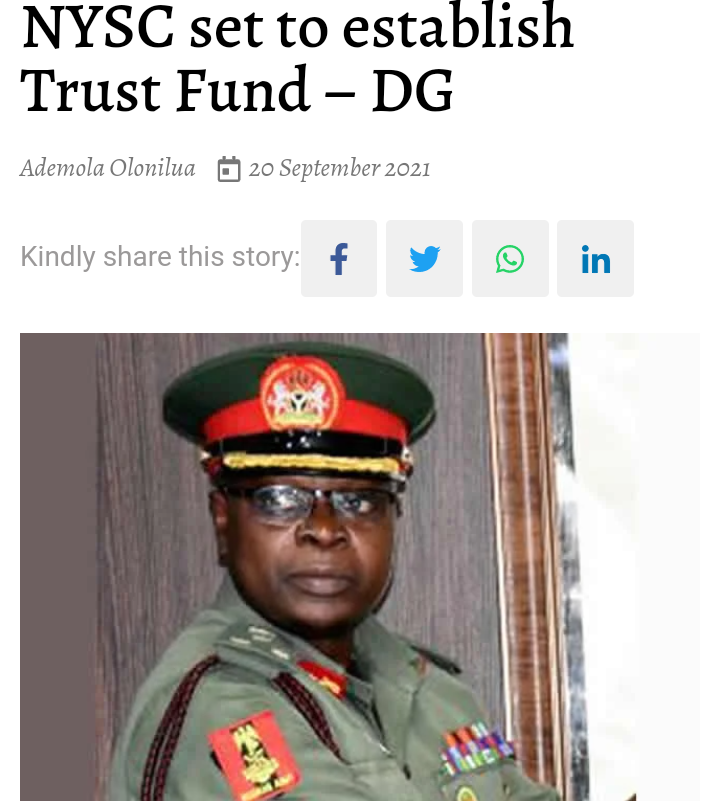 The National Youths Service Corps says it is intensifying efforts to establish a Trust Fund. The fund would be used to provide start-up capital for the corps members after their service years.

The scheme also said that it is working to get a rebate on flight charges for corps members. This, the service says, is to enable them to embark on safer journeys during their service years, the News Agency of Nigeria reports.

Brig.-Gen. Shuaibu Ibrahim, its Director-General, said this on Monday in Abuja, during his nationwide virtual address to the 2021, Batch ‘B’, Stream II, set of corps members.

The corps members are set to end the NYSC orientation course on September 21, and immediately commence their one-year mandatory national assignment.

They would be deployed to different institutions, organisations and other corps employers, both in the public and private sectors for their primary assignments. 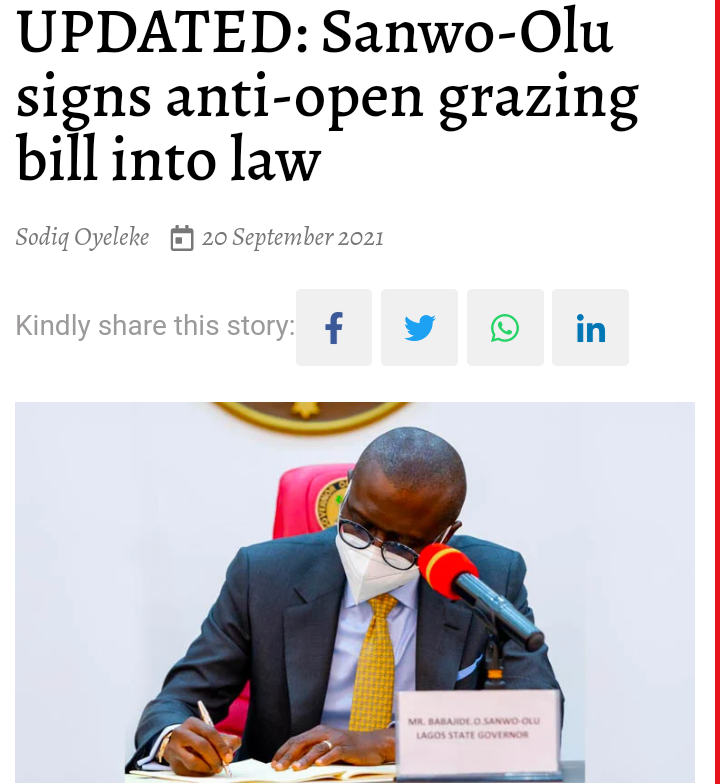 Sanwo-Olu, who assented to the bill during the State’s Executive Council meeting in Alausa on Monday, directed the security agencies to swing immediately into action and enforce provisions of the law.

He said that by implication, it is now criminal in Lagos for cattle rearers to occupy unapproved public areas and private land with their livestock for grazing.

The law also prohibits the act of moving cattle around public places by herders. 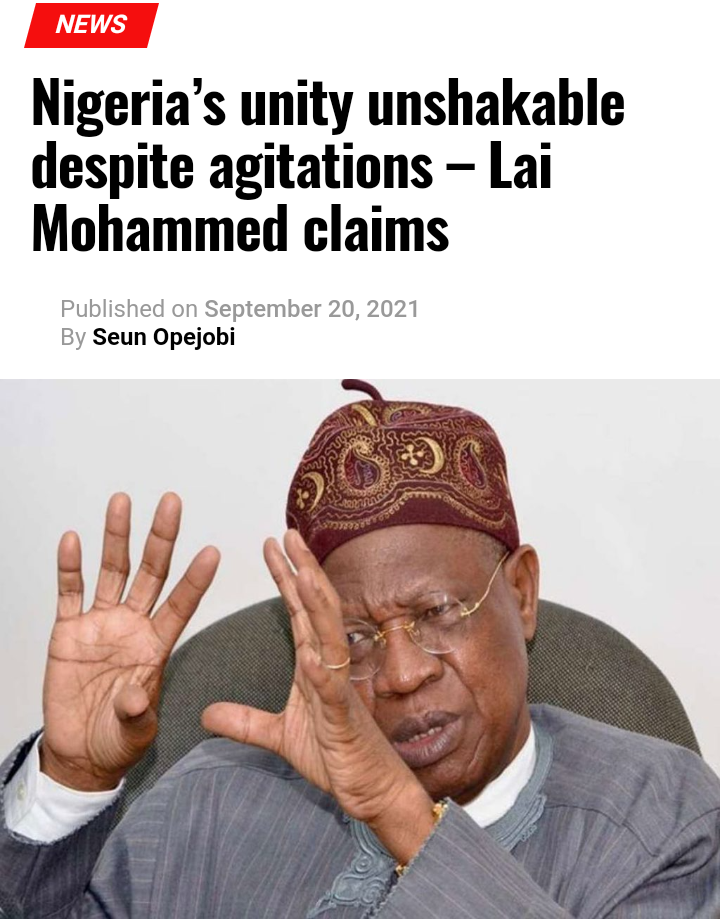 The Federal Government has said Nigeria’s resolve to remain united is unshakable.

He disclosed this at the opening of ‘Nigeria at 60 Photo Exhibition with the theme “60 Years of Our Togetherness,” on Monday.

According to Mohammed: “The theme of the photo exhibition has been carefully couched to reflect the unity of this great country in the past 60 years, despite its diverse cultures, traditions, practices, languages and challenges.

“Like other countries in the world, it is an incontrovertible fact that Nigeria, over the years, has gone through challenging times, but we must not miss the fact of its resolve to remain one indivisible entity.