Many officers who held key command and government positions under General Buhari's are always powerful. But the nature and style of rule have been transformed in ways that many have lasting implications for Nigeria’s political future. Two of the many individuals who worked with Buhari are Tunde Idiagbon and Abba Kyari. Sadly enough, two of them as almost everything in common

Abba Kyari and Tunde Idiagbon were both Northerners. The duo served as Buhari's Chiefs Of Staff at different occasions. They were both powerful and significant during their era with the president. Unfortunately, these two great men are both late today.

Tunde Idiagbon as the chief of staff

General Tunde Idiagbon, as he was simply known, was a celebrated soldier, an accomplished statesman and a remarkable 'political figure' who served as the Chief of Staff, Supreme Headquarters during General Muhammad Buhari's regime as the Head of State. He was a Nigerian general who served as the 6th Chief of Staff during the Military era. 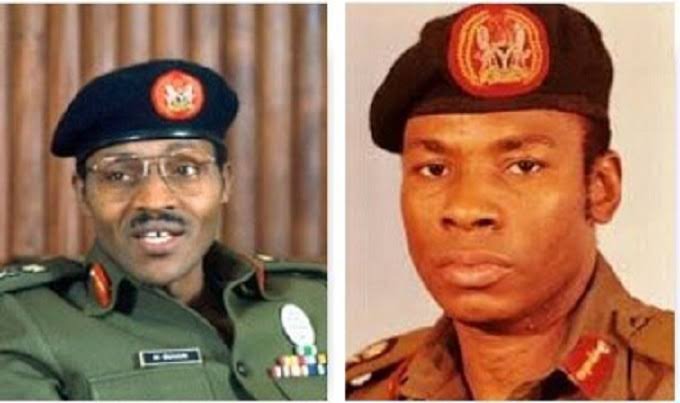 Described as a thorough military man, Tunde Idiagbon played a vital role as the hallmark of Buhari's military government. Idiagbon was promoted to the rank of major-general in 1985. General Idiagbon did not just embrace stardom or get connected to divinity, he worked for the duo by pressing to be educated, building an impressive personality and believing so much in the dignity of labour.

After the coup that overthrew Shagari Governm, General Buhari was invited to head the state. Mr Buhari was said to have accepted to lead the government only on the condition that he would be given the absolute freedom to elect his deputy. All because Mr Buhari was so needed, he was granted liberty to make his choice and the choice fell on Mr Idiagbon. This is because of their apparent compatibility in terms of background, career path, integrity, personality, and political philosophy. It was not surprising that the two not only worked tirelessly throughout, but the deputy was given free hand to operate. That impressive working relationship saw Tunde Idiagbon dominating the government so well that for the first and only time in the political history of Nigeria, the names of the head and his deputy were used to 'nomenclate' the administration as the Buhari/Idiagbon regime, even when the head of state did not pass on while in office.

He controlled all visible instruments of national, political, governmental and administrative powers during Buhari's regime. Idiagbon was responsible for introducing, announcing and implementing many of the government's major policies which include; the famous War Against Indiscipline, Go back to land Programme, Foreign policy, and so on.

To further show their closeness, President Buhari had said in an interview granted a news magazine in 1993 that Mr Idiagbon was among the three Nigerian military officers he trusted and respected most. Tunde Idiagbon was a man of legacy. He didn't only voice discipline, he lived it throughout his career and life. He was a man who is worthy of emulation. He utilised the privileges of several offices he held to promote nation-building and national development as well as absolute honesty, loyalty, and comradeship. His legacy is Outstanding, to the extent that 35 years after he left public service and two decades after his death, no one has accused him of any form of moral or financial corruption. He was, in fact, an epitome of transparency, honesty, and incorruptibility.

Abba Kyari as the Chief of Staff

Abba Kyari, was a Chief of Staff to the President like no other before him and may never will be. He is one of a kind, an enigma and intriguing character who wielded great Influence during Buhari's administration.

In the office of the Chief of Staff, President Buhari acted in a manner that concentrated power in a man that it is to the detriment of the official power holders-like the vice President, some ministers and others. He once declared that all appointments with him must pass through the late Chief of Staff. Late Abba Kyari was so powerful and played key roles in Buhari's administration when he was alive. He makes major decisions on behalf of the President. He was like the unofficial special adviser to Mr. President. There is no doubt that the late COS to Buhari was a committed disciple of the president as Buhari entrusted him greatly. Abba Kyari was the mystery of the presidential villa. Very courageous and self-effacing, yet his influence was felt beyond the dreaded Aso villa. He understood his job as the president’s right-hand man and never did he outshine his boss. He stayed low as the unseen but dutiful rules the seat of authority; greatly misunderstood, uncelebrated, but feared and respected by all. Abba Kyari is a very diligent, skilled and smart man, which was the unique virtues he possessed that made him shine under Buhari's Presidency. A close observation is that it takes such a Commendable move for someone to successfully manage what is largely seen as an absentee President in such a way Kyari has done. During his reign as the chief of staff, Buhari had rarely been around but he made coordination and running of the Presidency smooth. There is no doubt that Abba Kyari's brilliant impact and influence will leave a loop hole in the Presidency. President Buhari is currently missing Kyari's coordinating abilities.

Wherever the two men of legacy is right now, may their souls rest in peace. President Buhari and Nigerians will forever miss their positive impact in Nigerian Government.