Today's Headlines: 5 Dead In Kaduna Community, Buhari And Others Into Isolation After UK Trip

By Watertown (self media writer) | 11 months ago 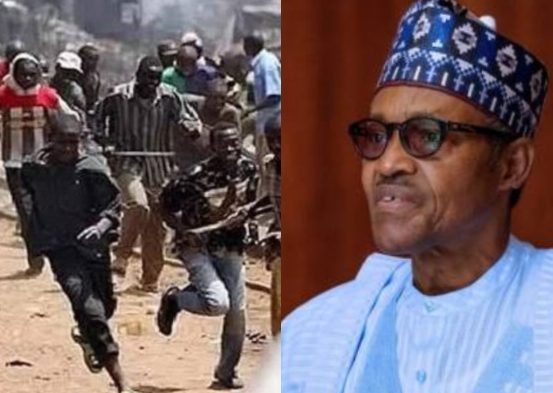 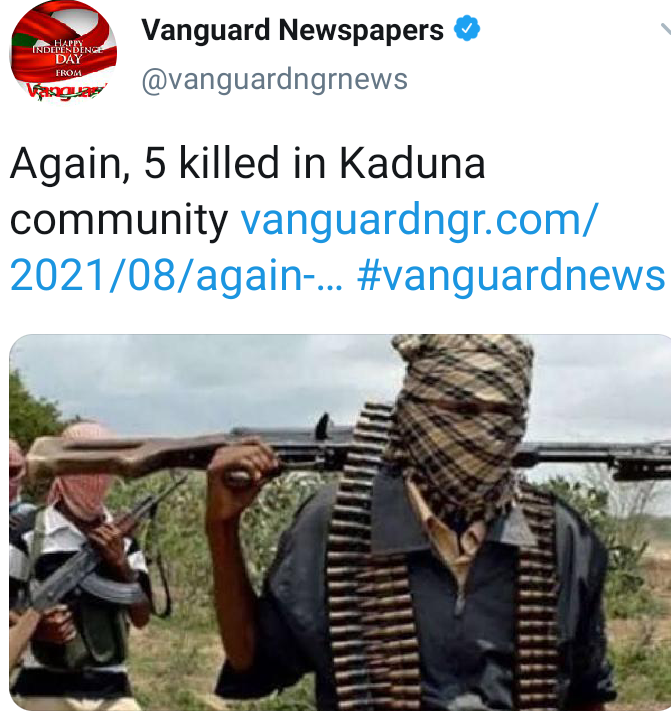 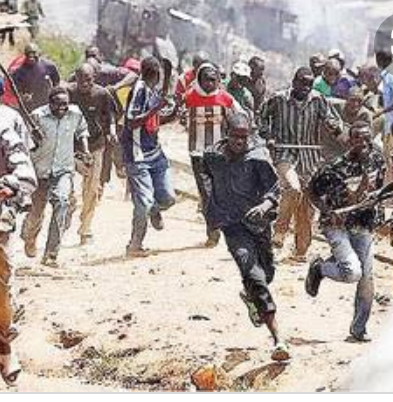 Five people were killed, and nine houses as well as three vehicles were burnt, while one vehicle was vandalized.

Buhari And Others Isolate After UK Trip

President Muhammadu Buhari and members of his entourage have gone into isolation following their journey to the United Kingdom. 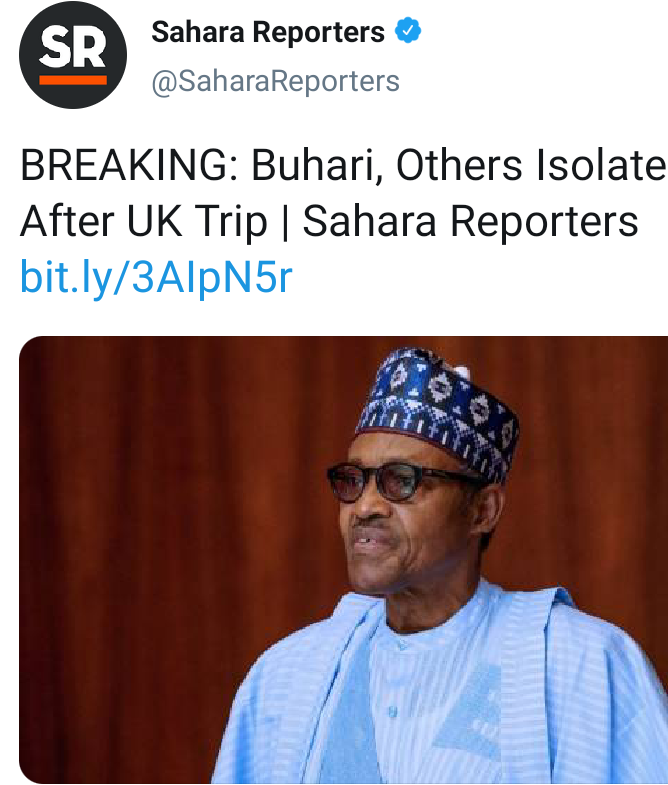 This was confirmed by the Senior Special Assistant to the President on Media and Publicity, Mallam Garba Shehu in Abuja on Sunday.

Shehu told Vanguard that the decision of Buhari to isolate himself was in accordance with the Nigeria Centre for Disease Control (NCDC) guidelines for international travel.

Unconfirmed reports have it that upon his arrival at the United Kingdom, the President was seen in close contact with some officials of the Nigeria High Commission in London who have allegedly tested positive for coronavirus. 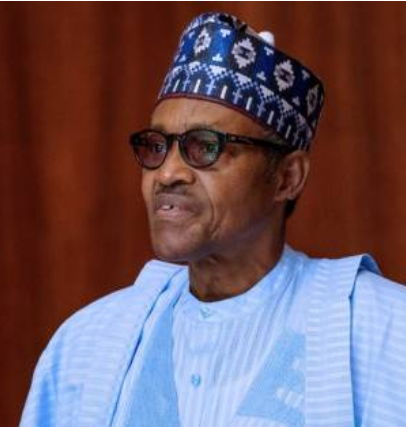 Responding to The Guardian’s enquiry on the matter, Senior Special Assistant on Media and Publicity, Garba Shehu, explained that the President and members of his delegation would have to go on isolation in line with the guideline for international travels.

The National Drug Law Enforcement Agency (NDLEA), has arrested a woman bound for Italy with 100 wraps of heroin at the departure hall of the Murtala Mohammed International Airport, (MMIA) Ikeja, Lagos. 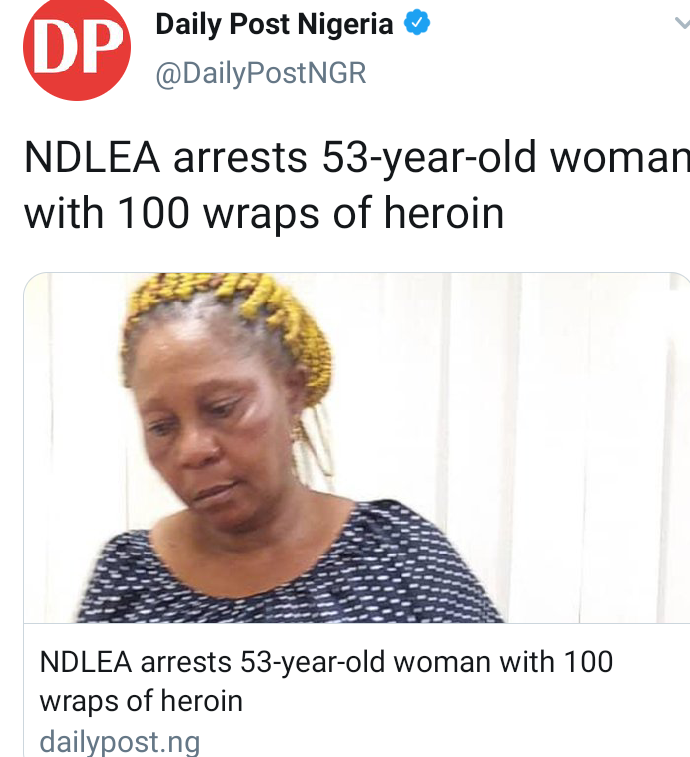 The NDLEA Director, Media and Advocacy, Mr Femi Babafemi disclosed this in a statement made available to the News Agency of Nigeria (NAN) on Sunday, in Abuja.

Babafemi said operatives, who had sustained their nationwide offensive action against drug traffickers with strings of arrests and seizures, also intercepted two parcels of the same substance.

He said that the suspect, Mrs Nnadi Chinyere, was arrested on Tuesday, Aug. 3, during an outward clearance of passengers on Qatar Airways flight to Florentine, Italy.

The police in Zambia on Sunday appealed for calm following a spate of violence experienced in some parts of the country following elections held on Thursday. 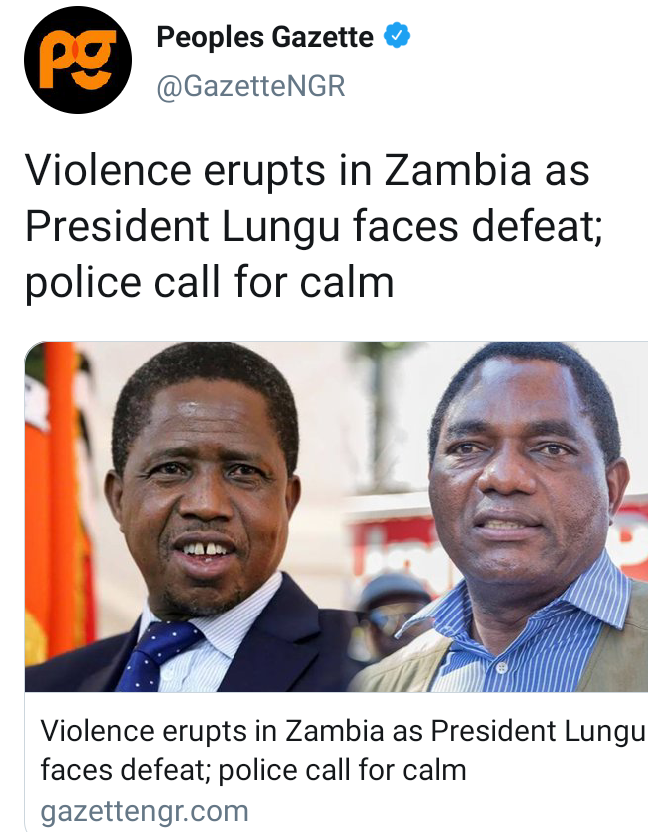 Peoples Gazette on Saturday reported that opposition leader Hakainde Hichilema was in an early lead according to results released by the country’s electoral body. President Edgar Lungu has already condemned the election as not free and fair.

Police spokesperson Esther Mwaata-Katongo said the police have observed an emerging tendency where violence has erupted as a result of others failing to contain emotions and ending up attacking those seen celebrating the victory of their candidates.

“As members of the public continue receiving or waiting for results at different levels, we appeal to them to remain calm and celebrate their victory of their preferred candidates responsibly and peacefully without breaching the peace,” she said in a statement.