NET WORTH : Patience Jonathan was said to be the richest first lady duting her time in the government. She reportedly built a hotel worth N10billion in Yenagoa, Bayelsa State, she also has investments in all corners of Nigeria that are worth millions of naira.

DEGREE/CERTIFICATES : National Certificate of Education (NCE) in Mathematics and Biology and B.Ed in Biology and Psychology

Get in here if want to know everything about the former first lady of Nigeria Dame Patience Jonathan. this is the official biography of Patience Faka Jonathan the lovely wife of Nigeria’s ex-president Goodluck Ebele Jonathan. Read and digest this biography as you are going to be getting yourself familiar with the high profiled lady . This biography contains everything about Dame Patience Jonathan including her background, education, profile, family, parents , state of origin and all lesser known facts about her.

Patience Jonathan completed her basic education in 1976, and bagged her West African School Certificate Examination (WASCE) in 1980. Nine years later 1989 precisely, she obtained the National Certificate of Education (NCE) in Mathematics and Biology from the Rivers State College of Arts and Science, Port Harcourt. She then proceeded to the University of Port Harcourt where she earned B.Ed in Biology and Psychology. Aside this certificates, she has also been awarded an honorary doctorate from the University of Port Harcourt amongst other awards and recognition.

Dame patience Jonathan is a well educated woman but often times she kills English and we don’t have any idea about that. The beautiful and well shaped woman kicked off her career as a teacher at the Stella Maris College, Port Harcourt and Sports Institute Isaka. She then moved to the banking sector in 1997 where she served as Marketing Manager of Imiete Community Bank. After gathering some experience in the banking sector, she thought it wise and founded her own Community Bank in Port Harcourt which she called “Akpo Community Bank”after some years in the foray of banking business , she returned to the classroom briefly again as a teacher. Eventually she was transferred to the Bayelsa State Ministry of Education, where she served until 29 May 1999 when her husband became the Deputy Governor of the state. Fast forward to 12 of July 2012, she officially became the permanent secretary in Bayelsa state by Governor, Henry Seriake Dickson, this new appointment came as a compensation for her good work in the civil service for over 13 years, since her husband became deputy governor in 1999. Many didn’t accept this promotion because they were of the opinion that she hasn’t done anything that triggers or earn her promotion. They noted that there was no merit or evidence of any recent performance to warrant a promotion to the peak of the civil service.

Rumors was also flying round that it was her husband that was behind the sponsorship of Henry Seriake Dickson governorship position but there was no proof that to back the claim up.

Dame patience Jonathan is a woman of integrity that has made name for herself locally and internationally. She is well recognized in many countries even more than her husband Jonathan himself according to recent research . One of the characteristics that made her popular locally, nationally and internationally is her philanthropic work and political pragmatism.

She has been honoured with several coveted awards including “Beyond The Tears” International Humanitarian Award New York, USA, in 2008, for her role in the global fight against HIV/AIDS; the African Goodwill Ambassador Award (Los Angeles, USA, 2008) and was the recipient of the “Wind of Change” Award from the South/South Women’s Organization.

She is highly respected by the people of Bayelsa State for her role as the first lady of the state when Goodluck Jonathan served as Governor between 2005 and 2007. She was able to achieve a lot during this period, she founded many philanthropic and women empowerment programs, among them are the A-Aruere Reachout Foundation (AARF), the reason behind this decision was to improve the status and earning capacity of Nigerian women and youths.

The foundation was strong and determined toward achieving it set goal. It focus was on supporting and assisting children with heart-related problems. According to revelations, a lot of people have benefited from this programme and more are still benefiting from it till date.

Reports was everywhere on the 4 September 2012 that Patience Faka Jonathan was hospitalized in Germany following a severe bout of food poisoning that lasted for days. She was believed to have depreciated under this condition. Reports also states that she fell sick about 10 days earlier, following her hosting of a summit of first ladies from across Africa. She later got better and finally finally discharged from the hospital on 2 October 2012.

Patience Faka Jonathan has had her fair share in controversies. One of this controversies was when over 230 Chibok girls abducted by Boko Haram in north-east Nigeria. According to that report;

After a meeting she convened in May 2014 with representatives of the Chibok community, whose children had been abducted, there were reports that one of the leaders – Naomi Mutah – had been detained by police. It was alleged that Mrs Jonathan had reportedly felt slighted that the mothers of the abducted girls had sent Ms Mutah to the meeting. Immediately after the meeting, Ms Mutah was taken to a police station and held. Pogo Bitrus, another Chibok community leader, described the detention as ‘unfortunate’ and ‘insensitive’, and said he hoped Mrs Jonathan would soon ‘realize her mistake’. Mrs Jonathan has no constitutional power to order arrests.

We all know that Dame Patience Jonathan is always in the news for different reasons, the most popular issue that put her name in the news is her grammatical expressions which are always filled with blunders . Her bad English expressions often attract criticism from the media and the public as many feel it is not suppose to be happening due to her educational background. She is a well education woman that attended higher institutions graduated with good grades .

Such grammatical blunders is the last thing that is anticipated from woman of her status. Other controversies include the money laundering charges at the Lagos International airport. There is another speculation that has been generating many controversies in the media , it is widely believed that Goodluck Jonathan Children were adopted. According to several media outlets, Mrs Jonathan never had children for the president.

adamzango burna boy ft zlatan good message for her governor yahaya bello igbo gospel music
Opera News is a free to use platform and the views and opinions expressed herein are solely those of the author and do not represent, reflect or express the views of Opera News. Any/all written content and images displayed are provided by the blogger/author, appear herein as submitted by the blogger/author and are unedited by Opera News. Opera News does not consent to nor does it condone the posting of any content that violates the rights (including the copyrights) of any third party, nor content that may malign, inter alia, any religion, ethnic group, organization, gender, company, or individual. Opera News furthermore does not condone the use of our platform for the purposes encouraging/endorsing hate speech, violation of human rights and/or utterances of a defamatory nature. If the content contained herein violates any of your rights, including those of copyright, and/or violates any the above mentioned factors, you are requested to immediately notify us using via the following email address operanews-external(at)opera.com and/or report the article using the available reporting functionality built into our Platform 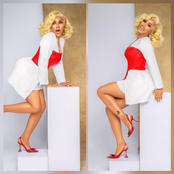 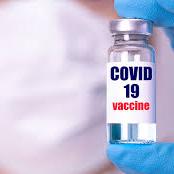 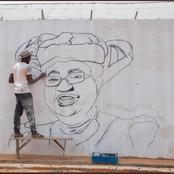 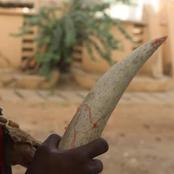 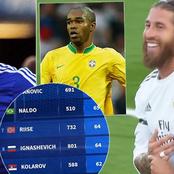 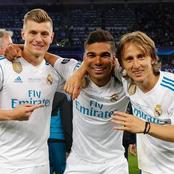 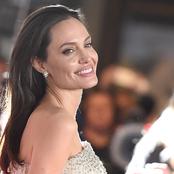 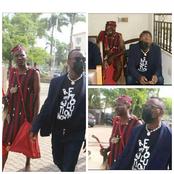 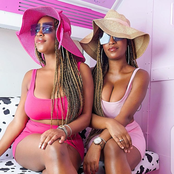 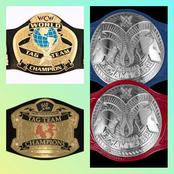