OPINION: How Ibrahim Magu was used and dumped

By NewspaperReview (self media writer) | 1 year ago 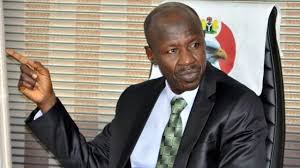 The travails of the embattled EFCC chairman, Ibrahim Magu is expanding as the committee looking into his prosecution, presided by a retired president of the Court of Appeal, Justice Isa Ayo Salami dropped 22 testimonies against him.

He may eventually be vindicated but His relevant reactions to the allegations will decide his fate.

Some of the allegations against him from the office of Abubakar Malami SAN, the Attorney-General of the Federal and Minister of Justice, there are 22 reports against him which oversaw to his arraignment yesterday. :

1. Instead of Declaring N504b as the recover fund, he declared N539billion.

3. Not regarding court ruling to defrost an N7billion judgment in favour of an Ex-Executive Director of First Bank.

4. delaying to act on 2 vessels confiscated by the Nigerian Navy resulting in the loss of crude.

5. Not seeking authorization on some decisions. ( Noncompliance to the office of the AGF). 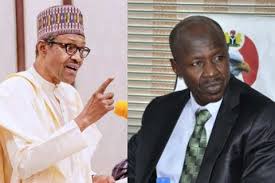 I believed the EFCC is a political watchdog, Ibrahim Magu nominated as the acting chairman to achieve some underground purpose by the ruling party.

Political Coup is still happening in Nigeria, but in disguised and that is why the tree of democracy can not yields fruit. The moment you are not dancing to the tune of the Cabals you will be eliminated, like, Ibrahim Magu, Adams oshiomhole and Godwin Obaseki, etc

Take a look at what happened to Adams oshiomhole the suspended APC chairman and how The National Working Committee of the ruling party was dissolved in one day;

This occurrence was formulated, recall how Adams oshiomhole travelled throughout the country, put down his life to campaign for the President, where is he today, his Already sideline, because his not dancing to the instructions of the cabals.

In my opinion, Ibrahim Magu was used and dumped and the same thing may ultimately happen Bola Tinubu.

If Nigeria is not restructured now, political crises, inconsistency will prevail and will not be able to reap the dividend of democracy. 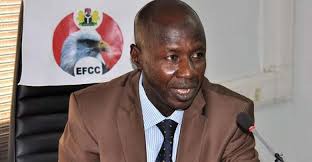