Much Ado About The Oyo Government’s Public Enlightenment On Security 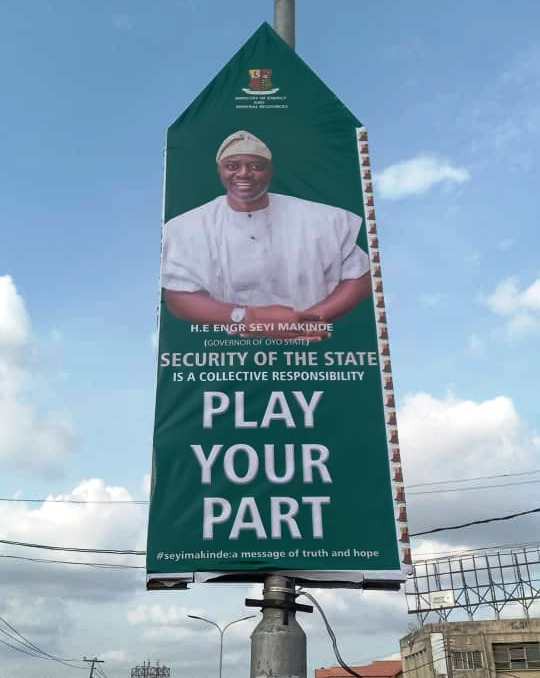 “Scholars are of the view that a positive corporate image is powerful; it helps to determine how a person will perceive and behave towards a government”, hence lend credence to the public enlightenment scheme target to correct wrong notions against the present administration in Oyo State as spearheaded by a concerned private firm.

There are signposts with inscriptions such as: ‘Security of the State is a collective responsibility, Play your part’, ‘Invest in sold minerals to increase our internal revenue’, with some written in mother tongue placed on advertising boards attached to electric poles in Ibadan metropolis.

Such development according to cross sections of public and political analysts contacted by the writer averred that is timely and essential, especially now that some elements in the state are using the poor security situation in the country to castigate the State’s government. 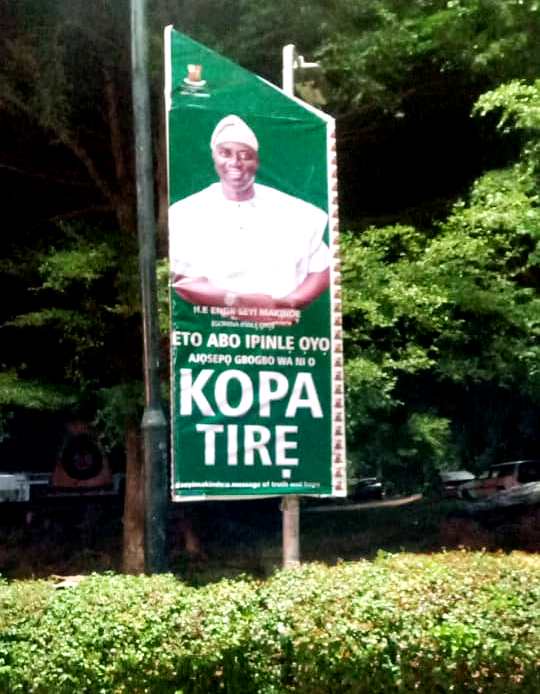 Positive remarks have however begun to trail this development as a private security expert, Otunba Adeneye Adebolu who works as a consultant with Oyo State Police Command has urged the State government to increase its awareness drive in the area of public collaboration with government and security agencies towards securing the State.

He emphasized the importance of public involvement in security of lives and property of the a society “and that can only be achieved by creating awareness to drive people to key into the good plans of government in securing the state, and that is why I love this enlightenment drive and want to commend the initiator”, Chief Adebolu added.

The commissioner for Information, Tourism and Culture, Dr. Wasiu Olatubosun said his ministry is trying along that line to sensitize the public about their roles in collaborating with the government to improve the security network in the state via various radio jingles and social media broadcasts.

“We are praying for the security situation in the country to improve, but this administration in Oyo State is doing everything humanly possible to better secure the lives and properties of the citizens and dwellers of the state, but some elements are bent on using what should be the flaws the federal government against Governor Seyi Makinde’s government, and that is why every collaboration in addressing this will be highly commended”, said Dr. Olatubosun.

The Hon. Commissioner for Energy and Mineral Resources, Barr. Temilolu 'Seun Ashamu that has the poles carrying the adverts under his purview, in his submission said he was not aware of who is sponsoring the enlightenment signposts but described it as positive development which should be encouraged.

He however stressed the importance of ensuring the security of the electric apparatus by his ministry and will not in any way condone anything that will affect optimal functionality of the gadgets.

One of Gov. Makinde’s aides, Alh. Akeem Azeez in his submission said that there is nowhere in the world that adequate security can be guaranteed without the full support of people while thanking the initiator of the enlightenment campaign.

“Various images come into the public minds based on how the government has identified itself to the public. And there is no place in this world where the security of lives and properties are done without the full support of the people”, Alh. Azeez noted.

After much inquiry and investigations by the writer, the firm that initiated the scheme which has no political affiliation or any connection with the present administration in the state was discovered. 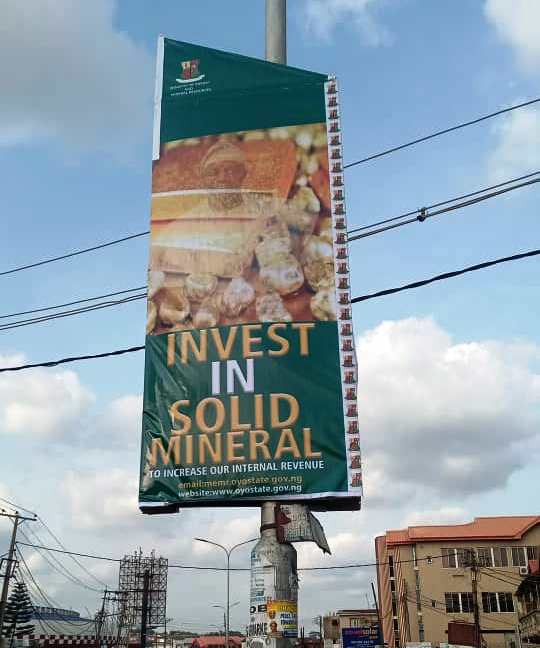 Fashogbon Abiodun David who the CEO Fizzie Republic, that owns (OOH) Outdoor Out of Home Advertising Company said the gesture was in line with the Social Corporate Responsibility (CSR) policy of his firm, which is essentially most favorable towards correcting wrong notions and sensitizing public.

“We at Fizzie Republic believe that we’re enjoying good governance from this administration and our definition of good governance means that processes and institutions produce results that meet the needs of society while making the best use of resources at their disposal.

“The concept of efficiency in the context of good governance also covers the sustainable use of natural resources and the protection of the environment and is why we’re urging the government to ‘Invest in solid minerals to increase our internal revenue.