By Uprising_Step (self media writer) | 1 year ago

The IMC of NDDC was summoned on Monday to account for the excessive expenditures in the commission and to debunk the accusations laid on them by the former NDDC Acting MD, Joi Nunieh. 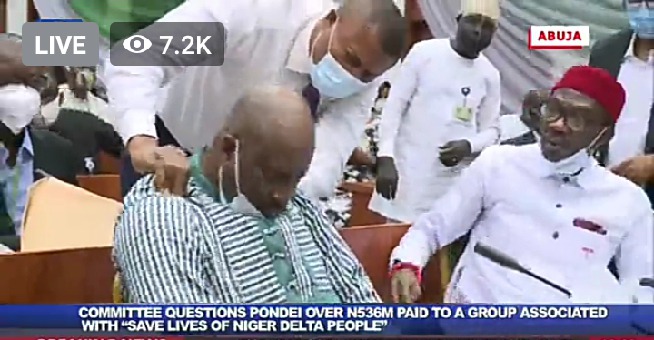 The Chairman of NDDC Affairs, Dr Godswill Obot Akpabio and the Acting MD of the commission were on hot seats.

From inception of the hearing, questions were directed to the NDDC Acting MD and so far so good, his responses appeared not to be satisfactory to the NDDC Committee.

After series of bombarding questions by the committee, Pondei was seen losing consciousness and putting his face to the desk.

Immediately, efforts were made to resuscitate the MD. His head was held up while someone else tried to keep his mouth open to let in air.

Incidentally, Pondei was taken out of the conference hall for medical care.

Next to mount on the hot seat was Godswill Akpabio but the committee had to disperse for a 30minutes break, and proceed with the hearing later.

It is expected that after the health condition of Pondei is confirmed, the session of questioning on the part of the Acting MD of NDDC will resume.

Many have said that the NDDC Acting MD is attempting to escape the heat of the questions thrown at him by the panel, of which he has not been able to so far provide any substantial responses to them. 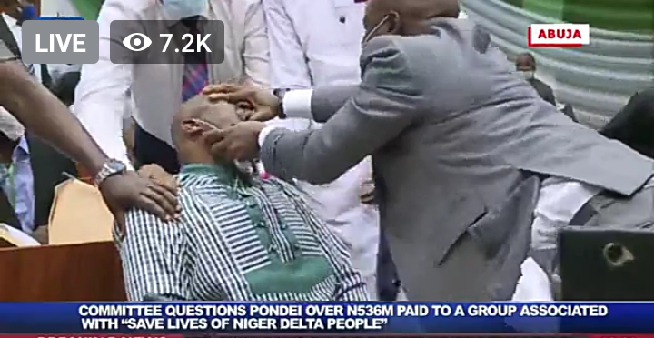 More so, it is believed that Pondei was possibly saturated and overwhelmed by the blows of deeply analytical questions delivered to him by the House committee Panel.

What would be his fate when he returns to face the same panel, and when will he return for a wrap up on the hearing?

These are certainly the questions Nigerians are asking.

However, it is really an outrightly embarrassing situation, that the NDDC Acting MD when called upon to show forth accountability, has so far disappointed Nigerians.

In any case Akpabio may not successfully deliver detailed answers to questions without inputs and confirmation from the MD. And so it is likely that the summoning of the IMC on Monday might not yield desired outcome.

Meet Chinedu Ubachukwu, The Winner Of The Last Edition Of Gulder Ultimate Search