In this article I will discuss some of the costly mistakes Nigerians should avoid in 2023 presidential election. Since Nigeria as a nation or became a republic and started practicing democratic system of government, this 4 mistakes that I will discuss has always been the foremost thing or factors, many Nigerians put into consideration before voting or electing their political leaders. That's why they keep up producing the same results.

However here are the 4 costly mistakes Nigerians should avoid in 2023 presidential election.

1 Avoid voting someone because of political party.

This is one of the front line mistake that many Nigerians are being making in every presidential or gubernatorial elections. I want to let you know that political party is just a forum or a platform. The real thing that matters is the individual or the person(s) you are entrusting him with your voting, which has it own consequences aftermath, either positive or negative. Just because the political party is rich financially or have grow to some extent, doesn't mean you can entrust the individual that will been the party flag bearer with your vote at the guise of belonging to a political party. 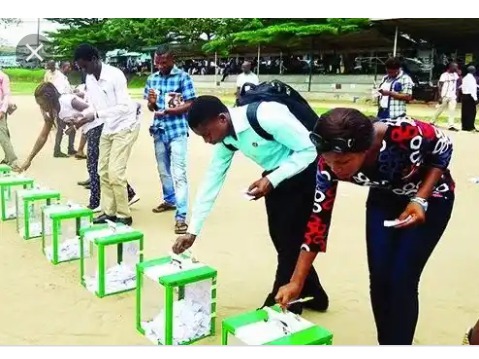 Voting for someone or entrusting someone in presidential office because of political party isn't a good reason enough. Let consider individuals with good qualities of leadership, don't vote for parties, vote for a person with a good qualities. There are good candidate that deserves our vote, but just because they don't affiliates with a big or a prestige political party, they are been eschew, while candidate that are corrupted are been voted in, just because they belong to a big political party. Which afterwards we regret why we voted for them.

The true is we didn't vote them, but we voted the party. For example, many Nigerians are regretting of voting APC into government today, cause they voted them into office, because they thought PDP have failed them, not the individuals in the PDP They resorted by voting for APC, thinking that is the solution. But today, it seems everybody is biting his fingers with regrets. I want us to be wise in casting our votes in 2023 presidential election, you can belong to any political party, but, if the candidate that carries the presidential flag of your party isn't good enough, compare to his rival in other political party, I urge you to vote for the person with good quality background. This will lead to a national transparency, which will bring a good development to our dear nation, Nigeria.

2 Avoid voting someone because of religion.

This is another wrong pivoted ideology, that have crumble our nation. Nigeria is blessed with at least 2 or 3 religions, it is the will of God to be so. Just like any business man that will suffer lost, if he/she dare brings religion sentiment into his/her business. This is how Nigeria will keep up suffer lost, both in life and economic, if this religion sentiment is not put off. The true is, religion can't bring development to our dear nation Nigeria, but unity and good patriotism will. In 2023 presidential election, if you really want transparency and good leadership don't go or rather vote for someone because of religion. Vote the person or candidates with good ethical and moral ethics, an expertise that will pivot our national economic to acme level.

3 Avoid voting someone because of money.

This is another key factor that's making our nation to suffer set back, cause many of us, sell our voting right, just because of a little token, we end up voting individuals with poor qualities just because of what we will benefits instantly. Which have a grave consequences to our future, cause when the person have been voted into the office, he will conclude that, it was his money that brought him into the office, thereby he will do everything to recover his money that he has spent, and he will not bother to bring development cause he assumed he has already settled you people before voted into the office.

The true is, anyone that is trying to buy your vote is a sign that such person is a corrupt leader. You should not entrust such a one with your vote, cause his actions has violated the law guiding the electorate act by INEC.

Let avoid these mistakes and vote for quality leaders, it worth to vote for good leaders. If we avoid all these aforementioned mistakes in 2023 presidential election, only then shall we rejoice and grow as a nation.

This is the worst factor, I don't care attitude refers to the individuals with the mindset, that they will not bother themselves to register for voters card, and even they do have voters card, they will not go out to cast their vote. This ideology is in many Nigerians. In 2015 presidential election, many supporter of Good Luck Jonathan, didn't come out to vote for him, while many Buhari's supporter came out massively to vote for him, that's why Buhari won the election. And today many of them are complaining of this present administration, forget that is their negligence not to come out to vote that have brought this administration into power. If you really want real positive changes in our dear nation, Nigeria , you have to made up your mind to vote in 2023 presidential election. Don't let the idea of rigging of the election or if the person come into the office, he might forgot you, discourage you from exercise your citizenship right.

If all the patriots and good citizens of Nigeria, will adhere to avoid this aforementioned factors, only then shall our nation Nigeria thrive and flourish to acme level both in economic and development.