Magu Speaks For The First Time, Reveal Details about His Ordeal 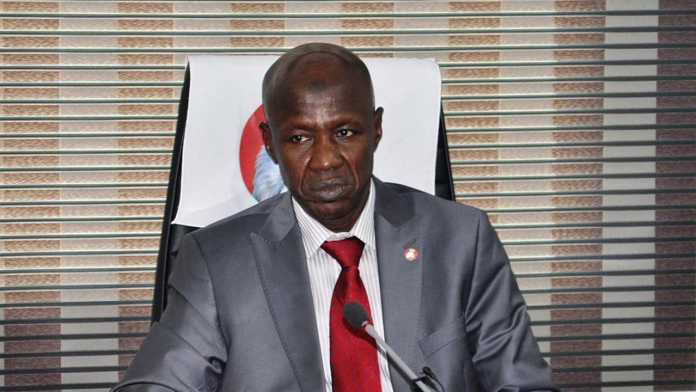 The Suspended Acting chairman of the Economic and Financial Crimes Commission, Ibrahim Maguire speaks for the first time after his release from detention today. The former Acting Chairman came out to throw more light on the allegations levelled against him after his release. In his statement he opened up on his travails after been locked.

He further advice the citizens of the Federal Republic of Nigeria not to give up in their battle against corruption. “Nigerians must own the war against corruption, which President Muhammadu Buhari is determined to eradicate

He gave the extent of damages done by saying one of the risk of his job as Acting Chairman was what went through after being detained. He also reiterated that the reason for such allegations was the desire to damage the image of the EFFC and to give them bad names in the country. 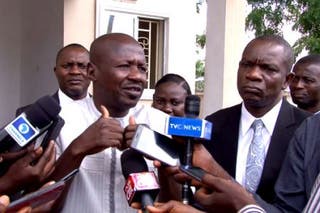 In his exclusive speech he said in quote "As for me, I will forever wage war against corruption."

His central focus was on the tenacity of Nigerians not to give up and expressed his concerns on their commitment towards eradicating corruption and their uncompromising support for fight against corruption.

He also said It is not a personal fight and that What went through is a case of dog eats dog.

When asked on the allegations against him, he replied by affirming that “They are nonsense and that they were made in the first place to tarnish his image and that of the institution he represents which is EFCC. He said he didn't steal any funds nor did he divert funds for his own personal gain. He further expressed his surprise when he was heard and read about the allegations. In his words I read the allegations and I was shocked.

The former Acting Chairman appreciated Nigerians for their support while he was in detention and encouraged them against discouragement. He said he is delighted once again to be back and expressed his belief in the victory of war against corruption in Nigeria.

The battle against corruption should be without preference against any top officials and those in government.