A major setback has hit the Cross River State chapter of the People’s Democratic Party (PDP) following the resignation of a key stakeholder of the party, Barr. Edem Ekong as its member.

The party has been hemorrhaging members since Governor Ben Ayade quit the party for the ruling All Progressives Congress (APC). Ekong announced his resignation in a letter to the state chairman of the PDP through the chairman of Idundu/Anyanga-Nse Ward in Akpabuyo Local Government Area.

In the letter titled resignation as a member of the PDP, Barr. Ekong said he came to the decision after reviewing recent events at the party.

Barr. Ekong has held many key positions in the state in the past, including as Commissioner for Ministry of Lands and Director General of Department of Public Transportation (DOPT).

Recall that the PDP had earlier stated that more members of the APC would be joining them in the party, but the reverse is becoming the case.

See the resignation letter below. 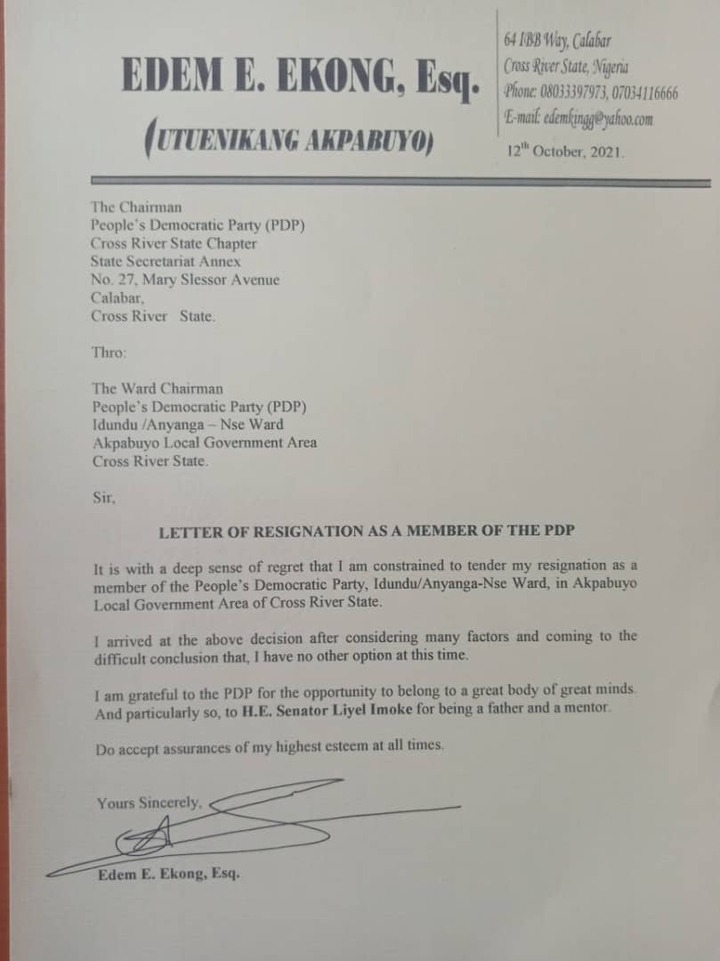 How To Care For Your Native Gowns