2023: The Destiny Of The State Is In Your Hands; Akpabio Tells Akwa Ibom People

By Edyking (self meida writer) | 2 months

The minister of Nigerdelta Affairs and former governor of Akwa ibom state senator Godswill Akpabio has reminded the people of the state that the development and infrastructural renaissance of the state remain in their hands.

Senator Godswill Akpabio who spoke during the inauguration of Akwa Ibom Democratic Forum (ADF) in Eket and Uyo Senatorial Districts also said the Forum was apolitical, not an appendage of any political party or person, but an amalgam of people who are yearning and craving for dependable and efficient leadership in the State. 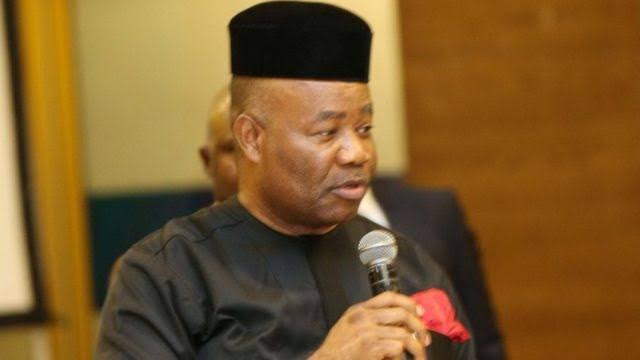 Throwing more light on the mission of the forum, the Director General Obongemem Ekperikpe Ekpo said three of them approached Senator Akpabio in Abuja on the need for a platform to galvanize support for dependable leadership which he represents across all political linings in the state as a vehicle of bringing together his supporters and lovers of good governance which Akpabio accepted.

Ekpo further highlighted, “we see in Senator Akpabio the DNA for dependable leadership, DNA for selfless service, DNA for favour, the DNA that will not allow you to relax if you don’t talk to your people. In Akwa Ibom State, there are so many leaders, but there is one leader that listens to the cries of his people, and it is time for you to come and talk to your people. That is how ADF emerged

Obongemem Ekperikpe Ekpo described Senator Akpabio as the Leader of Akwa Ibom State that has enjoyed overwhelming love and admiration of the people of the State.

The Coordinator of ADF in Eket Senatorial District, Hon. Victor Antai, who said ADF is open to all Akwa ibom people devoid of political inclination and ethnicity put their target at 2,500,000 members in Akwa Ibom State.

He charged the people of Eket Senatorial District to be on the vanguard of dependable leadership by spreading the message of ADF which is dependable and efficient leadership across the state.

Content created and supplied by: Edyking (via Opera News )

Tips To Maintain A Healthy Teeth

Checkout These 20+ Execellent Senator Styles To Rock This Month.

'I Admit That I Did It', Dorathy Refused To Deny Having A Thing With Brighto

Check Out Adorable Photos Of Bolanle Ninalowo And His Wife, Bunmi Having Fun Together