Former Presidential Candidate in the last General Election, Adamu Garba has come out to reveal the similarities between IPOB, Sunday Igboho and how Boko Haram Insurgent started operation in the North east. 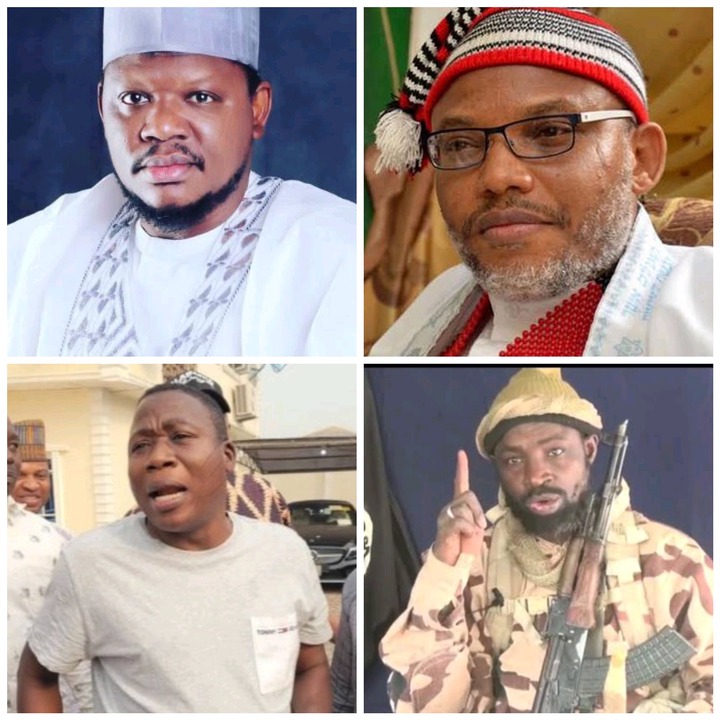 Adamu Garba over the last few days has been dishing out information about what the government should do to cases of banditry and insurgency in Nigeria. Adamu Garba has been able to make his stand known by saying that the Government should rather dialogue with the bandits and listen to their grievances rather than using force and bullets in fighting them.

In another form, yesterday Adamu revealed that the justice system in Nigeria is not balanced hence reasons why the south and north are being treated in a different way. Adamu accused the southerners of always rewarding criminals in their region with gift, chieftaincy titles and celebrated as heroes while North are treated with bullets. He made examples of southerners among who are Asari Dokubo and Tompolo who bombed and destroys national assets yet later became billionaires after government gave them contracts.

In addition, Adamu made it known that there is no difference between the activities of Sunday Igboho, IPOB Leader, Nnamdi Kanu and Boko Haram leader, Abubakar Shekau. He said the only difference is that Shekau started his own earlier than the duo of Kanu and Igboho. 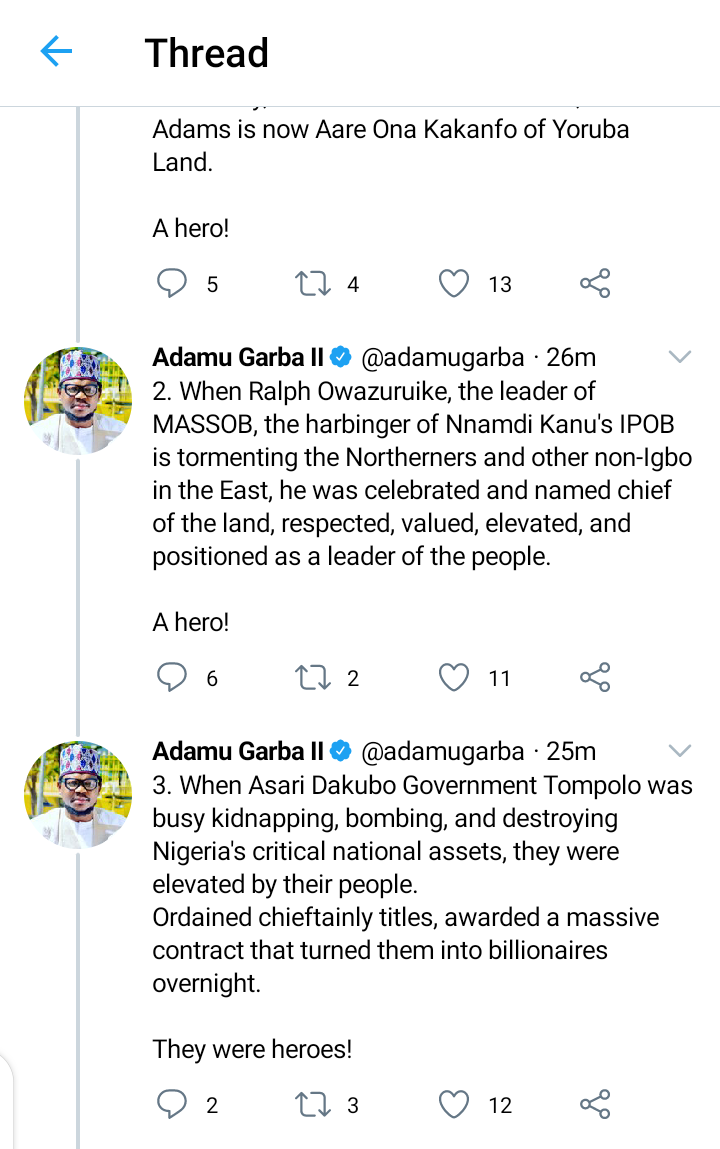 Few hours ago, Adamu took to his twitter account again to make a revelation about Sunday Igboho, IPOB and Boko Haram. He made it known that the path the duo are toiling is the same form things took when Boko Haram Started and it shouldn't be encouraged because they are all criminals.

In his statement, he said " As Country, as a people, we have to talk to ourselves freely, openly & discreetly.

The level of hypocrisy in all region is becoming a symbol of affinity. Very dangerous! 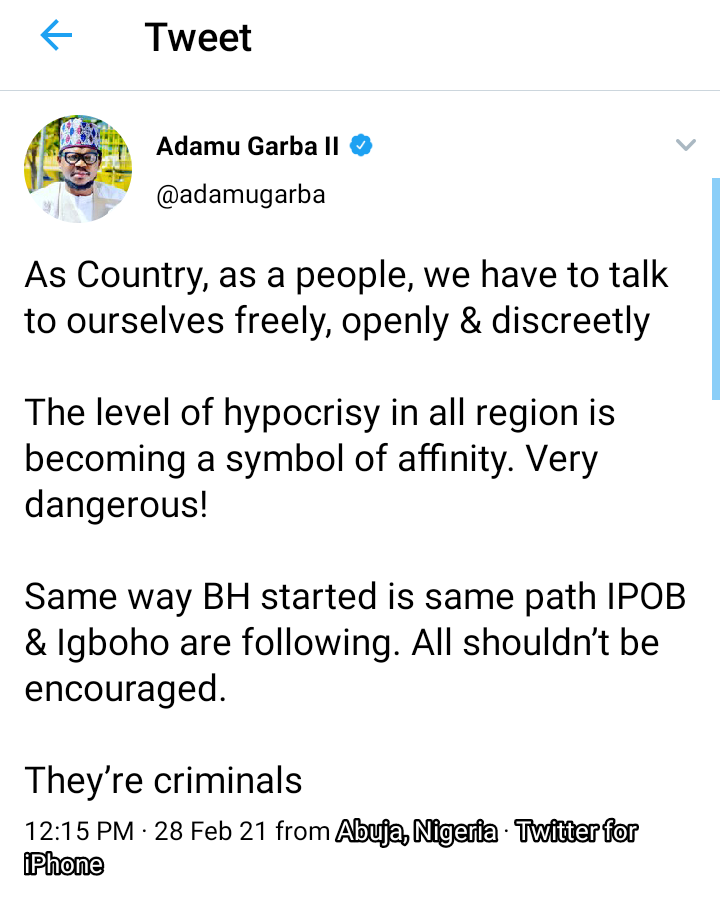 After he made this view known to the public, see how people are reacting; 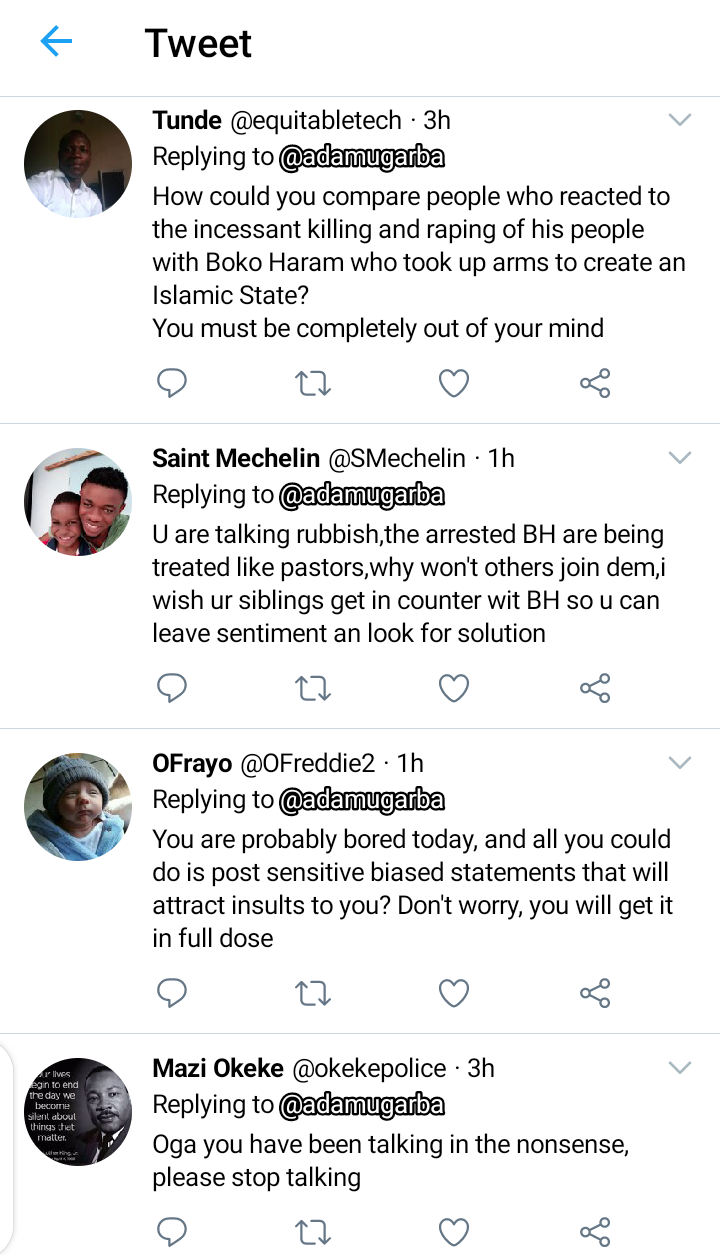 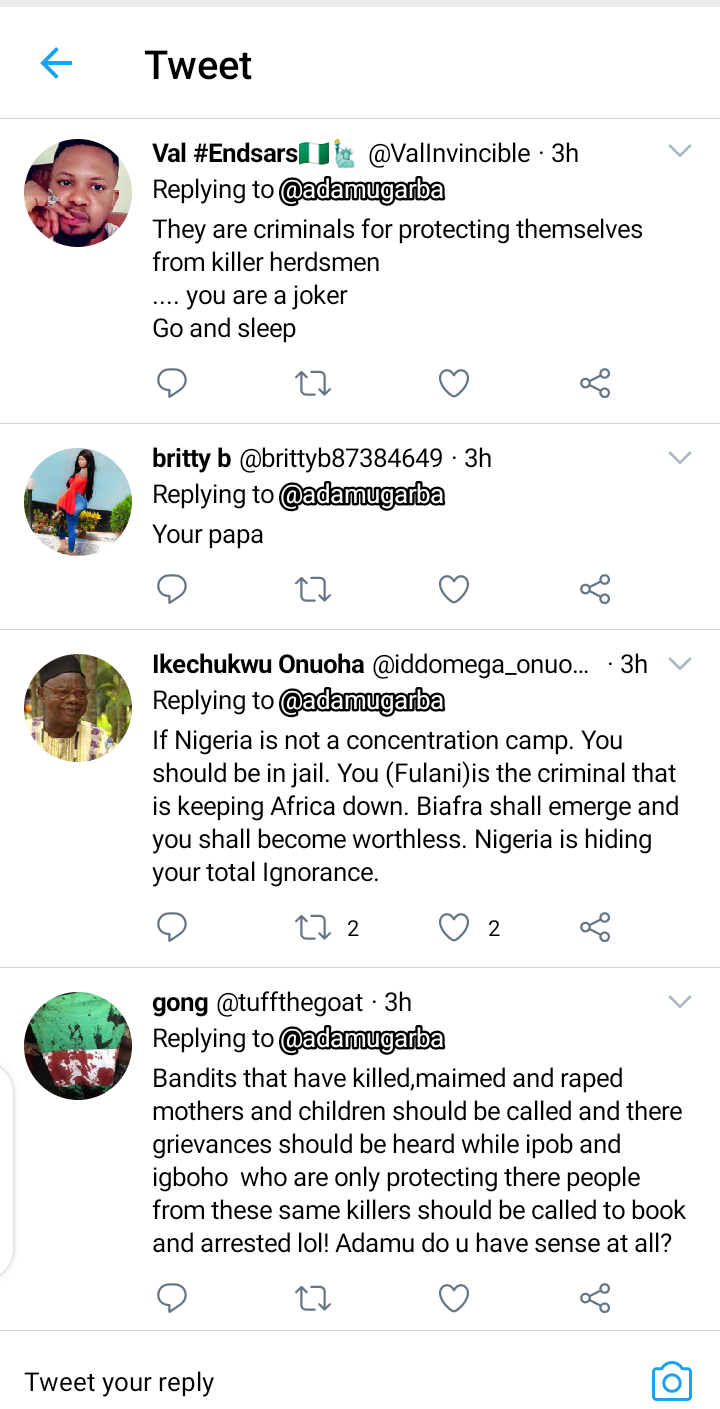 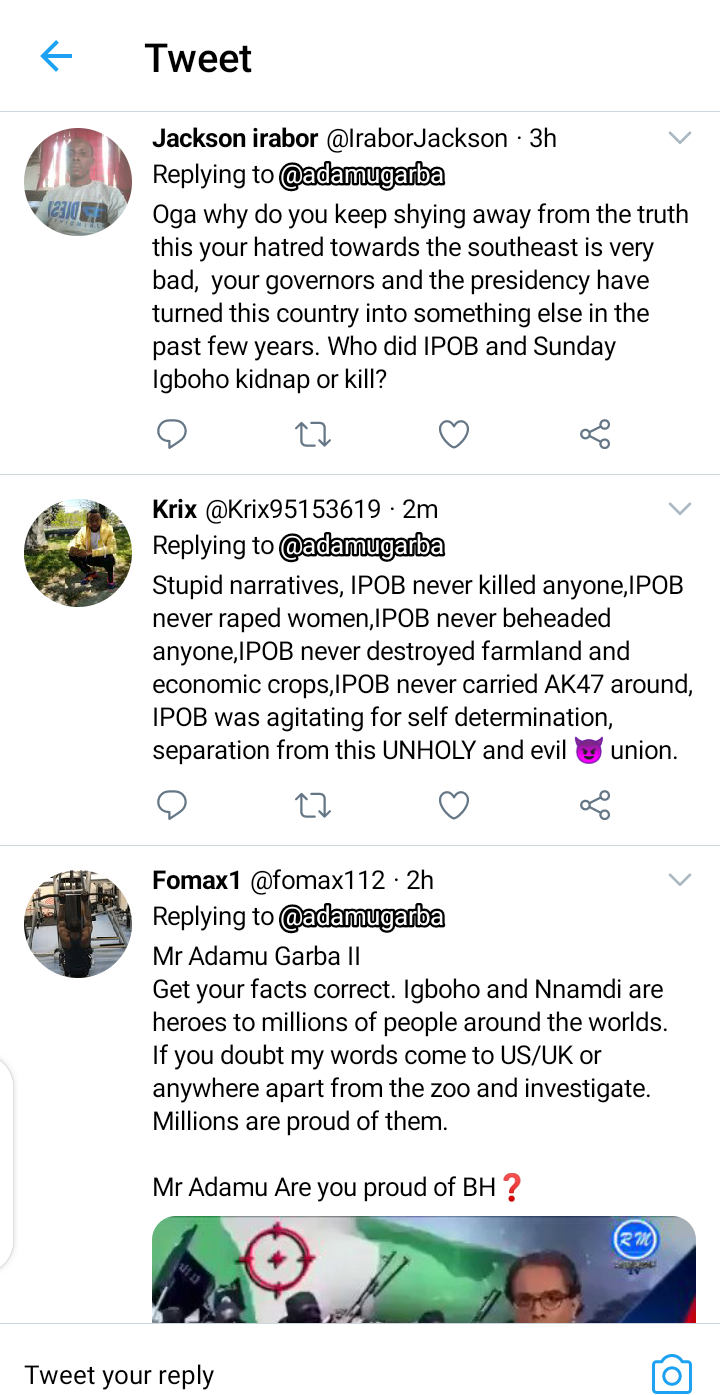 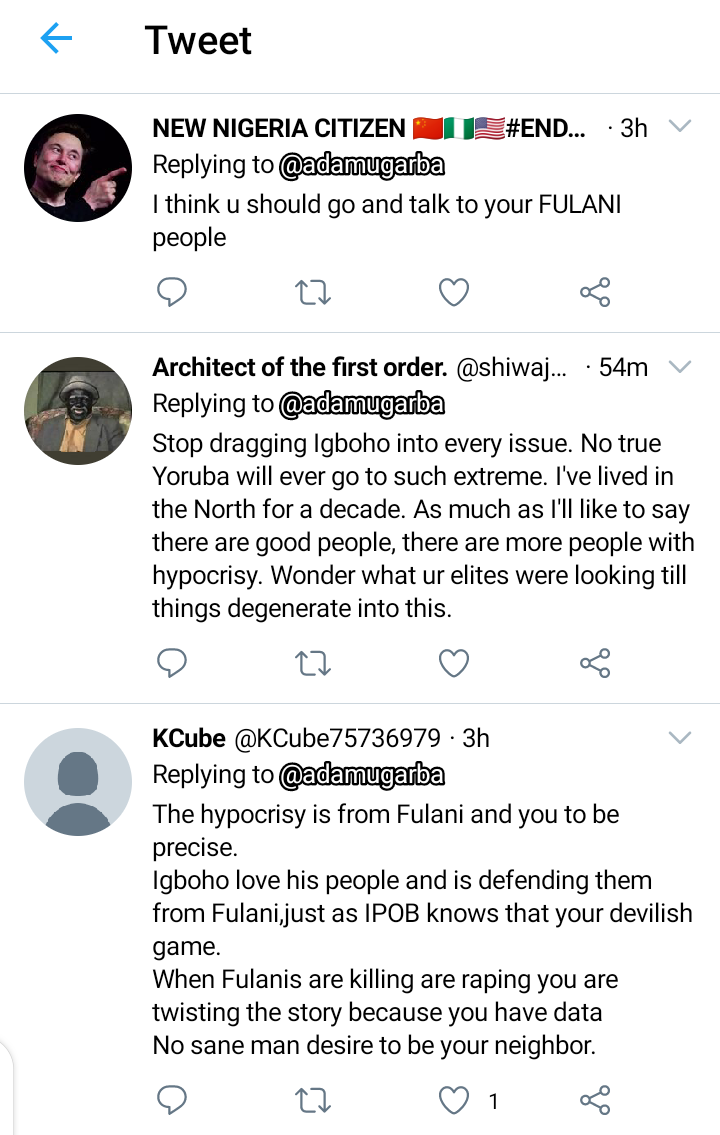 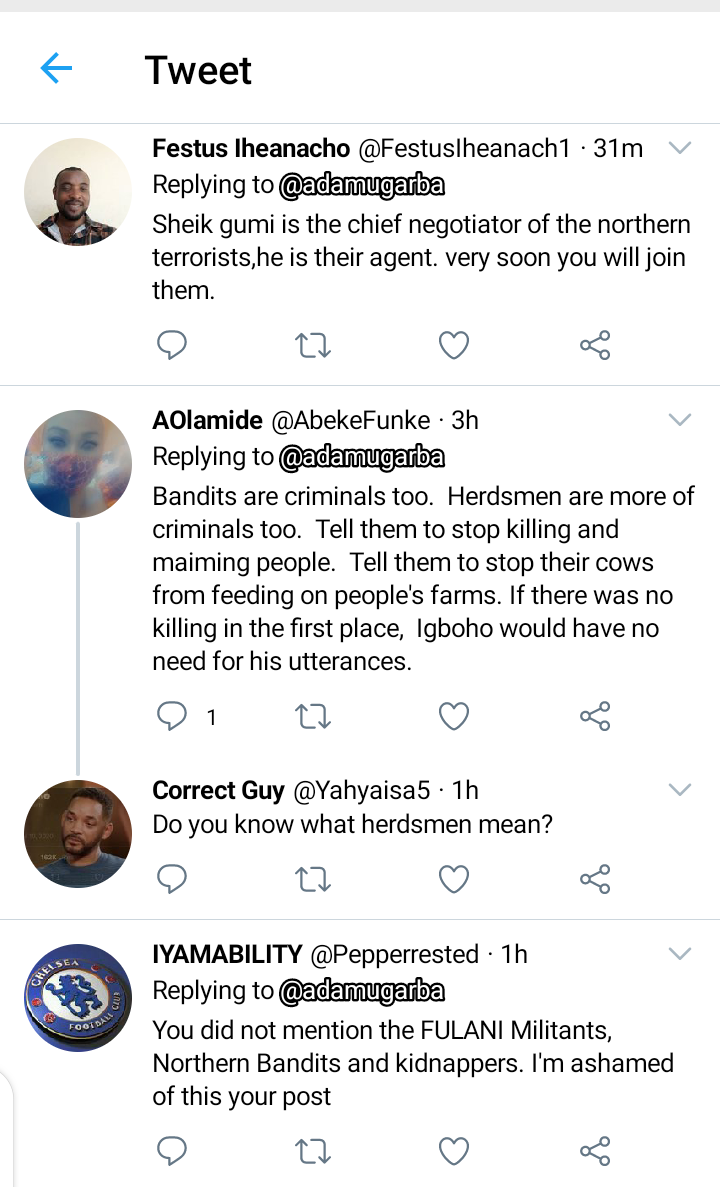 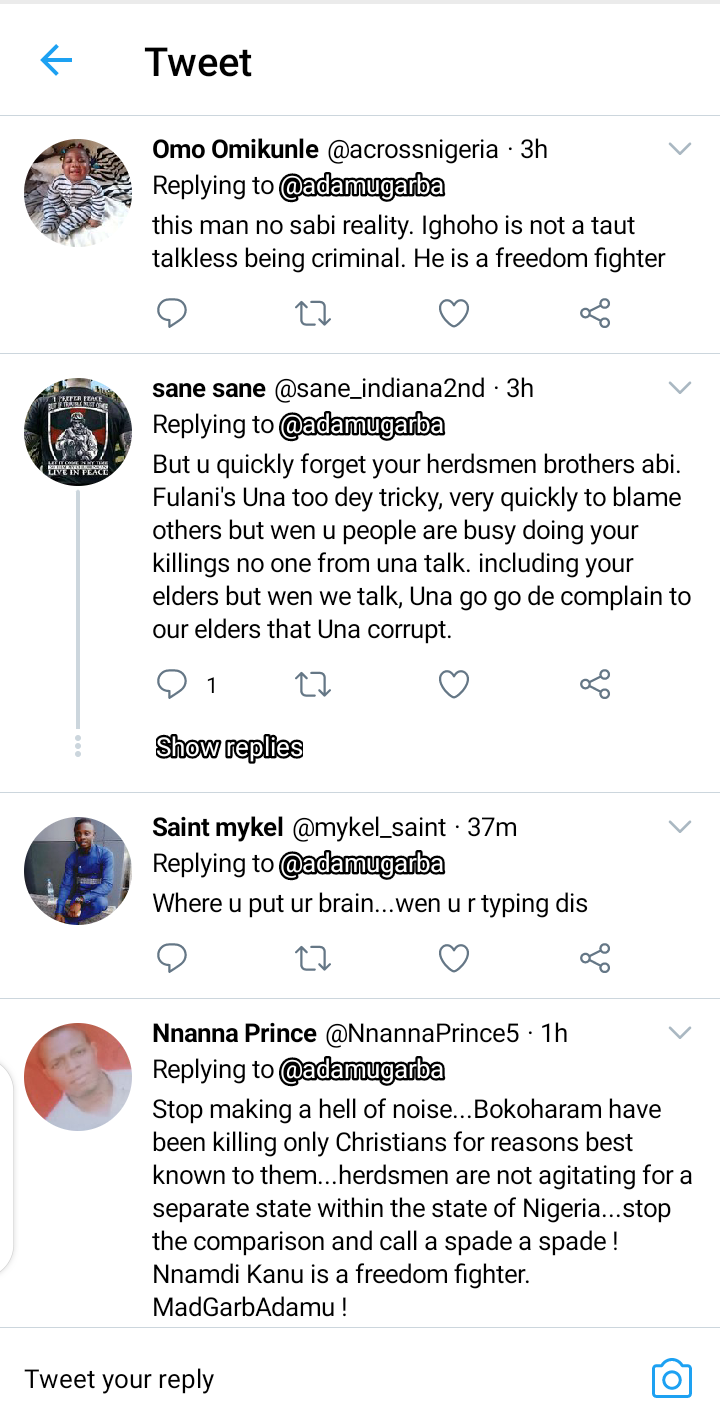 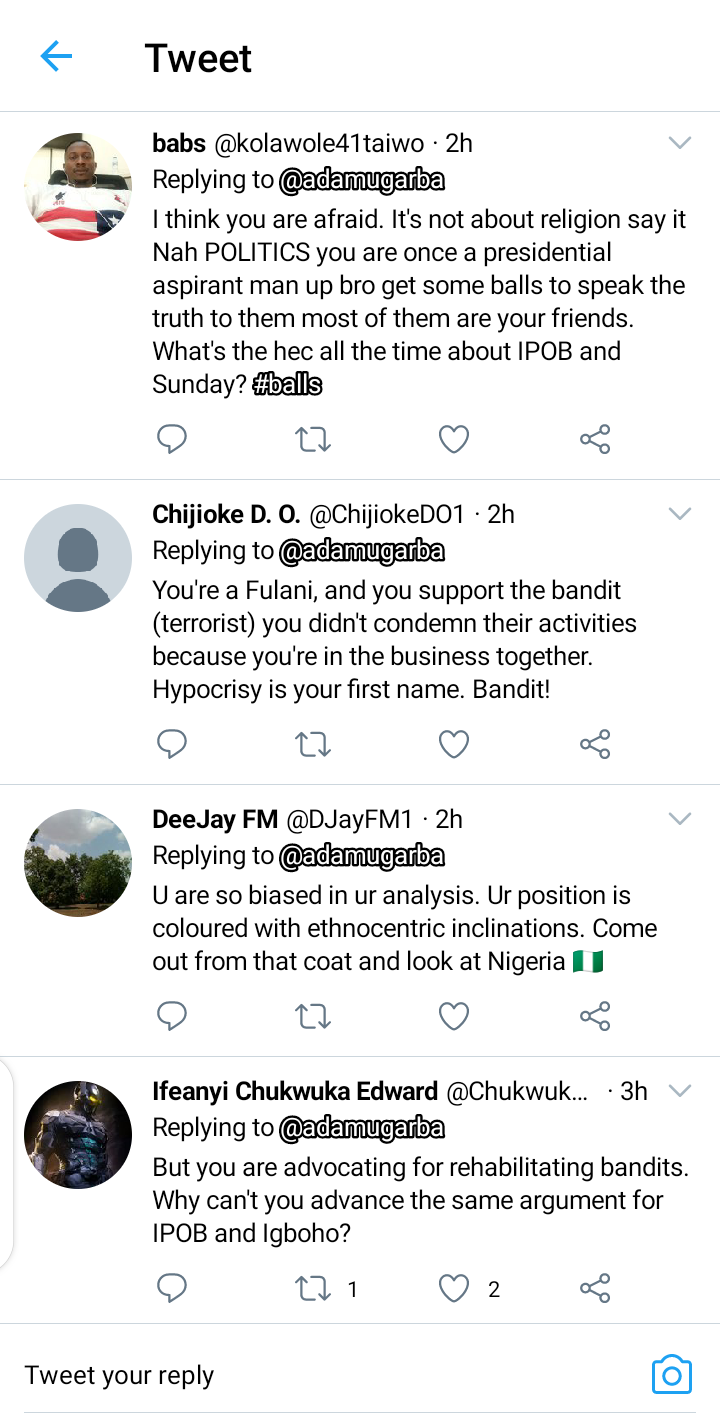 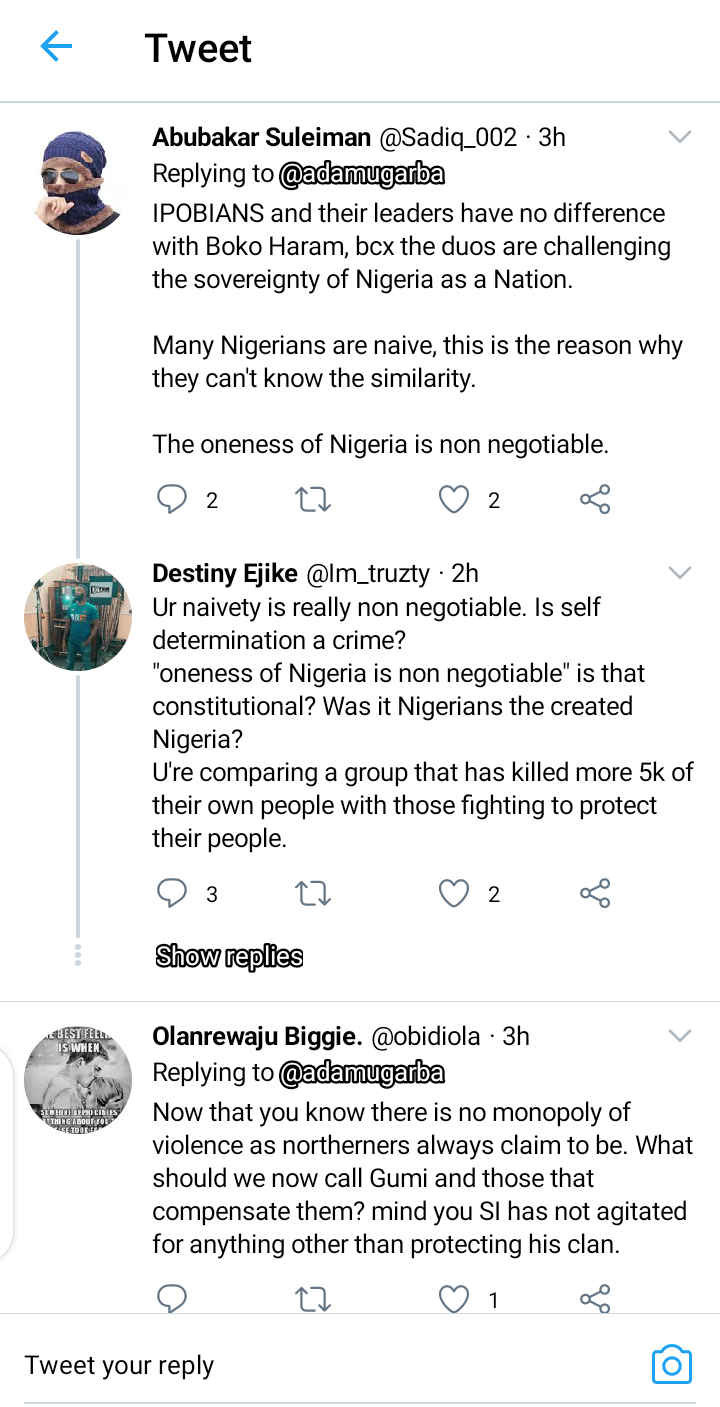 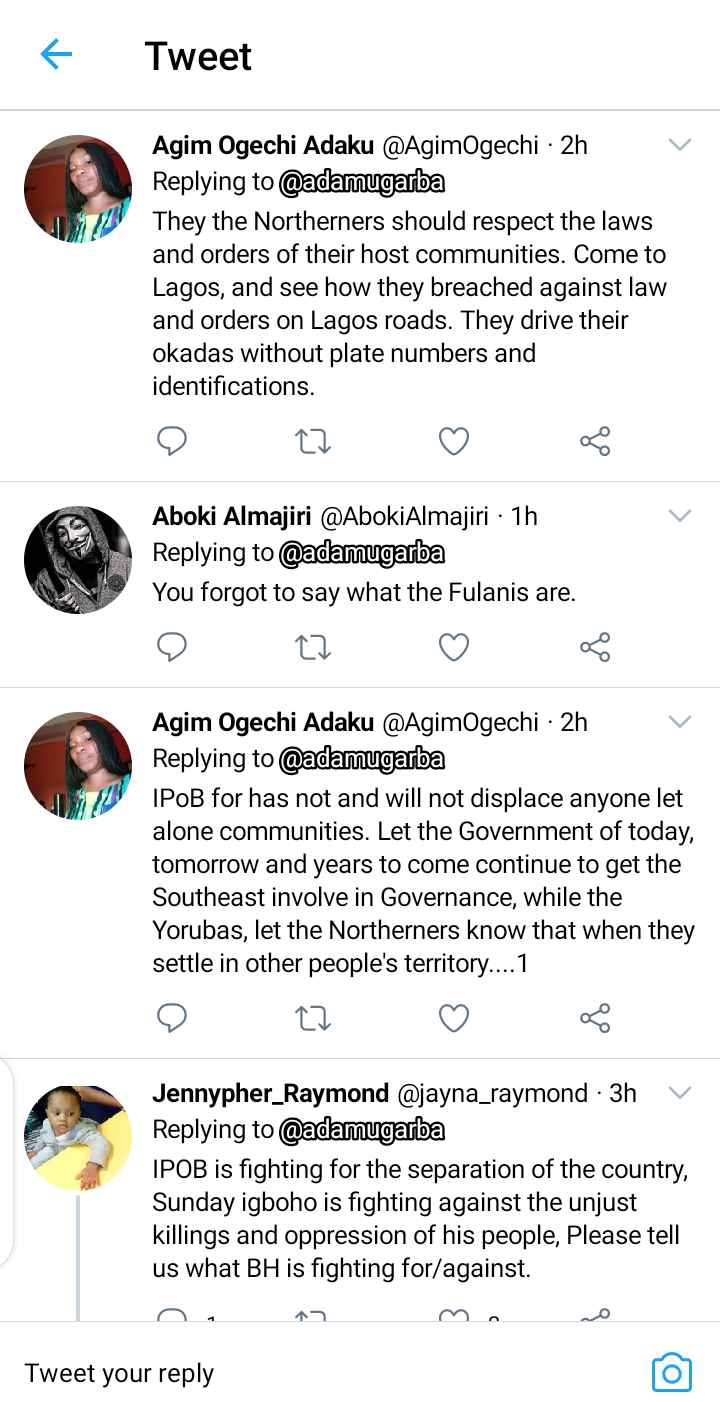 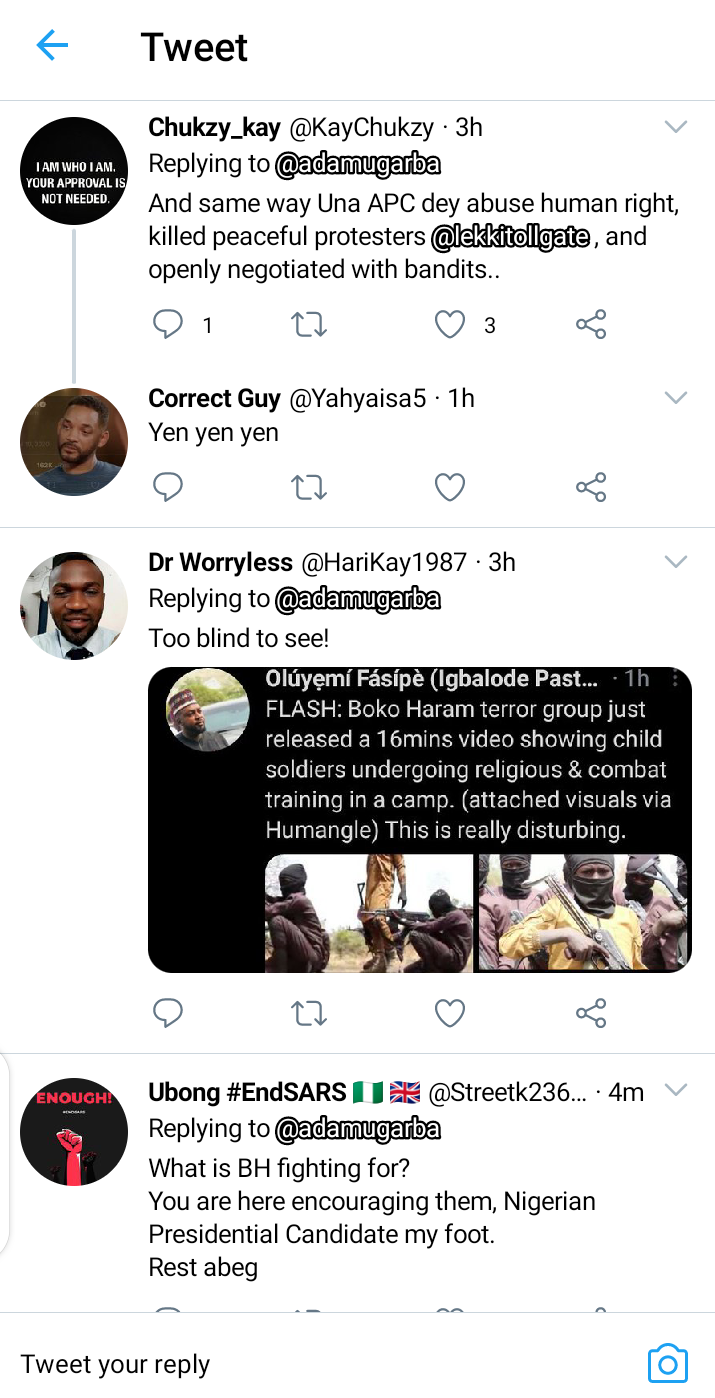 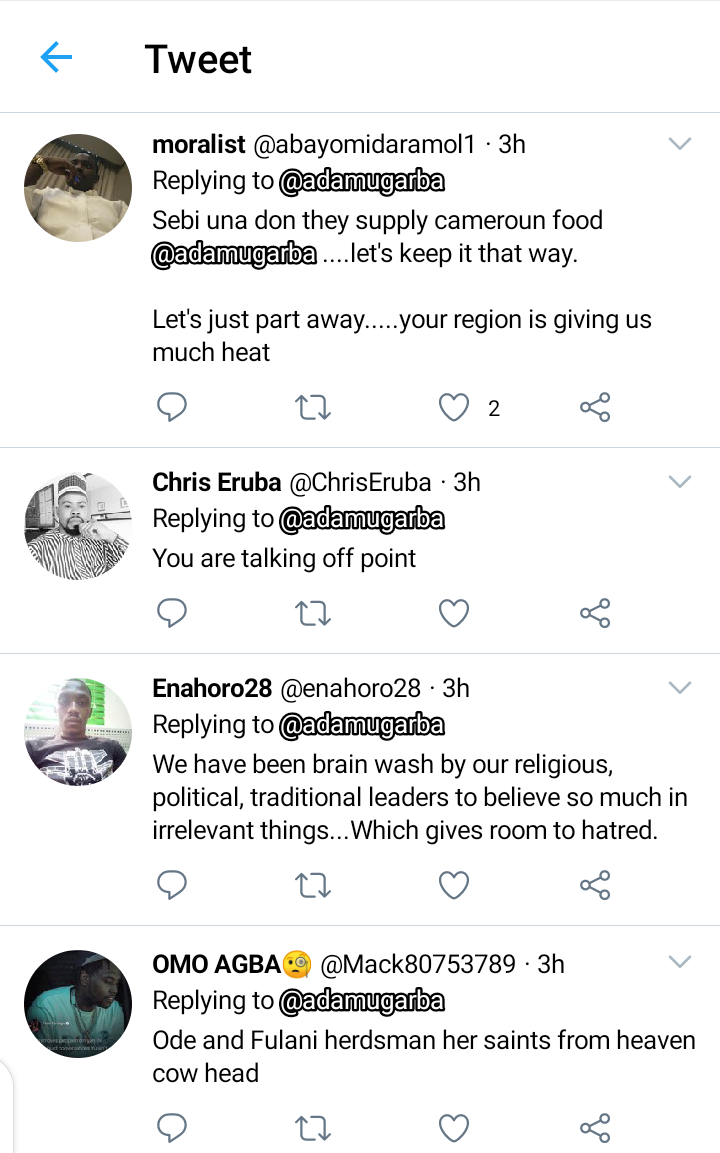 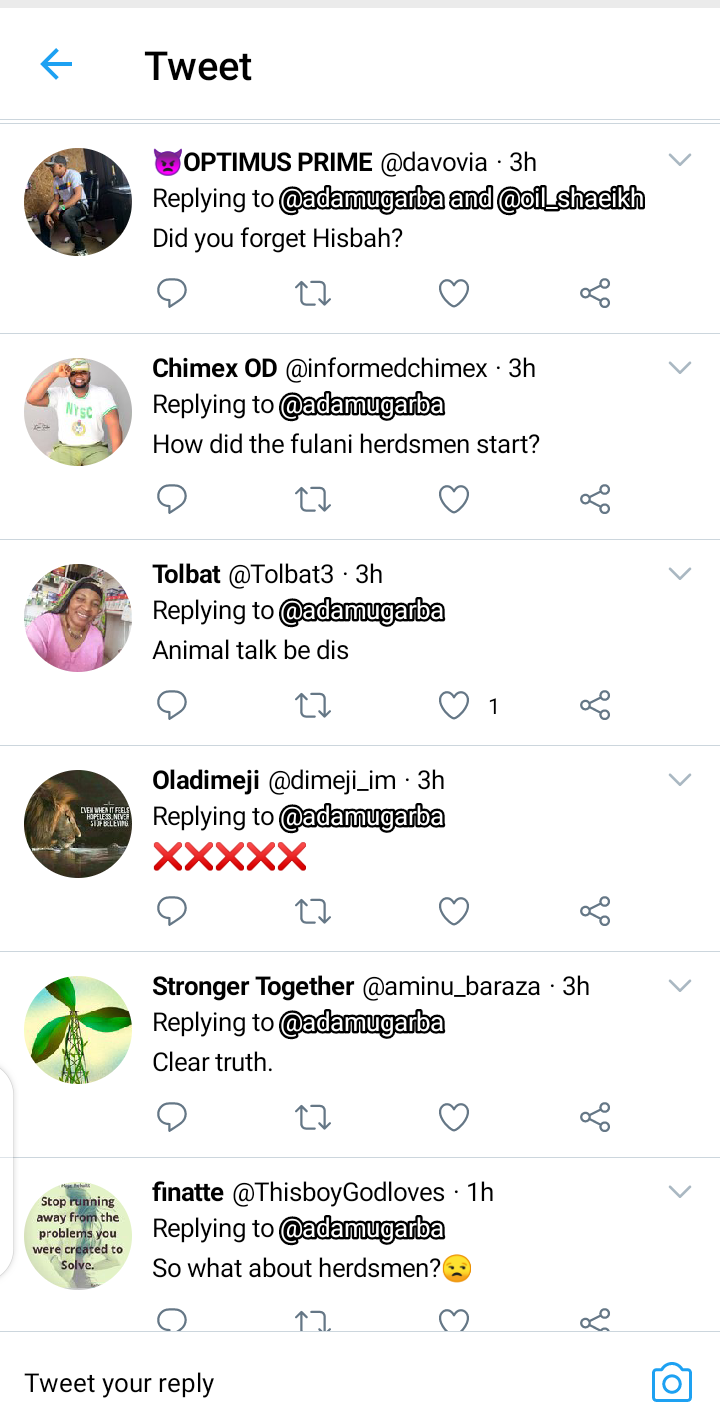 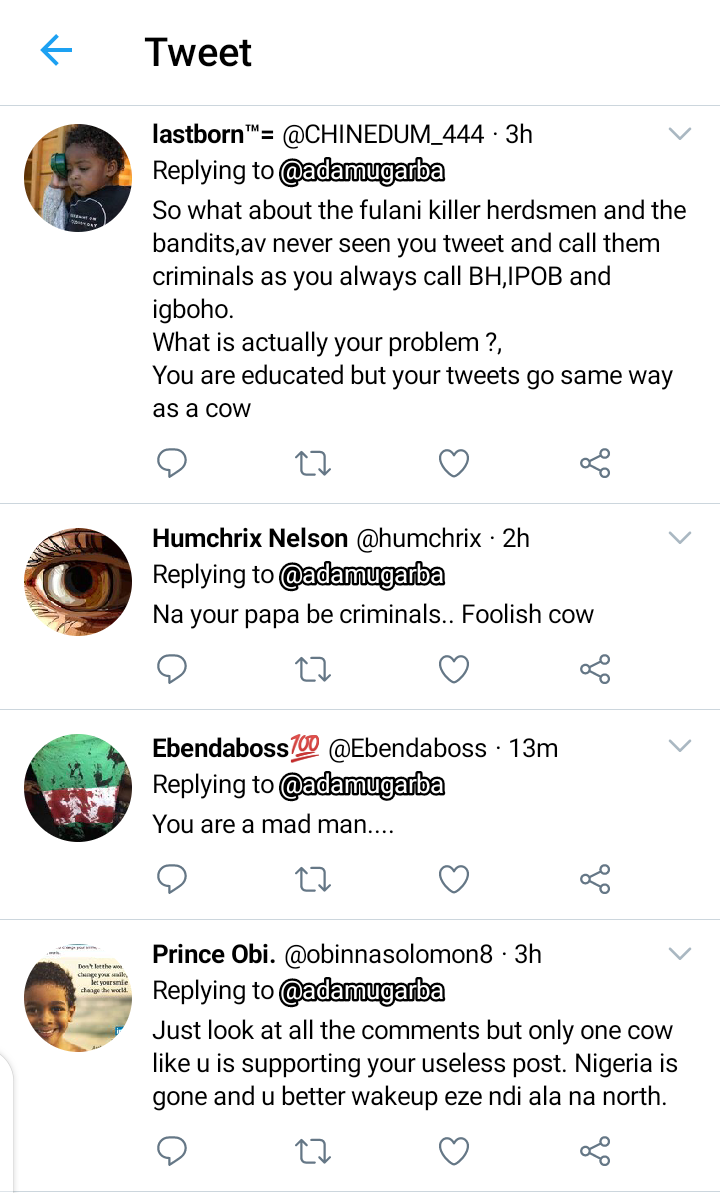 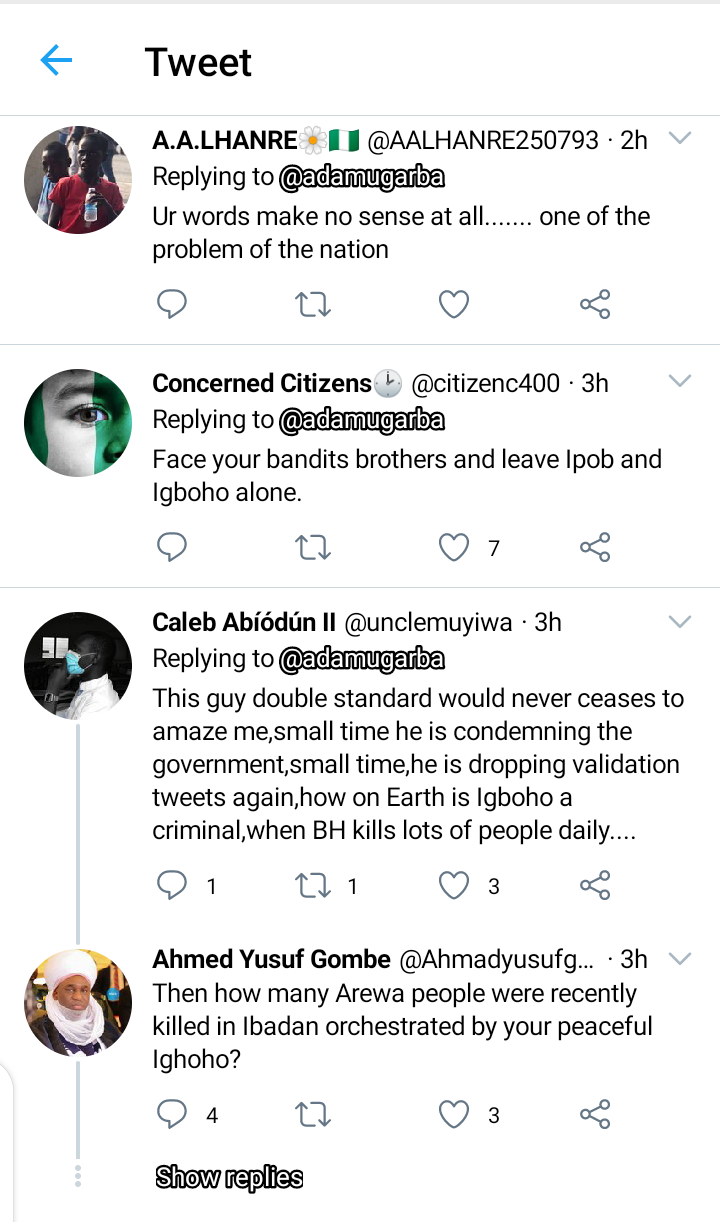 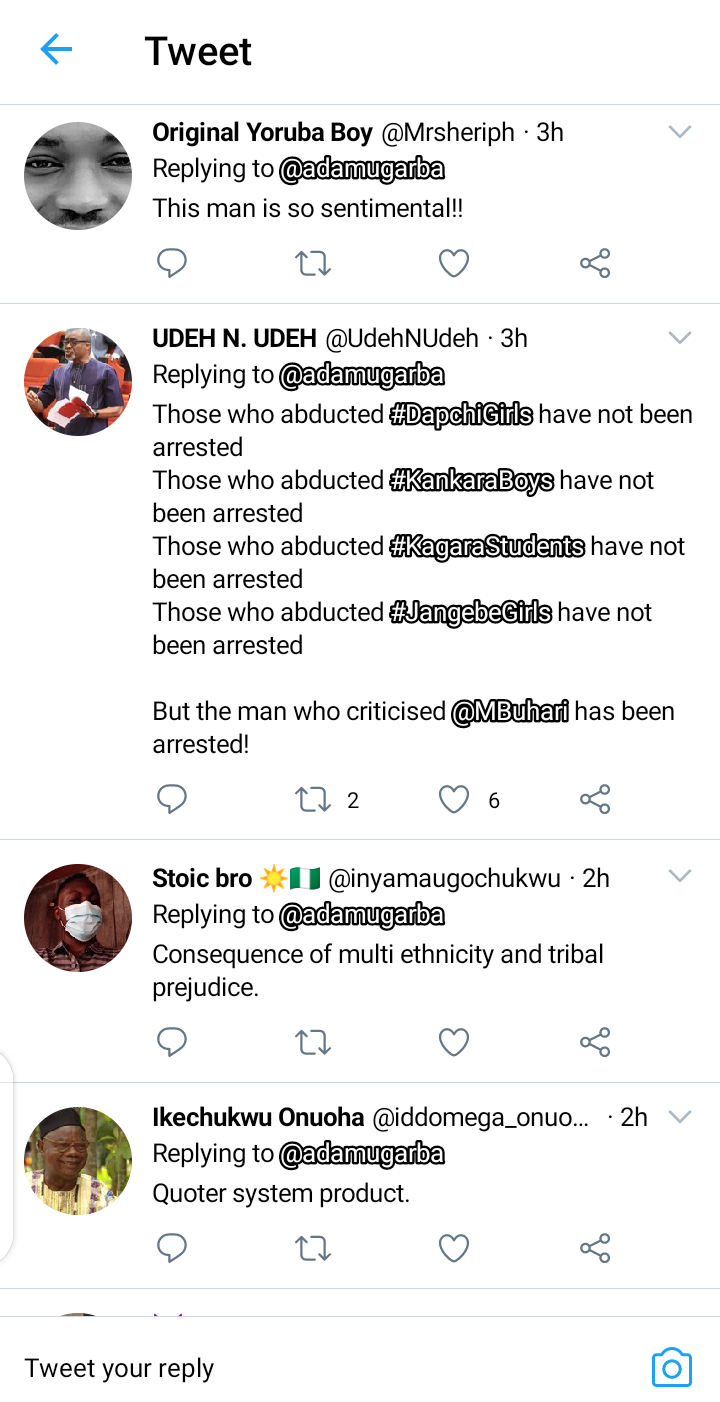 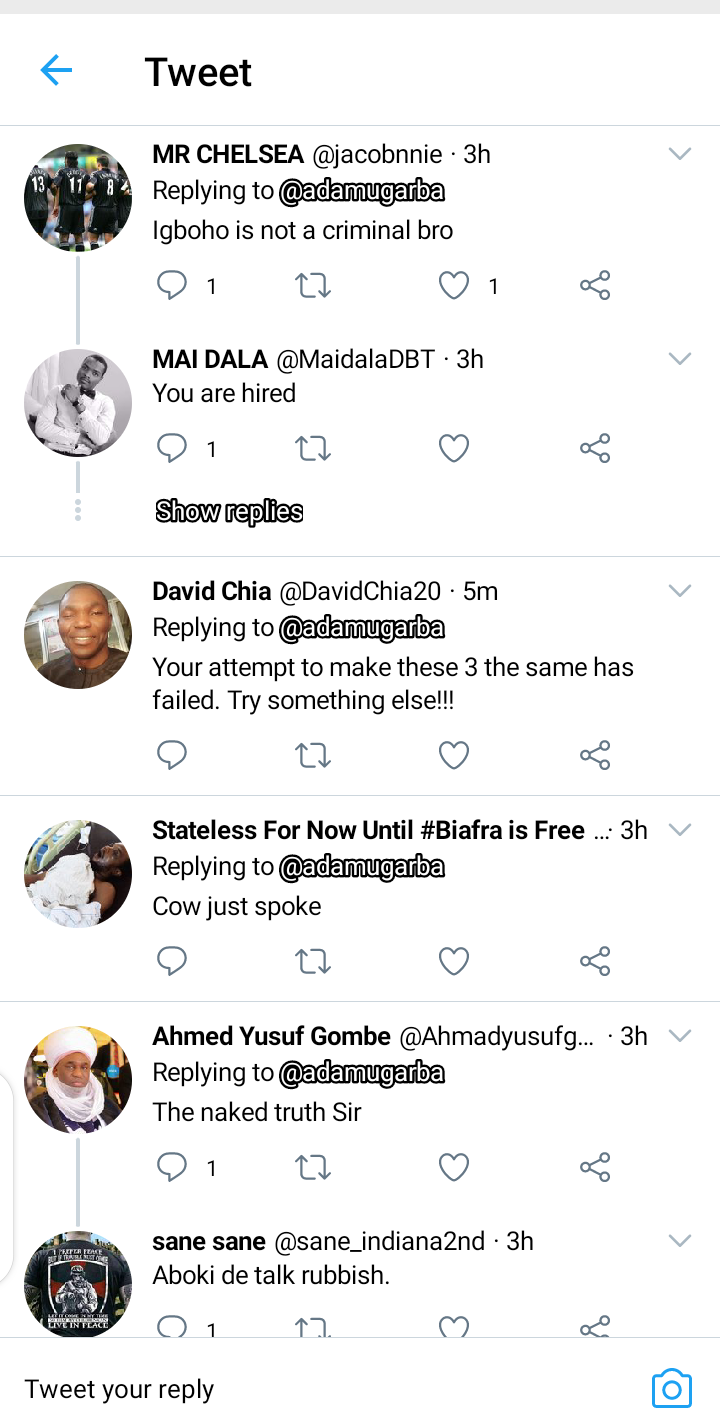