Today's Headlines: Reps Lobby Senate On Direct Primary, I Am Happy To Be Back Home - Tinubu 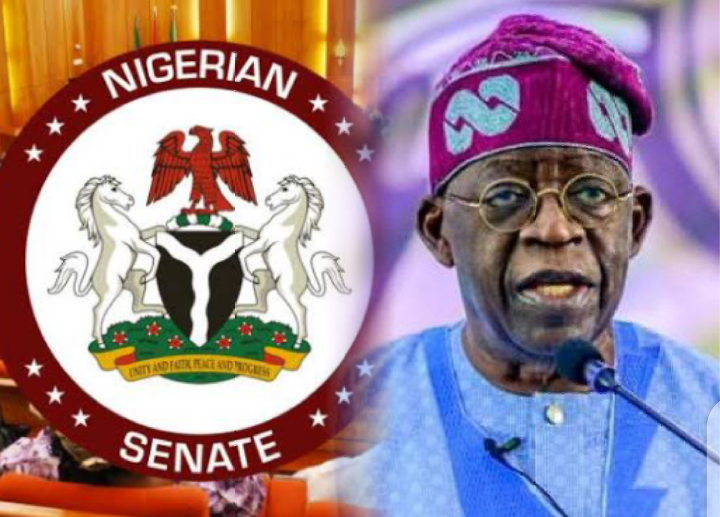 The House of Representatives has started lobbying members of the Senate to support an amendment to the Electoral Act that would force all political parties in Nigeria adopt only the direct primary method in picking their candidates for elections. 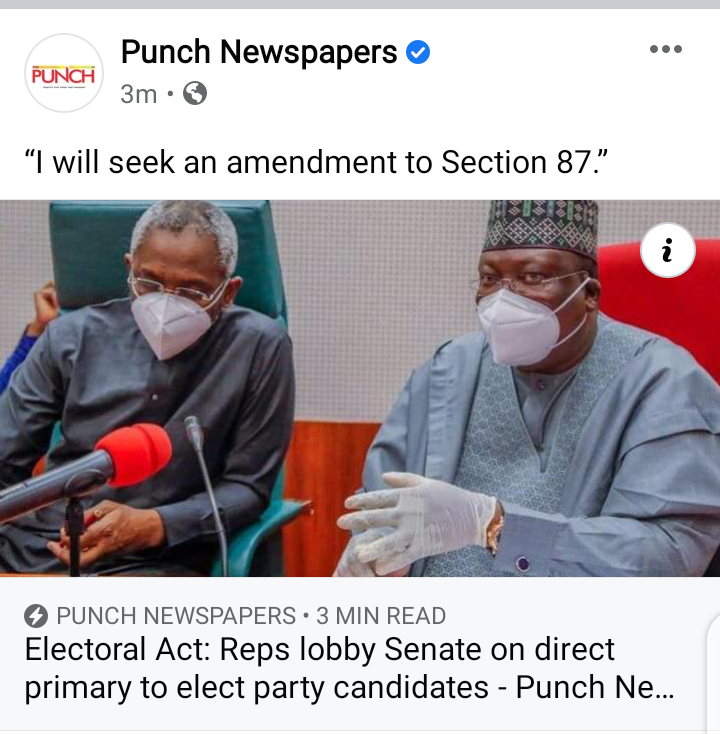 SUNDAY PUNCH learnt on Saturday that the presiding officers of the House, specifically sold the idea to their colleagues in the Senate last week.

Indirect primary allows members of a party to elect delegates, who are usually leaders and members of the executives at the ward, local government area and state levels, to, in turn, elect the party’s candidate(s) at a congress or convention.

I am happy to be back home – Tinubu

National Leader of the All Progressives Congress (APC) Bola Tinubu has expressed thanks to God for bringing him back to Nigeria safely.

He spoke at the State House in Marina at a gathering to welcome him home.

Tinubu has been out of the country in the last three months during which he underwent a knee surgery. 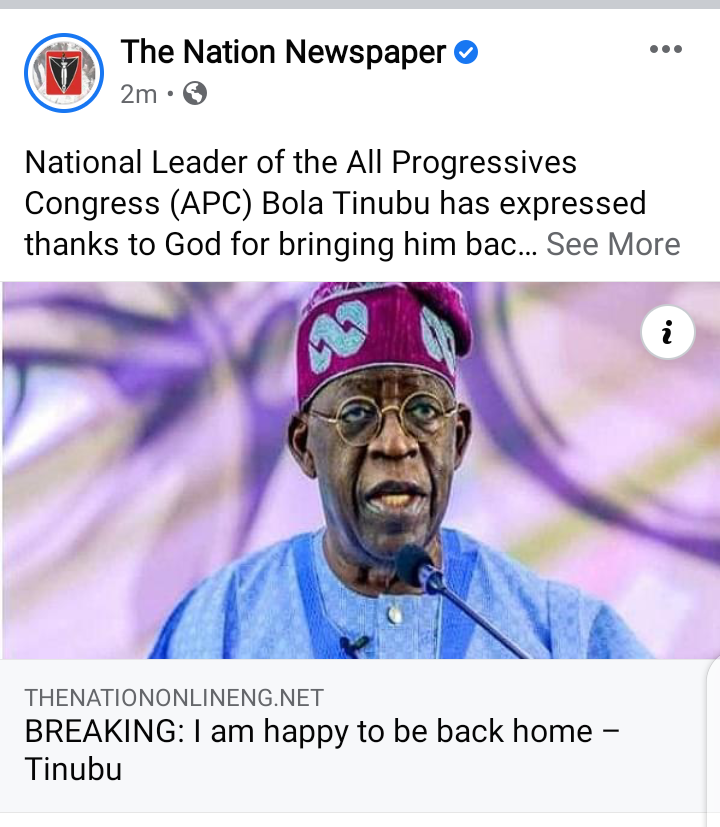 He said: “I am a little emotional but I am happy to be back home. God is the giver of life and He alone can take it.”

The presidency has set aside a whopping N1.6 billion for purchase of vehicles and spares.

This is contained in the budget proposal President Muhammadu Buhari presented to a joint session of the National Assembly on Thursday. 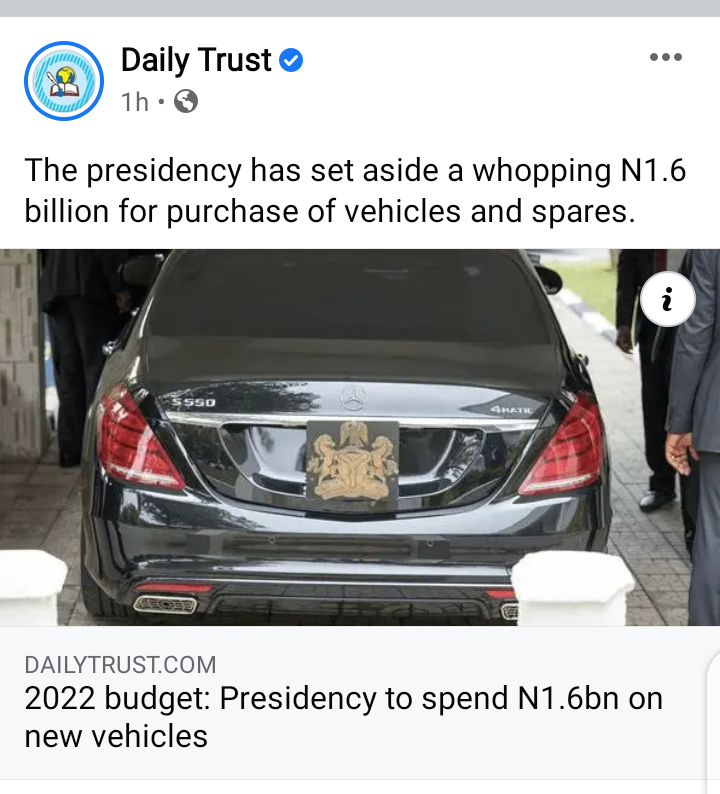 The Minister of Finance, Zainab Ahmed, had said the government would source for more loans to fund the deficit.

According to the estimate, the ongoing phased replacement of vehicles and spares will cost N1.6bn compared to the N436m set aside for a similar purpose in the 2021 proposal.

The Overseer of the Citadel Global Community Church, Tunde Bakare, has announced the inauguration of Nigeria for Nigerians, a.k.a N4N, Movement.

According to him, the launch is an indication that “it is time for Nigerians to take back Nigeria.” 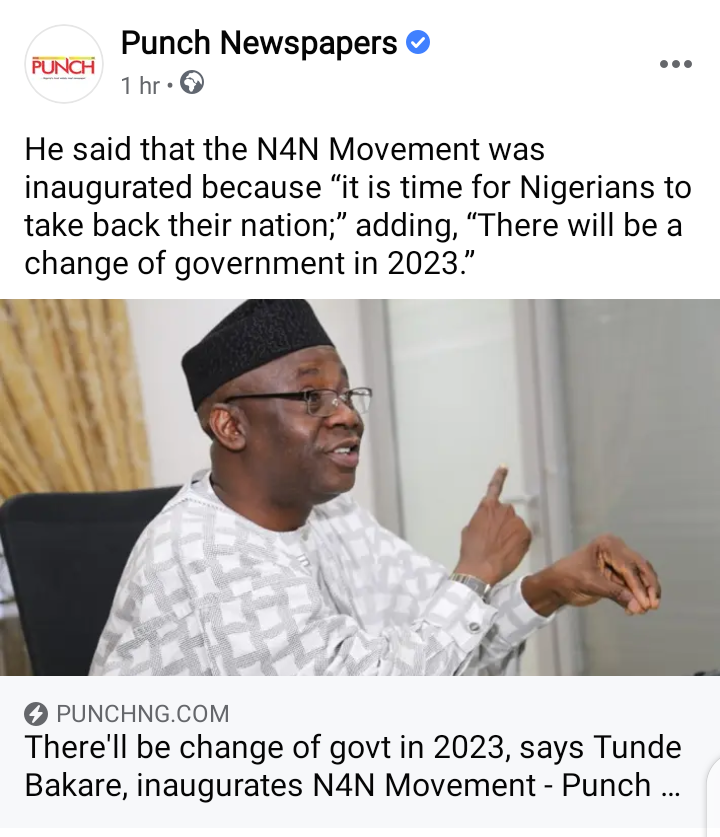 Bakare, who spoke on Sunday during his state of the nation address titled, ‘The black box of Nigeria’s politics’ in Oregun, Lagos, stated that the address would be the last he will deliver in the church.

“This state of the nation broadcast may be the last I will deliver in this auditorium,” he told his listeners during the Sunday worship service.