By SenatorAbbaMoro (self media writer) | 4 months ago 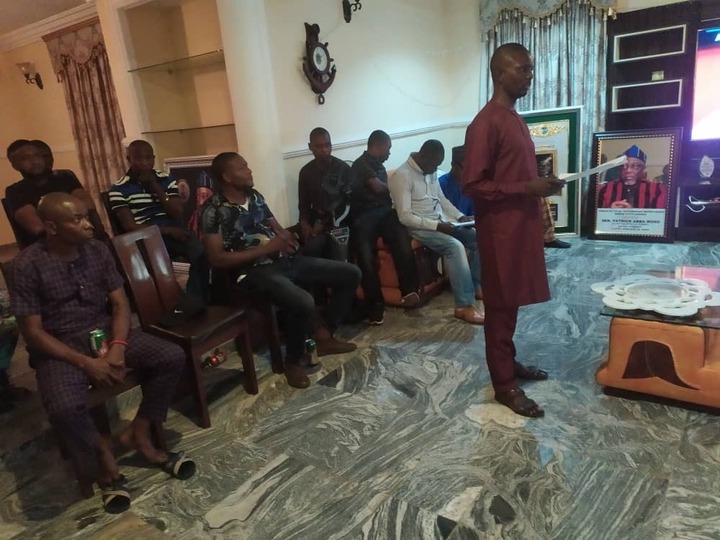 The Deputy Chairmen who were pleased with the leadership acumen of the Senator made the commendation today during a courtesy visit to him in his Otukpo residence.

Reading from a prepared text, the Spokesman of the group, Mr. Ejala Paul, of Oju Local Government Area, stated that the Senatorial District had not, in its history before now, witnessed the magnitude of infrastructural development attracted to the geopolitical zone by Senator Moro.

In his words, "Sir, we are elated by your pragmatic leadership in bringing dividends of democracy to our people through infrastructural and human capital developments."

Mr. Paul went ahead to list some of the Senator's achievements in the last two years to include massive construction of roads, healthcare centres, school buildings, empowerment of women via the distribution of sewing machines, grinding engines, skills acquisition (poultry), distribution of trycles, as well as his prompt response to issues of interest to his constituents.

The Forum, which described the Senator as Godsent and Liberator said he was a man with a huge interest of his people and the People's Democratic Party (PDP) at heart.

While pledging their collective loyalty to Senator Moro, the Forum also promised to stand by him in his quest for a second term come 2023.

In his response, Senator Moro commended the Deputy Chairmen for the visit and standing by him all along.

The Comrade Senator who promised not to disappoint the People of Zone C, said in the past information about him were misconstrued and negatively twisted in order to give him a bad name. He said he would always work for PDP and the good people of Benue South who gave him the mandate he currently holds, stating that he would never disappoint them.

He encouraged the PDP faithfuls to stand by the party at all times, he stated that aside the collective benefits accruing to the entire Senatorial District, individual benefits would never elude them. He urged them to keep on preaching the PDP gospel to all the nooks and crannies of the Senatorial District, to win more people from the opposition political parties.