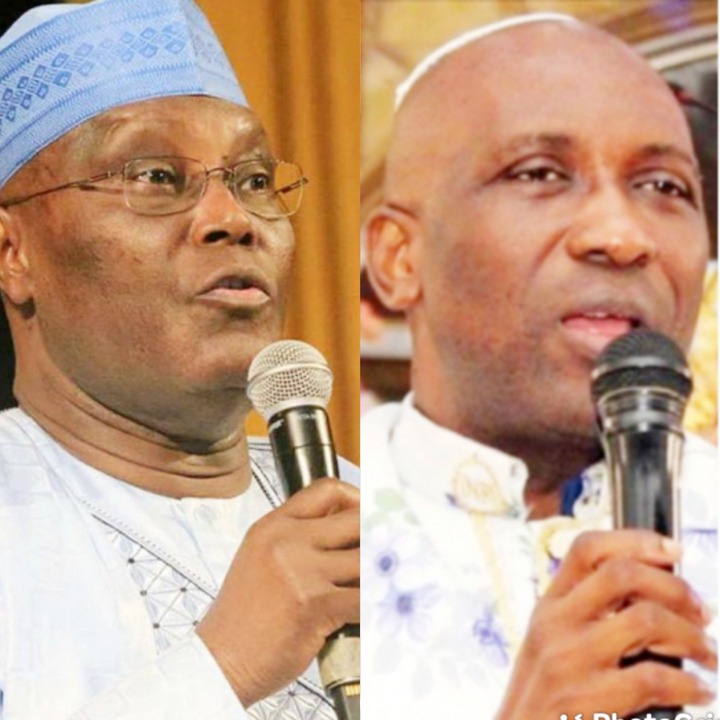 PDP Will Take Over Power From APC In 2023-Atiku 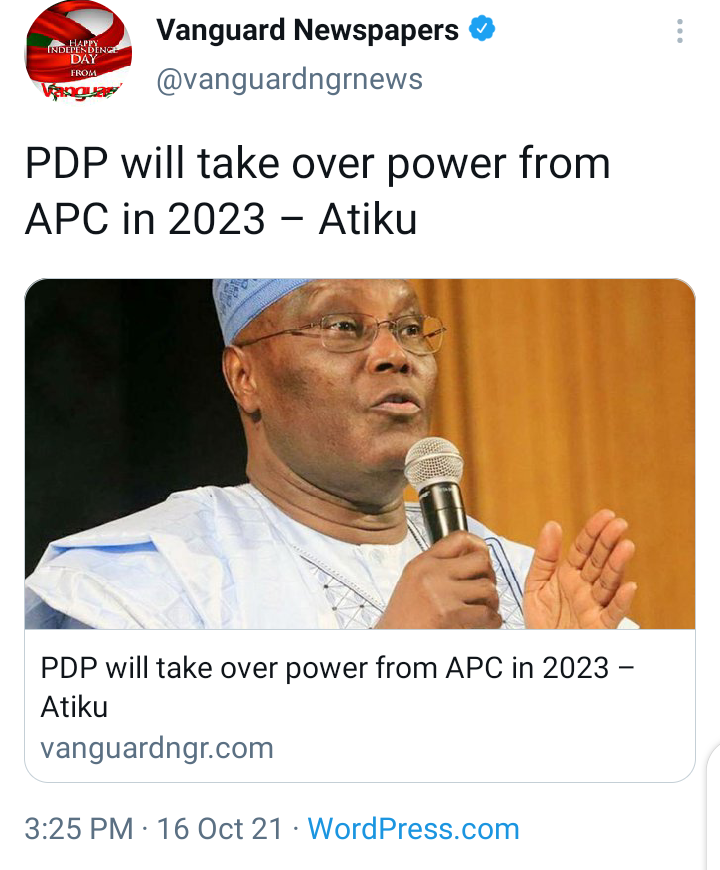 Former Vice President of Nigeria, Alhaji Atiku Abubakar has expressed optimism that the People’s Democratic Party (PDP) will take over power from the ruling All Progressives Congress (APC) come 2023.

Speaking with journalists shortly after he cast his vote at the Mahmud Ribadu Square, Yola, venue of the PDP State congress, Atiku maintained that the Peoples Democratic Party State Congress in Adamawa will set the pace for others when it comes to election transparency.

He called on politicians to respect party guidelines, electoral guidelines and the nation’s constitution in electing party leaders, saying democracy can only triumph in a free and fair environment.

2614 delegates across the 21 local government areas of the state participated in the exercise, even as 39 aspirants had earlier been cleared for various elective posts by the PDP election screening committee headed by Mamu Alhaji Mohammed. 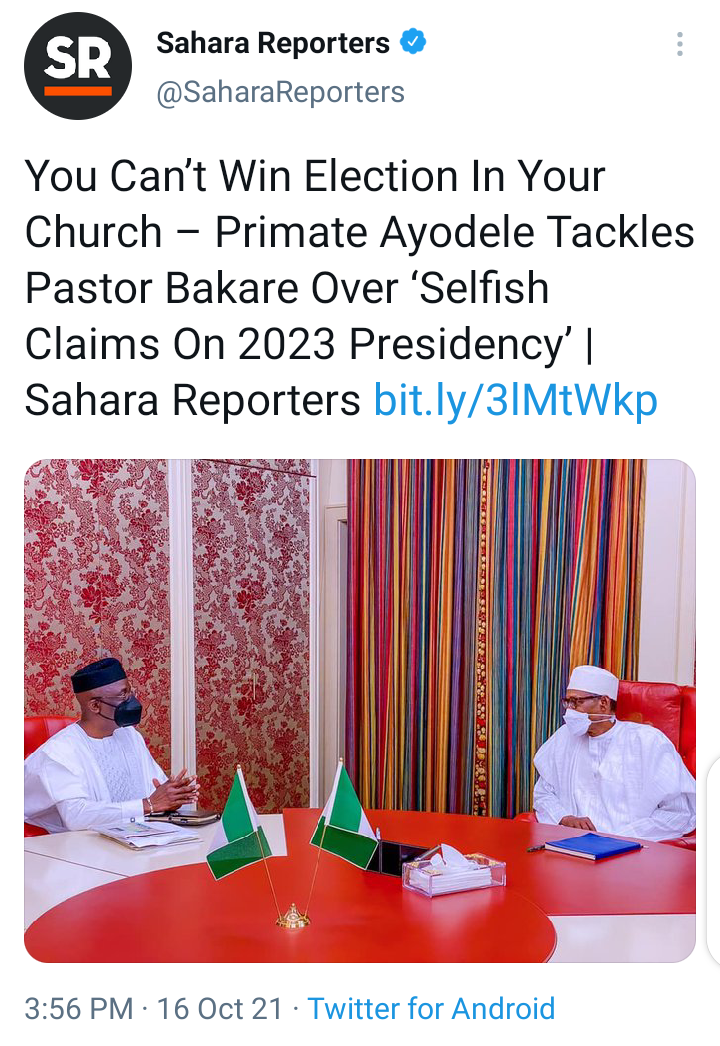 The Leader Of INRI Evangelical Spiritual Church, Primate Elijah Ayodele has taken a swipe at Pastor Tunde Bakare of the Citadel Global Community Church over the latter's comment on running for president in 2023.

Bakare, who paid a visit to President Muhammadu Buhari on Friday, said he will contest for the position if God and Nigerians asked him to.

He further described himself as a nation builder.

Reacting, Primate Ayodele frowned at the remark stating that Pastor Bakare should face his missionary work and stop mismanaging the grace of God upon his life.

Kaduna Will Determine Those Qualified To Preach- El-Rufai 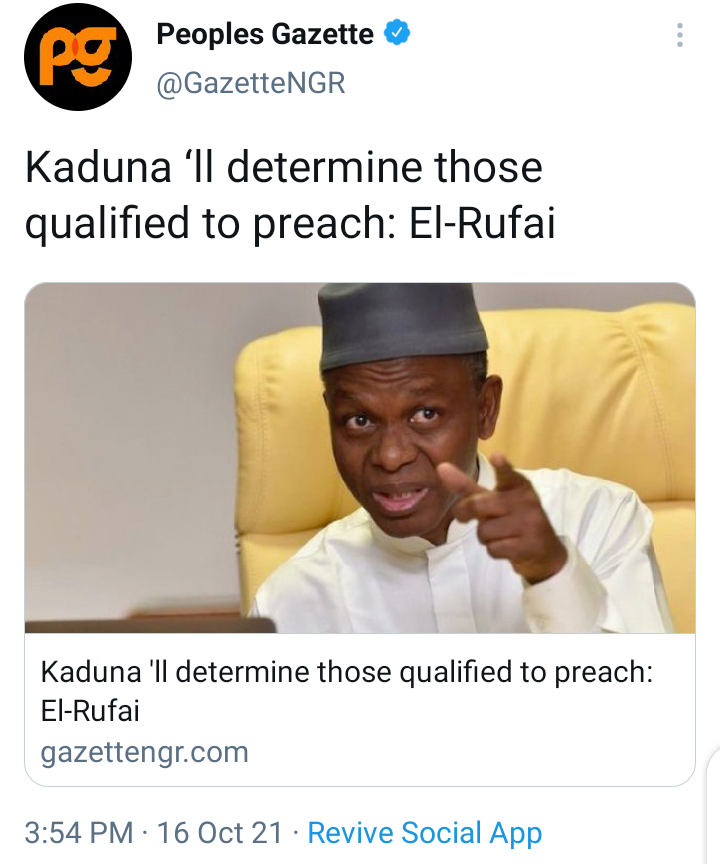 Governor Nasir El-rufai on Friday said the state will work with Interfaith Preaching Regulatory Council to determine those qualified to preach in the state, lamenting that religion has been weaponised to divide and cause hate among Nigerians.

Speaking at inauguration of the Kaduna State Interfaith Preaching Regulatory Council, Mr El-rufai said “Most of the residents of Kaduna State are very religious, like other Nigerians. But Kaduna State is unfortunately one of the states in the country with a sad history of religious clashes.”

He further said though religion should foster unity among Nigerians, it has been weaponised to divide and cause problems in Kaduna State.