The Edo State Peoples Democratic Party Campaign Council has lampooned the All Progressives Congress candidate for the Edo State governorship election, Osagie Ize-Iyamu, over the “embarrassing allegation” that his much-hyped “SIMPLE” agenda was copied from another governorship aspirant The campaign said this in a statement by its spokesman, Chris Nehikhare, on Friday. 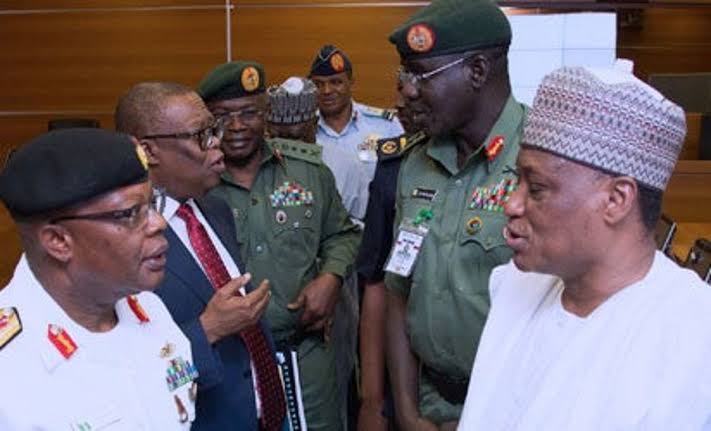 The leader of INRI Evangelical Spiritual Church, Primate Elijah Ayodele, has warned the Chief of Army State, Lieutenant General Tukur Yusuf Buratai, against assassination attempt. Primate Ayodele said this in a telephone interview with newsmen on Friday. He made it known that if care was not taken, military men will start killing each other. He predicted am assassination attempt on Buratai, adding that there is corruption in the Nigerian Army.

N-Power programme, which has been described as a critical component of President Muhammadu Buhari’s National Social Investment Programme. The Ministry of Humanitarian Affairs, Disaster Management and Social Development, under which the N-Power programme was domiciled after it moved from the office of the Vice President, announced the transitioning and exiting of Batch A & B beneficiaries beginning June 30 and culminating on July 31, 2020.

The State Media Campaign Council of the All Progressives Congress for the Edo State governorship election has accused a group of political parties of planning a staged press conference at a hotel in Benin City on Friday to endorse incumbent Governor Godwin Obaseki of the Peoples Democratic Party after receiving alleged payments and promised N65 million reward. In a statement by John Mayaki, the Chairman of the Campaign Council, the APC said the “motley of parties” have sold out their platform and done irrevocable damage to their potential for growth in the state by agreeing to offer their support to a widely rejected Governor.

The leader of INRI Evangelical Spiritual Church, Primate Elijah Ayodele, has revealed reasons he does not associate with politicians and not a member of the Christian Association of Nigeria and the Pentecostal Fellowship of Nigeria. Primate Ayodele said this in a telephone interview with newsmen on Friday. While speaking on why his prophecies have proven to be accurate over time and why he has never been associated with any politician or government, Ayodele made it known that he isn’t a prophet who relies on information from government before he makes prophecies, explaining that he doesn’t work for any government too because he isn’t friend to politicians.

The Defence Headquarters says the troops of Operation WHIRL STROKE has rescued about 34 kidnapped victims, apprehended suspected kidnappers and recovered cache of arms and ammunition in Benue State. The Coordinator, Defence Media Operations, Major General John Enenche, disclosed this in a statement on Friday in Abuja. Enenche said the success was recorded following a credible intelligence on the activities of a notorious kidnap syndicate operating in Igbom village in Nenzev council ward of Logo Local Government Area.