2023 and Tinubu's Ambition: His silence is too loud and the speculation, too wild.

By Rushhournews (self media writer) | 2 years ago

He is a man difficult to ignore. When he laughs, people give it a meaning, when he coughs, it is given political meaning. It is not surprising that the man seldom talks else people read untoward meaning. His name is Senator Bola Ahmed Tinubu, popularly known as Jagaban. Of late, the political atmosphere has been saturated with the speculation of his presidential ambition come 2023. Calculations and counter propositions including fierce condemnation have rented the airwaves and dominated the print media on the propriety or otherwise of his ambition. 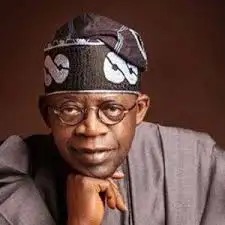 In fairness to the Jagaban, I am yet to read or hear a direct statement from him saying that he will contest the 2023 presidential election. Impliedly, every speculation and innuendos is simply the reading or misreading the body language of Tinubu. Such speculations is creating an unnecessary debate that is divisive in nature. While some people believes it is within his right to aspire for the most exalted office in the land and well qualified if I may add, others believe it is a walk in the part of chaos and disunity, considering that equity demands that the Southeast should be allowed to put their best foot forward and clinch the position.

Those who argue in this direction give examples of 1999 when all the political parties presented candidates from the Southwest extraction to assuage their loss of June 12. The same goes for 2019 when the major parties presented only northern candidates. These ensured that head or tail, the president must come from the zoned section of the country. Granted it is not constitutional, a country desirous of peace and unity works out an arrangement that suites it’s unique needs. But should anyone blame Tinubu? He has remained modest enough to leave things as they are SPECULATIONS.

But since they say there's no smoke without fire, it is likely he has discussed such possibility in private with some political associates who discussed with other people who finally brought it to the public domain. Alternatively, some people might be flying a kite to test the waters for him. Those who know the Jagaban know that he is a very calculative person who does not plunge into a river he can not swim successfully assure. Whatever it is, his ambition has kept many in suspense and his pronouncement when he does will certainly alter the dynamics of political marriages and realignments in the entire country. He should look before he leaps because those leading him on today might be the ones to undo him tomorrow. Politics is indeed a slippery turf.

Content created and supplied by: Rushhournews (via Opera News )