Does the CCP plan to dissolve after achieving perfect communism?

Yes, the CCP does plan to dissolve after achieving perfect communism. That has been its intention since Day One and it’s baked into China’s strategic plan. 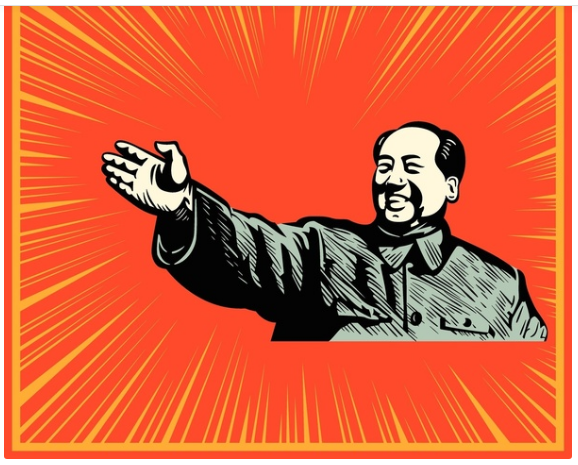 In 1948, someone asked Mao that same question and he replied:

Like a man, a political party has its childhood, a youth, manhood and old age. The Communist Party of China is no longer a child or teenager but has become an adult. When a man reaches old age he will die, and that holds true of a party..For the working class, the laboring people and the Communist Party the question is not one of being overthrown but of working hard to create the conditions in which classes, state power and political parties will die out very naturally and mankind will enter the realm of Great Harmony, dàtóng. – Mao Zedong. On the People’s Democratic Dictatorship. June 30, 1949.

In the seventy years since Mao wrote those words, China has become a xiaokang society, the halfway point to dàtóng. Beginning in 2021, Xi will chart a new course, to finish the journey, at the end of which classes, state power and political parties will die out very naturally and mankind will enter the realm of Great Harmony, dàtóng.

One of its most celebrated passages in The Book of Rites reads:

Once Confucius was taking part in the winter sacrifice. After the ceremony was over, he went for a stroll along the top of the city gate and sighed mournfully. He sighed for the state of Lu. His disciple Yen Yen, who was by his side, asked: ‘Why does the Master sigh?’

Confucius replied: ‘The practice of the Great Way, the illustrious men of the Three Dynasties–these I shall never know in person and yet they inspire my ambition! When the Great Way was practiced, the world was shared by all alike. The worthy and the able were promoted to office and men practiced good faith and lived in affection. Therefore they did not regard as parents only their own parents, or as sons only their own sons. The aged found a fitting close to their lives, the robust their proper employment; the young were provided with an upbringing and the widow and widower, the orphaned and the sick, with proper care. Men had their tasks and women their hearths. They hated to see goods lying about in waste, yet they did not hoard them for themselves; they disliked the thought that their energies were not fully used, yet they used them not for private ends. Therefore all evil plotting was prevented and thieves and rebels did not arise, so that people could leave their outer gates unbolted. This was the age of Grand Unity, Dàtóng.

‘Now the Great Way has become hid and the world is the possession of private families. Each regards as parents only his own parents, as sons only his own sons; goods and labor are employed for selfish ends. Hereditary offices and titles are granted by ritual law while walls and moats must provide security. Ritual and righteousness are used to regulate the relationship between ruler and subject, to insure affection between father and son, peace between brothers, and harmony between husband and wife, to set up social institutions, organize the farms and villages, honor the brave and wise, and bring merit to the individual. Therefore intrigue and plotting come about and men take up arms. Emperor Yu, Kings Tang, Wen, Wu and Cheng and the Duke of Chou achieved eminence for this reason: that all six rulers were constantly attentive to ritual, made manifest their righteousness and acted in complete faith. They exposed error, made humanity their law and humility their practice, showing the people wherein they should constantly abide. If there were any who did not abide by these principles, they were dismissed from their positions and regarded by the multitude as dangerous. This is the Age of Lesser Prosperity’ xiaokang.’

In 2011, Prime Minister Wen defined xiaokang as ‘a society in which no one is poor and everyone receives an education, has paid employment, more than enough food and clothing, access to medical services, old-age support, a home and a comfortable life.’

When China reaches that goal on June 1, 2021, there will be there will be more drug addicts, suicides and executions, more homeless, poor, hungry and imprisoned people in America than in China.