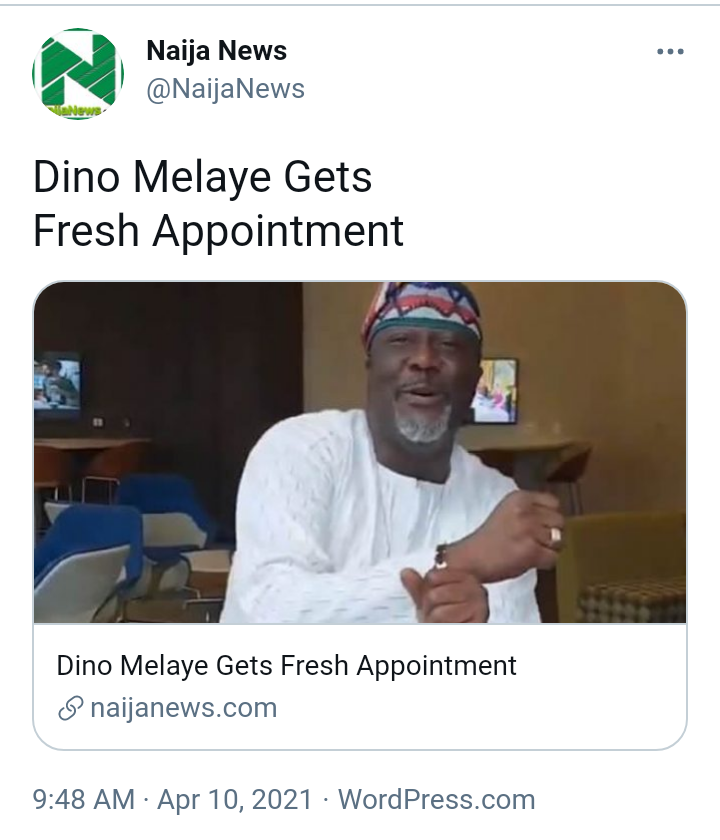 The People’s Democratic Party (PDP) has named former Kogi Senator, Dino Melaye as the Chairman of the Screening Committee for the South-West zonal executive congress.

The Committee has the mandate to screen all aspirants for the zonal executive committee positions.

The appointment was disclosed in a statement on Friday by the PDP National Organising Secretary, Col. Austin Akobundu. 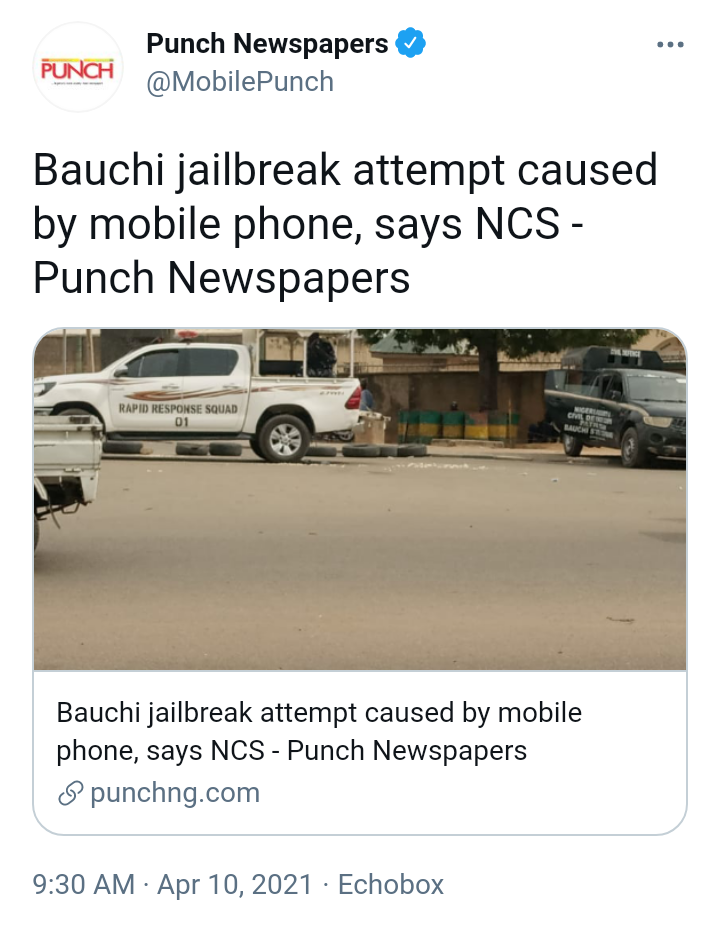 The Nigerian Correction Service has said the attempted jailbreak at the Bauchi State Command on Friday, April 9, 2021, emanated from the attempt of an officer to smuggle a mobile phone into the custodial centre for the use of inmates.

The Service said a struggle occurred between the inmates who were to benefit from the illegal deal and other staff who busted the plan and enforced the centre’s rules and regulations.

During the struggle, two personnel and five inmates sustained injuries. They have since been discharged from the facility’s medical unit where they were treated. 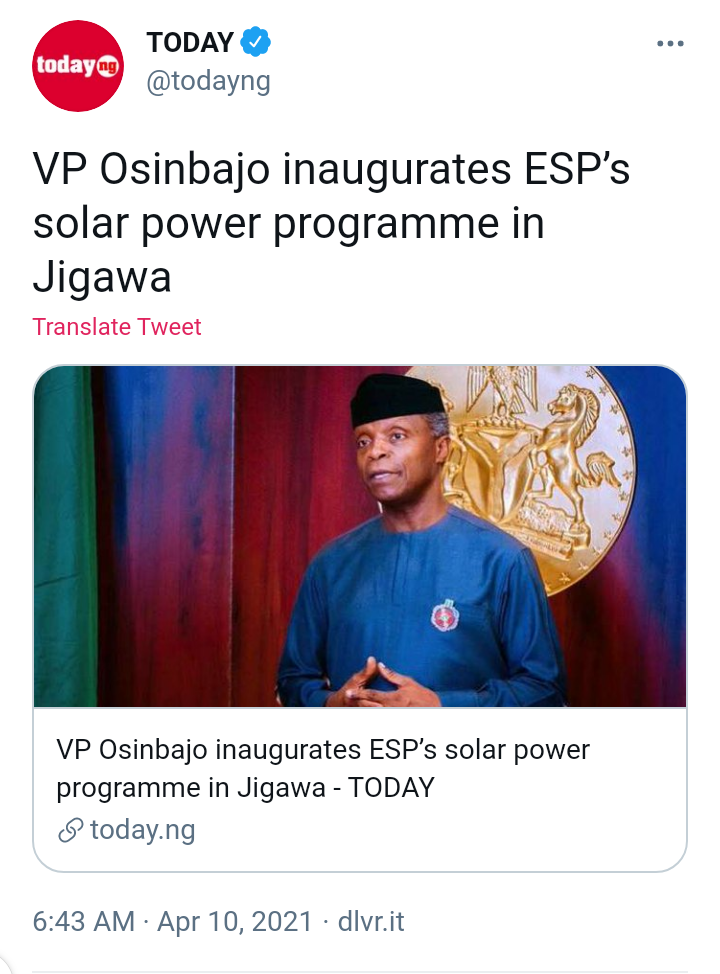 Vice President Yemi Osinbajo on Friday inaugurated the Solar Power Naija programme in Jigawa, commencing with the Jangefe community which will get 1,000 Solar Home Systems connections.

The programme is in pursuit of the Federal Government’s Economic Sustainability Plan (ESP).

The scheme is part of a 100,000 scheme with A-SOLAR, a local solar power company implementing part of the ESP Solar Power Naija’s planned 5 million connections across the country. 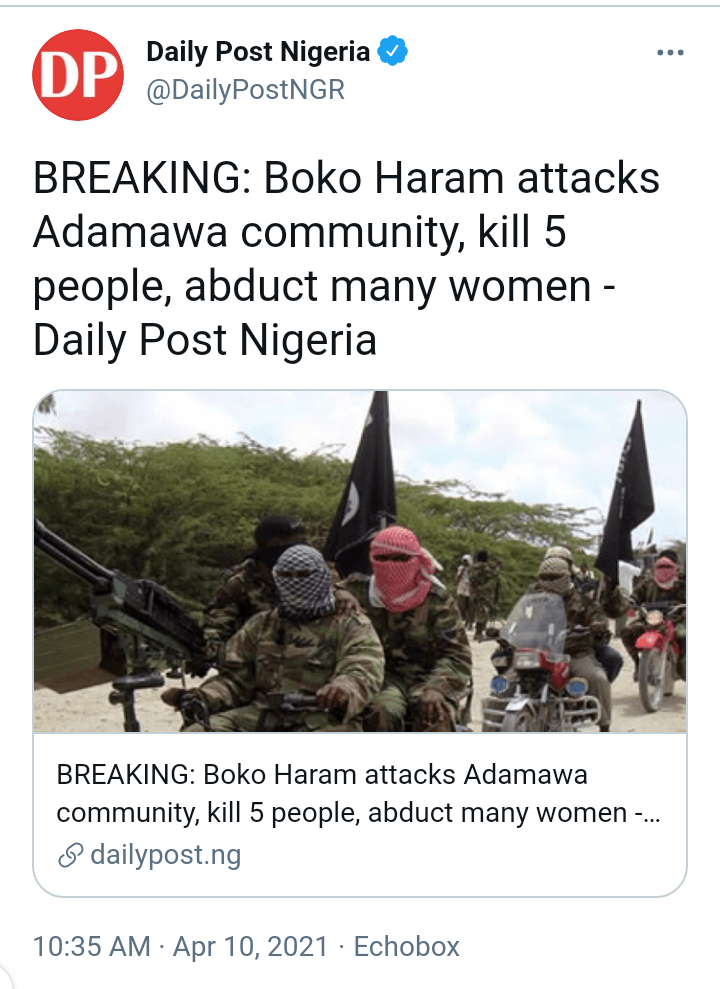 An Unspecified number of women have been abducted by suspected members of the Boko Haram sect who attacked a community in Adamawa State.

The insurgents also killed five people, destroyed houses and other property and made away with belongings of residents, a source said.

DAILY POST gathered on Saturday morning that the insurgents stormed Kwapre, a village in Hong Local Government Area of Northern Adamawa on Friday evening, shooting randomly and picking up the women. 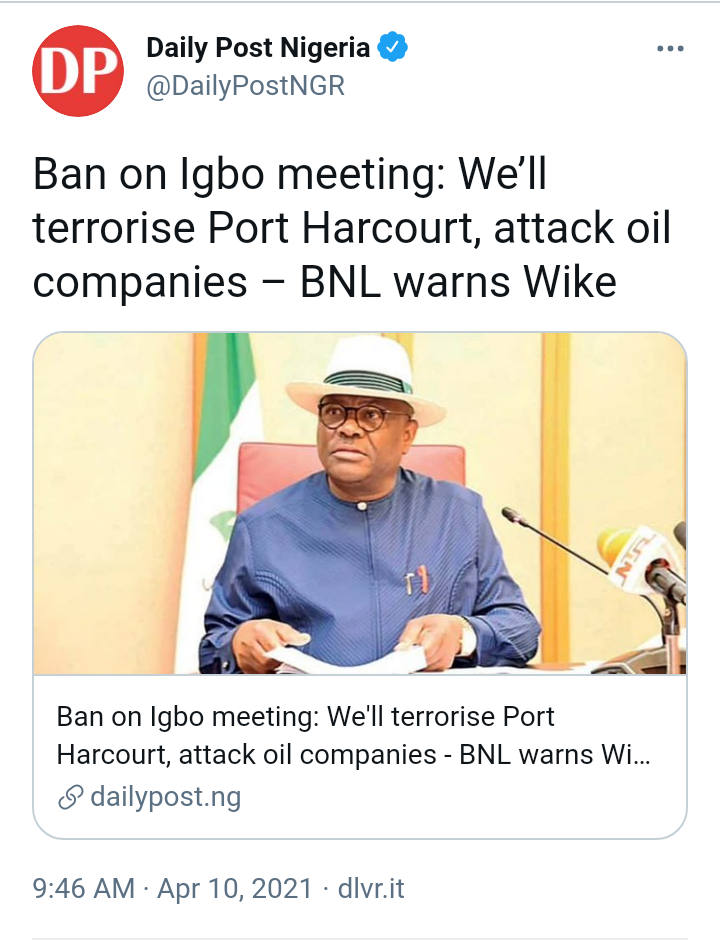 Biafra Nations League, BNL, a secessionist group in the eastern region of the country, has threatened to unleash mayhem on oil companies operating in Port Harcourt, the Rivers State capital over Governor Nyesom Wike’s ban on Igbo meeting in Oyigbo Local Government Area of the State.

Governor Wike of Rivers State had placed a ban on a planned meeting of some Igbo residents in Oyigbo LGA.

The Governor was said to have taken the decision over fears that such meetings could spark fresh unrest in the LGA. 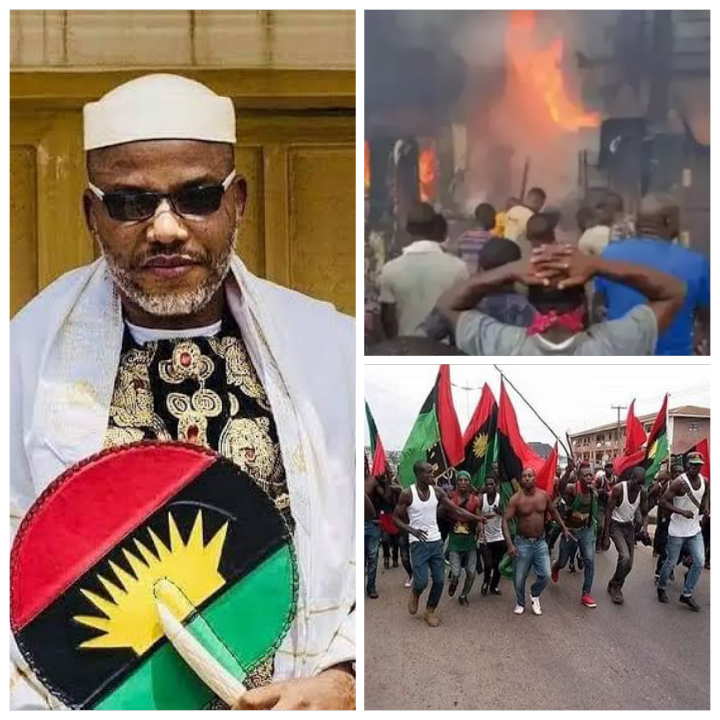 Things You Should Never do Early in a Relationship