2023 Presidency: Miyetti Allah Should Embrace Peace Instead Of Issuing Threat

By Brilliance (self media writer) | 3 months ago

The seventeen (17) Southern States governors under the umbrella of the Southern governors forum held several meetings and came up with a resolution to ban open grazing in the zone. The forum cited the security challenges posed by the activities of herders in their states. States like Ondo, Ekiti, Lagos, Bayelsa, Akwa Ibom, Rivers, Delta, Ogun Oyo, Abia, Osun, and Enugu have signed the Law prohibiting open grazing. 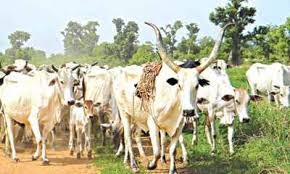 This idea did not auger well with the Apex Fulani Social-cultural group Miyetti Allah also known as Kauta Hore, saying herders won’t support any southern candidate who is against open grazing should he or she run for president in 2023, a spokesman for the group, Saleh Alhassan told the Punch. In a swift reaction, the Miyetti Allah group described the passage of the law in the southern states as ‘satanic’ and ‘politically motivated,’ adding that they will challenge their decision in the Court. 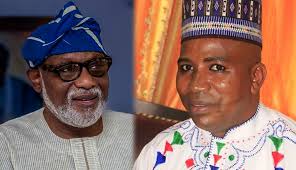 According to Alhassan, Miyetti Allah's Layers are already working on the paperwork to sue the governors, he said the Law is not made to promote peace in the country, he claimed that herders are innocent and also victims of insurgencies, Alhaassan also alleged that the move by the southern governors was to negotiate with their Northern States counterpart for power shift to the south come 2023. Meanwhile, Lagos and Ondo State commissioners of information have responded to the plan by the Miyetti Allah to sue the southern governors, they said the governors will be ready to defend the law in the Court, arguing that the due process was followed before the law was assented to by the governors. 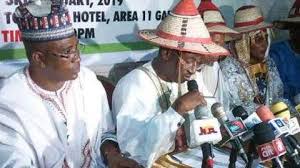 They said the law was made to contain the horrible security situation in the South and that herders were not the target. However, Federal Government supported the herdsmen decision to sue Southern Governors, Umar Gwandu, the Special Assistant on Media to the Attorney-General of the Federation and Minister of Justice, Abubakar Malami, said, “The rights trampled upon are individual rights of Nigerians as constitutionally guaranteed and as such can seek redress in the Court. The two parties should embrace peace so that, they will continue to coexist as one Nigeria.