Open Grazing And The Rotation Of Nigeria's Presidency

By IniMorgan (self media writer) | 20 days ago 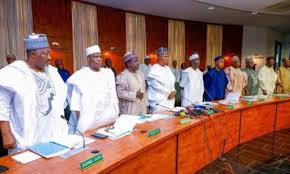 The communique released when the Northern Governors concluded their meeting, tackled two issues among others, which this article deems to alight and to discuss. They are issues having to do with open grazing across the country by Fulani nomads, and that of rotating Nigeria's Presidency between the Northern and Southern divides of the country.

Interestingly, these two issues among others, informed what the Southern Governors discussed during their own meeting a fortnight ago. The disagreement in opinion between the two forums of States Executives, from the two divides of the country, is what the ordinary Nigerians would have to be worried about.

While it remains that there is an urgent need for these disagreements to be sorted out, it is important that this article points out the trouble-shooting the Governors have aimed at distracting both the leadership of the country and her citizenry. 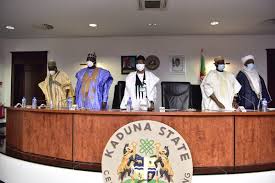 While this article bears no grudge against the Governors from the two divides of the country having differences on the same issues, and openly disagreeing on common grounds, this opinion feels that, rather than hold separate meetings when they have a common platform in the Nigerian Governors Forum (NGF) upon which all the Governors can reach an amicable outcome a-nd forge the ways forward, what they have opted to do is to divide ordinary Nigerians in order to rule them, by playing to the gallery.

Nigerians need to know that both the open grazing issue and that of the rotational Presidency have nothing to do with them and with President Muhqmmadu Buhari, whose term in office is ending in less than 2 years. If the disagreement engendered by the sets of Governors did not only benefits them, and it was not to feed their selfish inclinations, they would not have bothered about heating up our polity.

Whether we like or not, we, the ordinary Nigerians must reject the division that has emerged from the two sides of the Governors Forum. Until they hold the Nigerian Governors Forum, discuss the matters collectively, and come up with a common position, it is time for ordinary Nigerians to reject the antics of the Governors, with which they are attempting to set the fire they know will not burn them, nor members of their families. 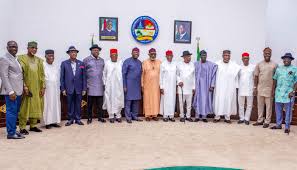 It is no longer news that our world has changed tremendously in lifestyles, traditions and cultures. However, change is a permanent thing: trends in lifestyles have emerged over the years, and even varying cultures and traditions have, themselves, changed. People no longer travel on camels via the Arabian Peninsula, as it was traditional to do in the earlier 90s. Chariots and horses have also given their ways to emerging transport technologies

The issue of open grazing of cattles has been on the front burner of the political and socioeconomic discussions between the North and the South, in Nigeria. Let me reiterated the understanding of the Convener and President-General of the Global Peace Project in the United Kingdom, Dr Mike Oyi, who in a televised interview called for the repeal of the culture of the Fulanis having to do with cattle-grazing openly, an occupation into which Fulani elites deceive, and push the vulnerable and the uneducated among them.

Dr Uyi made it quite clear how the elitist Fulanis create the avenues for their own children to migrate abroad to acquire western education, and to adopt Western lifestyles, while they deploy the children of the poor among the them into migrating through several vegetation belts in Nigeria, with cattles belonging to them, for pasture and the economic returns to them. 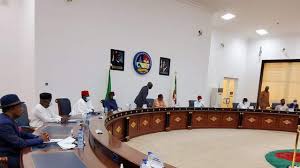 Dr Mike Uyi revealed how for their economic prosperity, Northern elites endanger the lives of Fulani children, and by so doing abuse them, in order to promote their economic gains by their rearing their cattles, robbing them of their fundamental human rights. Even the Fulani children have their fundamental rights, which must be respected by their elites.

Dr Uyi noted how such archaic culture of the Fulanis need to be done away with. He raised the striking point of child abuse in this regard, and the wickedness of Northern Governors in impoverishing those whose welfare they are responsible for, exposing their own to the dangers of living under the climate, wild beasts and the trekking over many long milages, declaring the cultural.practice untenable in the present civilisation.

The Northern leaders are clearly engaging the children of their less privilege in living so well in their past, while ensuring that their children live so well in their own future. This is absurd and appalling. 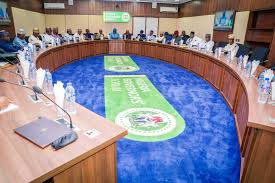 The Chairman of the Nigerian Governors' Forum (NGF), His Excellency, Dr John Kayode Fayemi, in an interview recently, opened up on the concurrence by the NGF on the cancellation of open grazing of cattle, and departure from the renewal of grazing routes, and why it should be abolished in Nigeria. As this is coming from the Chairman of Nigerian Governors, it may well mean that the protest by a very few Nothern Governors are proclamations of their minority view on the matter.

The collective call against the continuing of open grazing should be heralded by all Nigerians. It has been asked severally why governments should be interested in showing interest in the private business of a certain ethnic nationality, when such interests are not shown in the business concerns of people of other ethnic nationalities in the country.

3. The Issue Of Rotation Of The Presidency in 2023 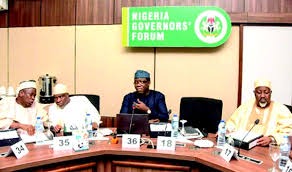 The Northern Governors are not in error when they submitted that rotational Presidency is not constitutional. Nobody can fault their position. And their position does not take away the truth that the oiling, that lubricates the stability of our 4th Republic, the longest unbroken era, was for her growth into adulthood, being 22 years in this present year, because of her founding on truth, equity, justice and fairplay. What would the Northern Governors gain in obstructing and limiting the progress Nigeria has made, in her march inside an enduring democracy?

It is not in doubt that although our laws does not capture the rotation of our Presidency, the 4th Republic was built upon the foothold of the equity embedded in the rotation of Nigeria's Presidency. Would any Northerner blame the South for the death of our former President, Umar Musa Yar'Adua? If the Northerners must talk about the rejection if the rotational Presidency, it must not be when they should relinquish power. The South would await them to do so in 2031.

Is anybody in the North denying the roles played by the South in removing the main opposition Peoples Democratic Party (PDP) from power at the centre? Why would the Northern Governors on the platform of the ruling All Progressive Congress (APC) suggest the retention of presidential powers in the North, when it should, through justice and equity, return thw power to the South, after the Buhari Presidency? Or are.they just afraid of the emergence of just one man as our President? 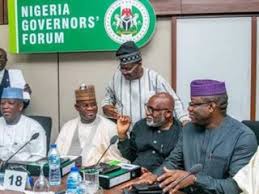 It is selfish, elementary and uncalled for. The Northern Governors in the APC need not stand in the way of the South flying the APC Presidential flag in 2023. It will be unacceptable, callous, insensitive and self-driven.

The Northern Governors have an option of embracing the PDP, which party is noted to zone her Presidency to the North. I would therefore risk the suggestion that instead of the Northern Governors to oppose the shift of the Presidency in the APC to the South, they would need to spare the party the implosion their attempt to retain the Presidency in the North, by the APC, would engender, and rather embrace the PDP to actualize their well calculated goal.of bringing the APC down in rubbles.

Nothing should stop the North from conceding the Presidency to the South in the APC, come 2023. Anything outside this, might be seen to indicate the desire by the North to see the APC disintegrate. 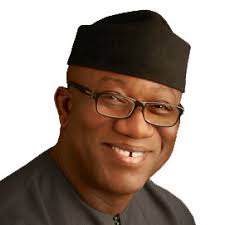 The Northern Governors would be blame for any sublime impression they nurse against the APC. They do not need to destroy the party because the North has benefitted from the APC Presidency, and for them to think that no other region should, in the party, because they have, is criminal and wicked.

It will be a colossal rubbish that would be goodly ridded by the South. 2023 may give the South the long awaited opportunity to come together and redefine the political terms they have been enduring in the country for a very long time. Indeed, pride would always go before a fall.