Why Only V.P. Oshinbajo Can Save Buhari's Govt From Alleged Corruption Mess (Opinion) Though derided by many, Late Abba Kyari, President Buhari's former Chief of Staff, offered some form of stability to the current administration. The current strings of alleged corruption within the administration, perhaps started after Kyari lost his battle with the Coronavirus pandemic. This latest series of ‘disorder’ started few weeks ago with the infamous shootings within the Aso Rock Presidential Villa. It was then followed by the ‘Magugate’ and the ‘NDDC-gate’, in quick succession.

Much of the current ‘chaos’ and ‘disorderliness’ appears self-inflicted. This is likely due to Mr President’s decision to empower the Late Kyari to such extent that he was viewed as the de facto Vice President. Some even opined that he had more authority and influence than Mr President himself who consistently exhibited virtual reluctance to assert his presidential authority. Now that Kyari is no more, the administration seems to be on an auto-pilot mode in order to rebalance itself. Agboola Gambari, the new CoS appears to, at least for the time being, lack the full weight of Mr President’s backing. Had President Buhari actually empowered his deputy, Vice President Yemi Oshinbajo, as necessary, then maybe the current squabbling between Ibrahim Magu and Abubakar Malami would have been nipped in the bud.

It's safe to assume that due to the alleged fragility of Mr President’s state of health, there's not much oversight he could exert over his administration’s top officials. The so called cabals knew this and exploited it to maximum effect. But with the demise of their alleged arrowhead, Abba Kyari, even the cabals appear lost on how to conduct their activities, going forward. This might have exacerbated the palpable lack of order within the government. Buhari's administration may have been forced to function like fiefdoms where ‘warlords’ control their little space within the larger kingdom. And because every top official appear to be of the same rank to the other, with no clear chain of command except when the President is forced to act, then such disorderliness will definitely continue unabated. Had it been that V.P. Oshinbajo is truly the second most high ranking official, in the true sense of it, then the embarrassment caused the administration earlier this year would have been avoided. Remember that the National Security Adviser, General Babagana Monguno, had his memo to Mr President leaked to the press. 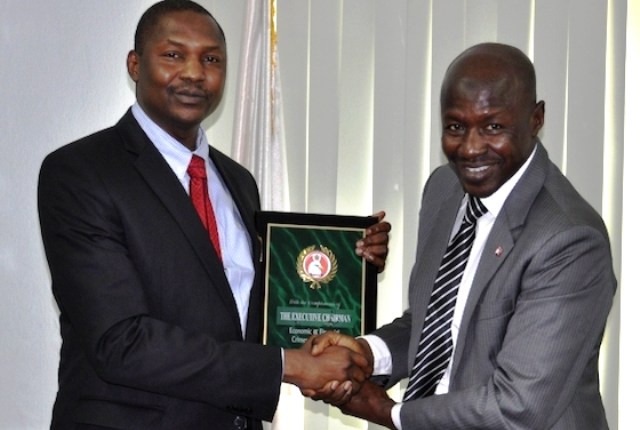 In that memo, you may remember that he had accused the Late Kyari of trying to usurp the nation’s security architecture through unsolicited interference. Now, Kyari has been replaced but still, the same plot is playing out between suspended Acting EFCC Chairman, Ibrahim Magu, and the AGF, Abubakar Malami. This much was contained in Ibrahim Magu’s 44-page letter to Retired Justice Ayo Salami.

Just like the NSA, Babagana Monguno, had accused Kyari of undue interference last year, today's 44-page letter written by Ibrahim Magu to Justice Ayo Salami, also accused Abubakar Malami of trying to control and tele-guide EFCC operations. He went further to allege that the Minister wanted to be able to decide who was investigated, who was convicted and who was acquitted. He also accused Malami of wanting to decide whose properties were confiscated, or released. Was this the likely reasons why the AGF accused the suspended EFCC boss of insubordination?

Similarly, the current war of attrition launched by Senator Godswill Akpabio, Minister for Niger Delta Affairs, against Dr Joi Nunieh, would have been prevented from degenerating further, if V.P. Yemi Oshinbajo had all the authority due his office. While being asked to comment on Dr Nunieh’s allegations that the Minister asked her to perpetrate and cover up some fraud, Akpabio‘s response was rather unbecoming, to say the least. Rather than address the substance of the allegations, Akpabio attacked the personality of his accuser, asking reporters to go and interview Nunieh’s previous four husbands about her ‘bad’ tempers. To make matters worse, he went on to say that he didn't want to bother the President with all the malpractices that he discovered within the NDDC. The question is this, had Oshinbajo‘s authority not been compromised, wouldn't the V.P. have been informed beforehand, and possibly nip the crisis in the bud?

President Buhari might be aware, or rather, oblivious to the fact that making the office of his own deputy inconsequential is recipe for unbridled corruption. However, Mr President must realize that within any setup with great influence, rivalry and jealousy amongst competing interests cannot be totally eliminated. One government appointee might not respect the other, no matter how powerful the President has made such to be. However, they will listen and obey the V.P. if only for the sheer fact that he's just a heartbeat away from becoming the President. Revelations from the current ‘crisis’ hints that some Ministers may be exploiting Mr President’s apparent aloofness in pursuit of their individual interests. That's why he needs his deputy who is agile, brilliant, intelligent, and with a name to protect, to help him enforce some form of order and control. Besides, he is second in command. Period!