The Lagos State Chapter of the main opposition party in Nigeria, Peoples Democratic Party (PDP), has accused the ruling party, All Progressives Congress (APC), of being behind the abrupt abortion of her state congress on Saturday. 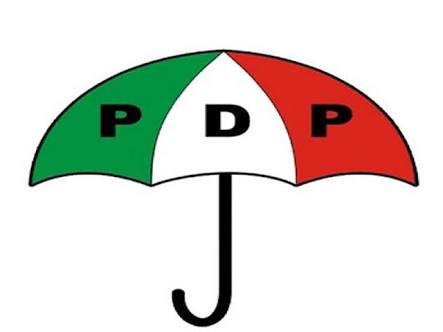 There was amazing drama at the venue of the State Congress of Lagos State chapter of the opposition Peoples Democratic Party (PDP), on Saturday, as a yet to be identified hoodlum brought out a gun and started shooting, sporadically, into the air. The incident occurred when voting was about to commenced at the state congress.

Unfortunately, some leaders of the opposition Peoples Democratic Party (PDP) in Lagos State insisted that the ruling party, All Progressives Congress (APC), was behind the shooting.

According to the Vanguard, a story that was published by the media house reported that Lagos State Spokesman of the opposition Peoples Democratic Party (PDP), Mr. Taofeek Gani, was quoted to have said "...We do not believe these gunshots came from PDP members. The shooters can only be our political opponents (APC)..."

Unfortunately, it was surprising to have heard the outgoing spokesman of a prominent political party, like Peoples Democratic Party (PDP), to be blaming political opponents for what should have been sorted out as one of the major political challenges that is disrupting internal democracy in Nigeria. Amazingly, Lagos State PDP Congress was not the first or the only political gathering that has been distorted with gunshot, in the recent time.

It is amazing for the outgoing spokesman of Peoples Democratic in Party (PDP), Mr. Taofeek, to have said "...We do not believe these gunshots came from PDP members..."

If one may ask, how does Mr. Taofeek of Lagos PDP know the political party that was responsible for the gunshots that were released at the venue of the PDP State congress? Does this mean Mr. Taofeek Gani of PDP understands the political language of gunshots and the political membership of anyone that pull the trigger?