Hope Uzodinma Did Not Become a Governor Because He is The Smartest, But By God's Grace - VP Osinbajo

The final outcome of the March 2019 Imo State Governorship election has arguably continued to drag the reputation of some to the mud. First, it was the Apex Court who millions of Nigerian believed were compromised due to the manner in which the case was handled, secondly, some are of the belief that Governor Hope Uzodinma could not have even won the same election in which by the rulings of the same Supreme Court, he was never a candidate for. However, here we are today, with the same man as a Governor and winner of the March 2019 Governorship election in which he lost his candidacy to Uche Nwosu. 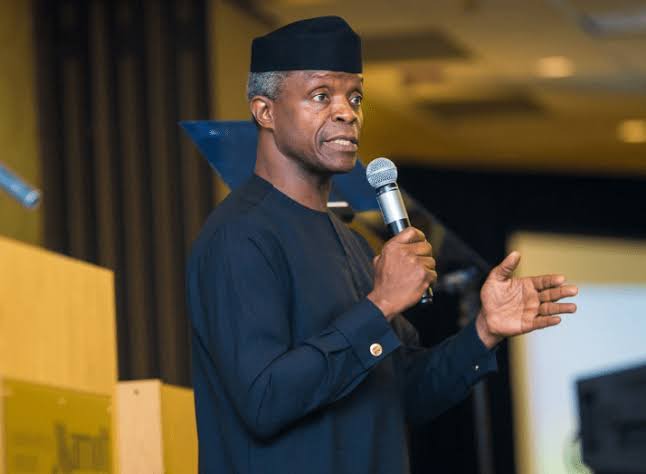 Describing his emergence as the Governor of Imo State, the Governor was once quoted to have alleged on a live TV broadcast, that he became a Governor through the Ben Johnson way. While this has continued to generate reactions as to what he meant by the Ben Johnson way, the Vice President of Nigeria, Professor Yemi Osinbajo has equally joined those whose comments on the Imo State election has received serious backlash from the public. 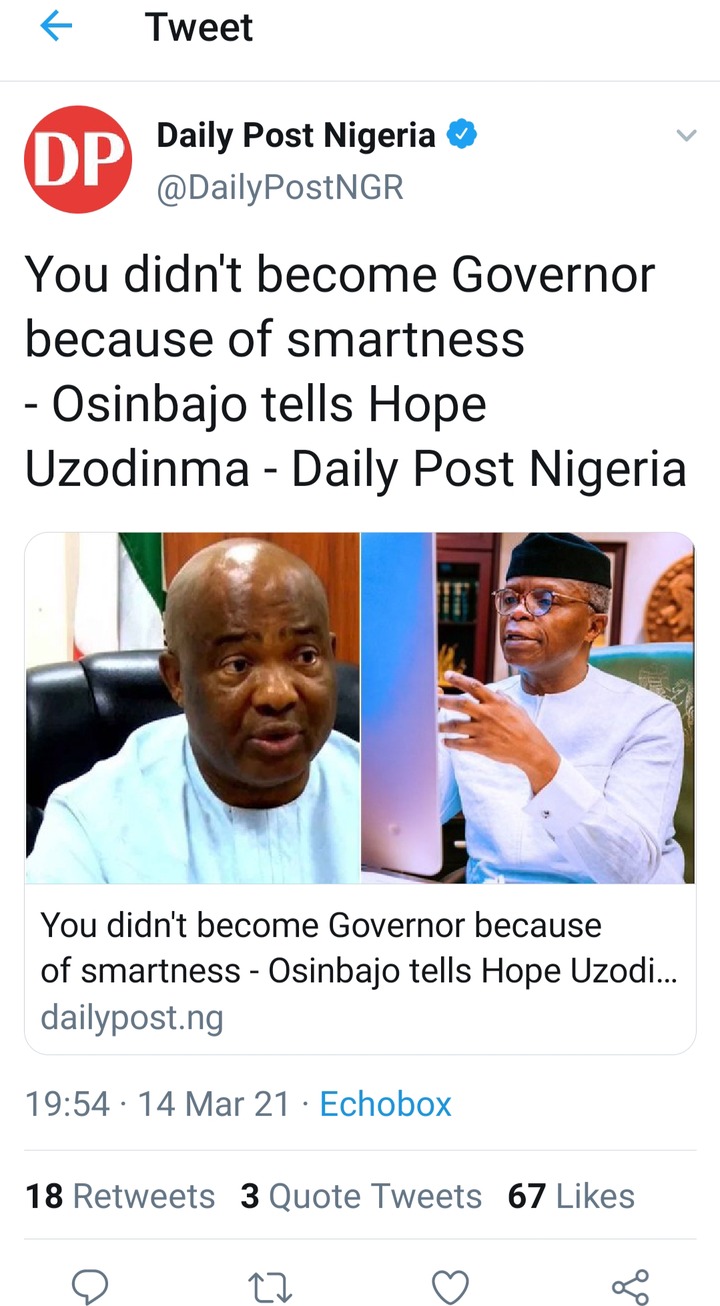 According to reports by Dailypost.ng, which is also available on its verified Twitter handle, the Vice President, Professor Yemi Osinbajo has alleged that the Imo State Governor, Senator Hope Uzodinma Did not become a Governor because he's the smartest, but by God's grace. However, this has been generating serious backlash as many are of the belief that Hope Uzodinma only became a Governor through what can be tagged "a back door". It can be recalled that his emergence as Imo State Governor on January 14, 2020 has continued to be debated as he lost his candidacy for the election to Uche Nwosu in December 2019. 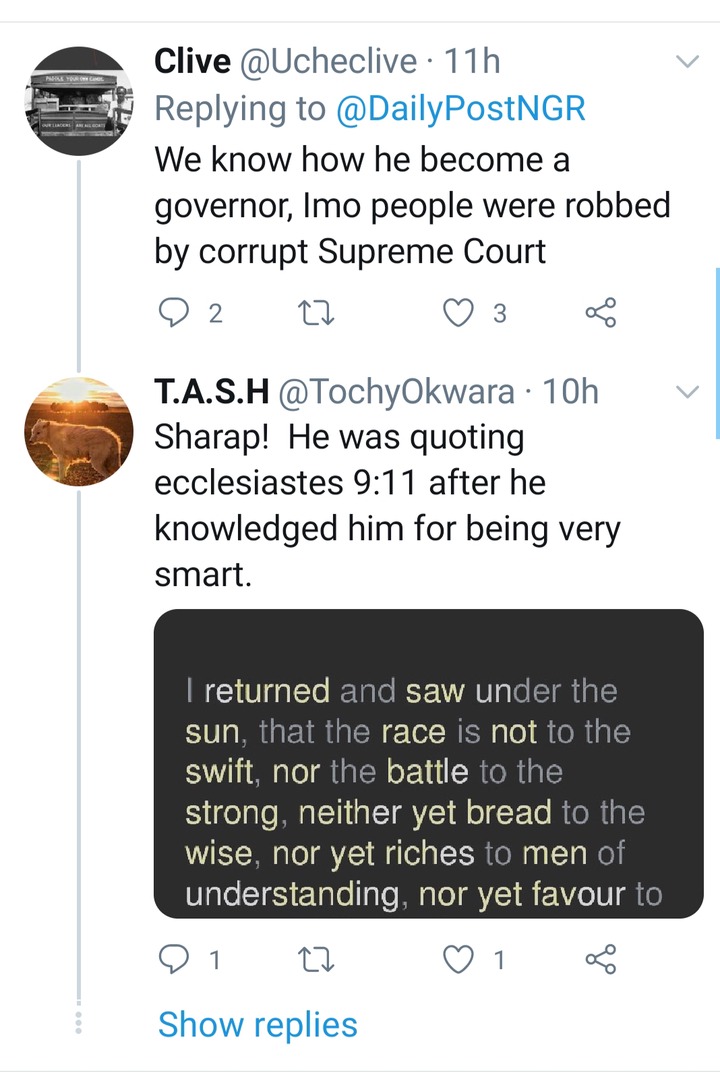 With Vice President Osinbajo's claim that Hope Uzodinma became a Governor by the Grace of God, we may begin to wonder what truly the grace of God implies to the Vice President who also doubles as a Pastor in the Redeemed Christian Church of God (RCCG). It is a well known fact that Senator Hope Uzodinma lost the APC primaries battle to Uche Nwosu, a son-inlaw to former Governor of the State, Senator Rochas Okorocha. With this, a suit is equally pending at the Supreme Court, demanding for the enforcement of the judgement that declared Uche Nwosu winner of the APC primaries. As such, Vice President Osinbajo's claim of grace of God in this case has seriously been criticised.