USA sanction: Is China screwed in the long-run? 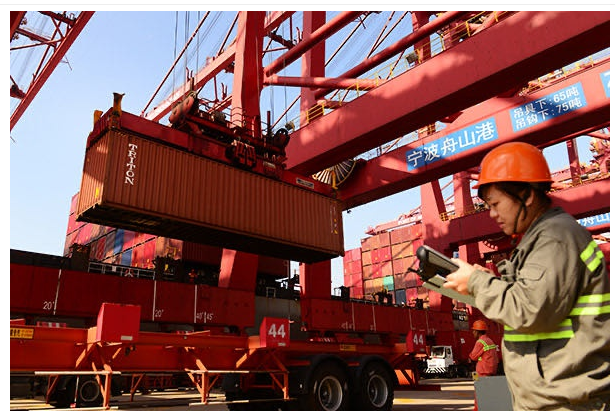 China is a nation that is too big to fail, just like the United States of America, United Kingdom, Japan, Germany, Russia and many other nations. Such countries could only be destroyed by wars, while Germany and Japan were both defeated in world wars but they recovered nonetheless. So long as people continue to exist on earth, the Chinese will be survivors just like many others from different countries. Not sure why somebody would think China will be “screwed in the long-run.” All nations have endured ups and downs and the same could be said for married couples celebrating their 50th wedding anniversaries. Strong nations overcome challenges and come out stronger. China’s image overseas has hit turbulence but that won’t last forever. The COVID-19 pandemic has caused many people to express uncertainties about China. The coronavirus was discovered as a deadly and contagious illness in Wuhan, central China’s Hubei province. Wuhan is a large metropolitan area with over 11 million residents, a population larger than Los Angeles County, CA USA.

The mere fact that people learned the illness had come from China caused suspicions. But if the virus would have first been uncovered in India, the global media would have criticized New Delhi for not doing better to prevent the COVID-19 spread. China was a victim of circumstance, nothing more. As a reminder a pandemic is like an act of nature, you cannot stop it the best you can do is to curb the spread. Western European nations and the United States take tremendous pride in providing high-quality medical care and placing high priority on public health campaigns. If a super bug could have been stopped it should have been in those countries. Hence, blaming China demonstrates the abysmal failures of the Western approach. China is not perfect and mistakes did occur in how Chinese officials tried to curb the coronavirus at the beginning stages but Brussels, London and Washington had made serious blunders as well. We can’t turn back the clock. We should learn from prior mistakes to avoid repeating our errors and delivering the same bad results. Playing the Blame China game will not vanquish and could backfire as the Chinese could turn more against other countries. Yes empires do rise and fall but the Chinese civilization has survived for over 5,000 years. They will not be destroyed. Besides, the country stands poised to enjoy a robust economic rebound in the second half of the year with strong momentum headed into the fourth quarter. The country remains a manufacturing and exports powerhouse.

China has the world’s largest population, vibrant agriculture sector and its cities continue to be prosperous, modern, alongside new infrastructure building and construction projects that will boost employment levels in the country. The Chinese government is stable and despite the media stories from the foreign media saying otherwise, Chinese citizens do respect their leadership and rely on them to tackle the coronavirus effectively. ”According to Zhao, WHO officials have said virus tracing is an ongoing process that may involve multiple countries and localities, and as this process proceeds, we should be open to the many possibilities for where the virus may come from. China continues supporting scientists around the world in conducting global scientific research on the source and route of transmission of the virus and supports WHO-led cooperation among member states on the zoonotic source of COVID-19 and in other fields.”

China won’t be screwed, not now and never in the future.