By InyaliPeter (self media writer) | 1 month ago 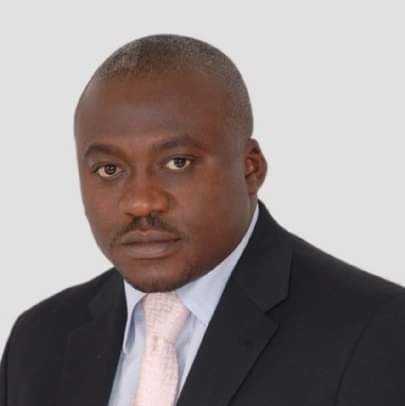 Ahead of the 2023 general elections, politicians and political commentators have come out with different preposition regarding the Obudu/Bekwarra/Obanliku federal constituency seat. While many politicians have come out to declare their interest for the seat, the local government that should produce the next member has continued to dominate discussions.

Since the return of democracy to Nigeria in 1999, all the three local governments have had opportunity to ocuppy the seat howbeit, with different longevity rate. The first local government to produce a member for the federal constituency in the current democratic dispensation is Bekwarra who produced Hon. Mike Ogah between 1999-2003.

Bekwarra and Ogah handed over to late Rt. Hon. Paul Adah from Obudu in 2003. Adah did two terms between 2003-2011. After him came Rt. Hon. Frank Adah from Obanliku local government area. Adah however did a single tenure between 2011-2015 and was forced out to pave the way for the present occupant, Rt. Hon Legor Idagbo from Bekwarra who was a close ally of the former Governor, Liyel Imoke.

Idagbo has been there for six years haven won election for second term in 2019. By the time he finishes his second tenure in 2023, Bekwarra alone would have done twelve years leaving Obudu and Obanliku with eight and four years respectively.

Despite Bekwarra having it more than any other local government in the constituency, there's the rumour that Idagbo is also eyeing a third term to prepare himself for his Senatorial ambition in 2027. This rumour has however not gone well with a lot of people from the federal constituency hence, the increasing call for an indigene of Obanliku to be supported to succeed him in 2023.

Also, Obanliku seems to be the most marginalized local government in the entire Cross River North Senatorial District being the only local government without any political office holder of note. The Senatorial district is comprised of five local governments namely, Ogoja, Yala, Bekwarra, Obanliku and Obudu. All the other four since 2015 have had either Governor, Senator or house of Representative member but Obanliku is the only one with almost nothing.

As the call for zoning of political offices right from national to states gather momentum, it's only right that Obanliku which is undoubtedly the most marginalized local government in the entire Cross River State should top the chat when discussing the local government that should produce the next reps member for the constituency.

Also, when considering that Obanliku was one of the leading local governments not just in the state but the country at large haven produced the Nigeria's thrid Senate President in the second republic, Senator Joseph Wayas, continued marginalization of the veteran politician and elderstatesman's local government beyond 2023 will be the height of disrespect not just to him but his contribution to democracy in Nigeria.