‘’Here I Am, A Refugee At The Government House: Ex – NDDC Boss.

The drama going on over the fraud case in the Niger Delta Development Commission, seems to be taking a new twist, following the Thursday July 16, 2020, scenario at the Port Harcourt residence of the ex- boss of the Commission, Mrs Joy Nunieh. 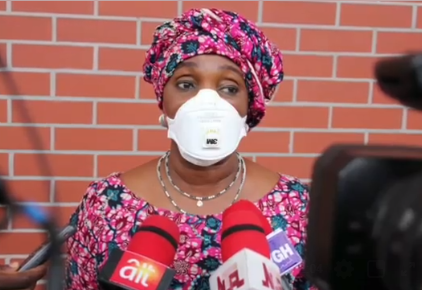 The residential building of the ex-commission boss was reported to have been earlier surrounded by armed security men at about 4.am on the said date to allegedly arrest Mrs. Nunieh.

Mrs. Nunieh while explaining her ordeals to the press, had said that upon notice of strange knock and apprehension, he placed a call to authorities of the state including the governor of the state, Nyeson Ezenwo Wike who upon getting the information, swung into action.

The Rivers state governor in response to the distress call, launched a rescue operation for the former Acting Managing Director of the Niger Delta Development Commission in, Mrs. Nunieh and freed her from what was seen as House arrest by the armed policemen. 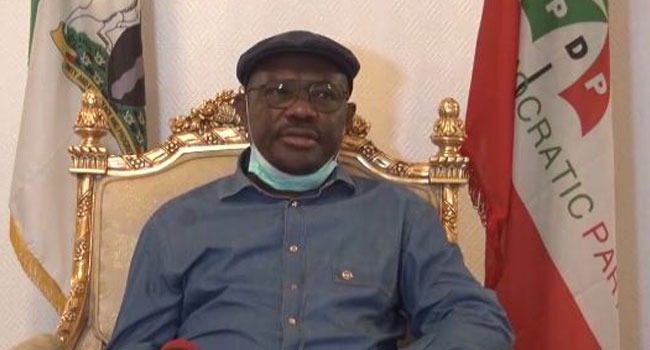 Wike in what many will call ‘’military style’’, stormed Nunieh residence, off Herbert Macaulay Street, Amada-Flats at about 10. 20a.m, under a downpour, following the reported siege by the police at the ex-commission’s boss house, purported to be on orders of the Inspector General of Police.

Mrs. Nunieh, who was earlier scheduled to appear before the senate panel investigating the activities of the Niger Delta Development Commission (NDDC) in Abuja on Thursday and the House of Representatives Ad hoc Committee probing the multi-billion-naira fraud, was however prevented from doing so.

Governor Wike on arrival, had queried the policemen presence at her house, and when asked, told the governor that their coming was an order from the IGP. The governor then called out Mrs. Nunieh and took her away.

The Senate and House of Representatives in early May 2020, had resolved to probe how the Interim Management Committee (IMC) of the NDDC allegedly squandered N40 billion within three months.

The Senate in that regard set up an ad-hoc committee as presided over by Senator Olubunmi Adetunbi from Ekiti North, to look into financial transactions carried out by the IMC on behalf of the commission within the period and present a report in four weeks.

The House Committee on NDDC said it had received several petitions from contractors, stakeholders and public interest groups regarding the alleged layoff of personnel and their replacement with unqualified and inexperienced persons.

Since the commencement of the probe, it is recalled that Akpabio and Nunieh had made series of allegations against each other while the senate ad hoc panel investigates the management of funds under their watch as interim NDDC chairman and minister in charge of the commission.

Senator Akpabio had told the senate panel that he knew nothing about the expenditure of the NDDC under Nunieh because she refused to brief him.

While the last may have not been known about the ongoing saga, it is a clear indication of fraud going on at NDDC.