By PrinceAlee (self meida writer) | 4 days 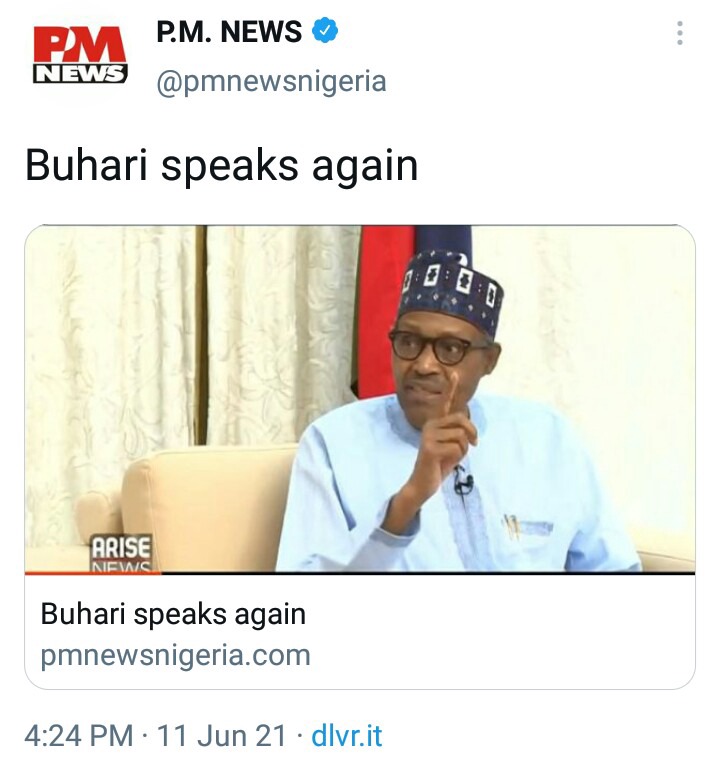 According to the president’s special media adviser, Femi Adesina, the interview “promises to be revealing and educating”.

Adesina touts the interview which will be aired at 8.30pm as exclusive to the government owned TV network. On Wednesday, Buhari spoke with Arise TV, owned by media mogul Nduka Obaigbena.

He answered questions on a number of national issues, kicking off dusts of controversies on some of them. 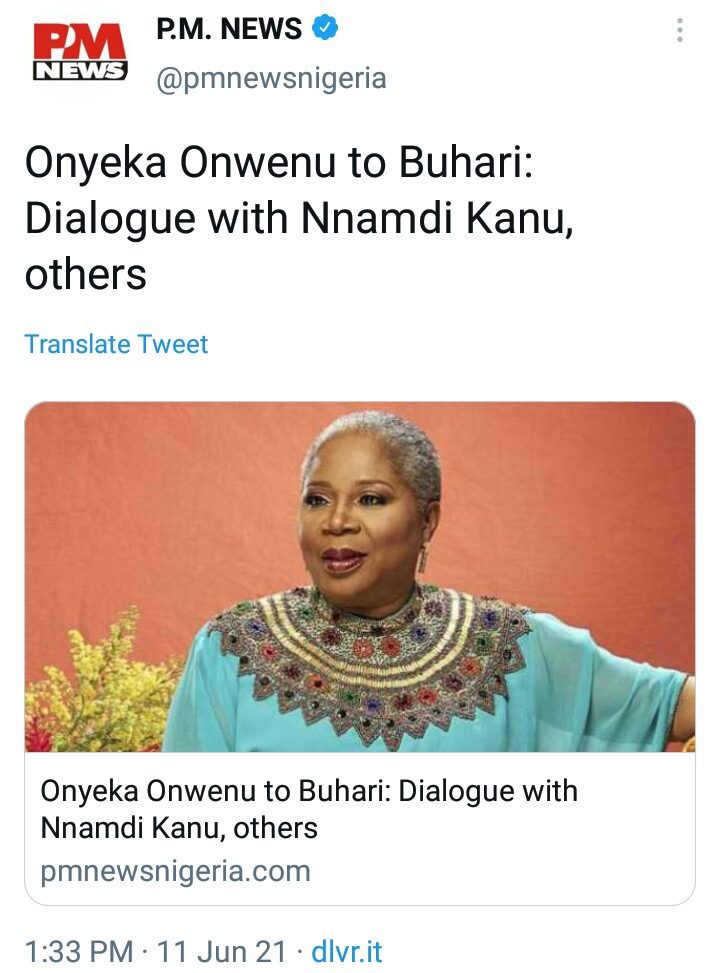 Veteran Nigerian singer and Human rights activist, Onyeka Onwenu has called on President Muhammadu Buhari to dialogue with the likes of Sunday Igboho, Nnamdi Kanu, others.

The legendary musician also asked the president to withdraw troops deployed to the South East.

She made the call at a press conference organized by the Credible Igbo Women Initiative, CIWI, in Lagos where they expressed concern over killings in Igboland.

She said, “Something dreadful is happening in the southeast right now. I happened to come from Imo state and I know what people are passing through there. Please, the federal government should stop the killings. 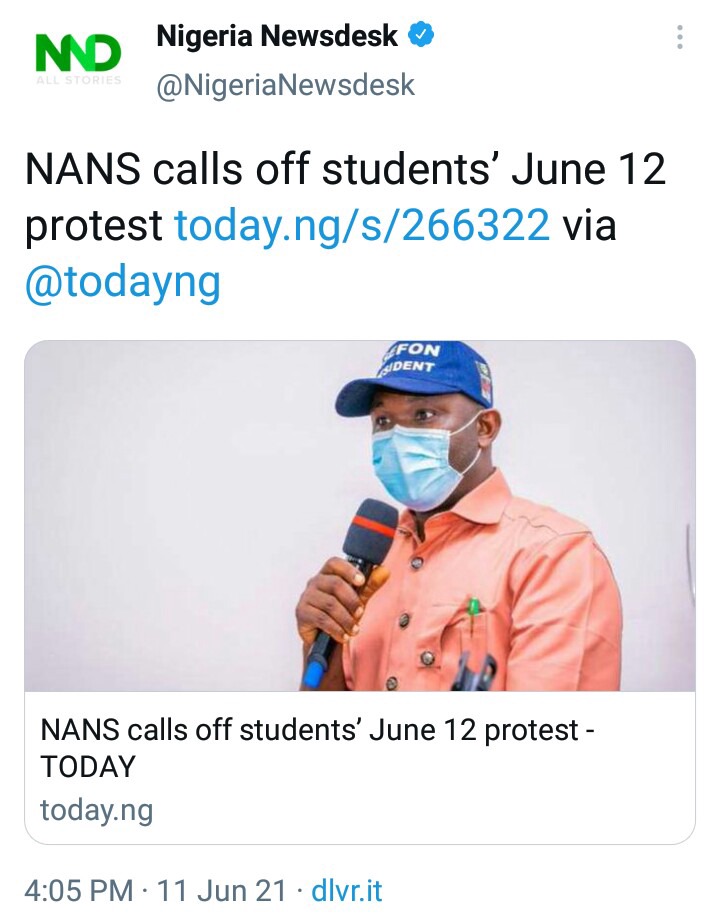 The National Association of Nigerian Students has suspended its planned June 12 nationwide protest.

NANS President, Sunday Asefon, made this known in a statement on Friday.

According to the NANS President, the planned protest was aimed at decrying the insecurity in the country, especially the serial abduction of students.

However, Asefon said some politicians with “different agenda” perfected plans to hijack the protest to “ventilate their political opinions and sentiments.”

He also said the students’ body was not associated with the secessionist campaign or the “Buhari-must-go” campaign slated to hold on Saturday by some politicians and activists. 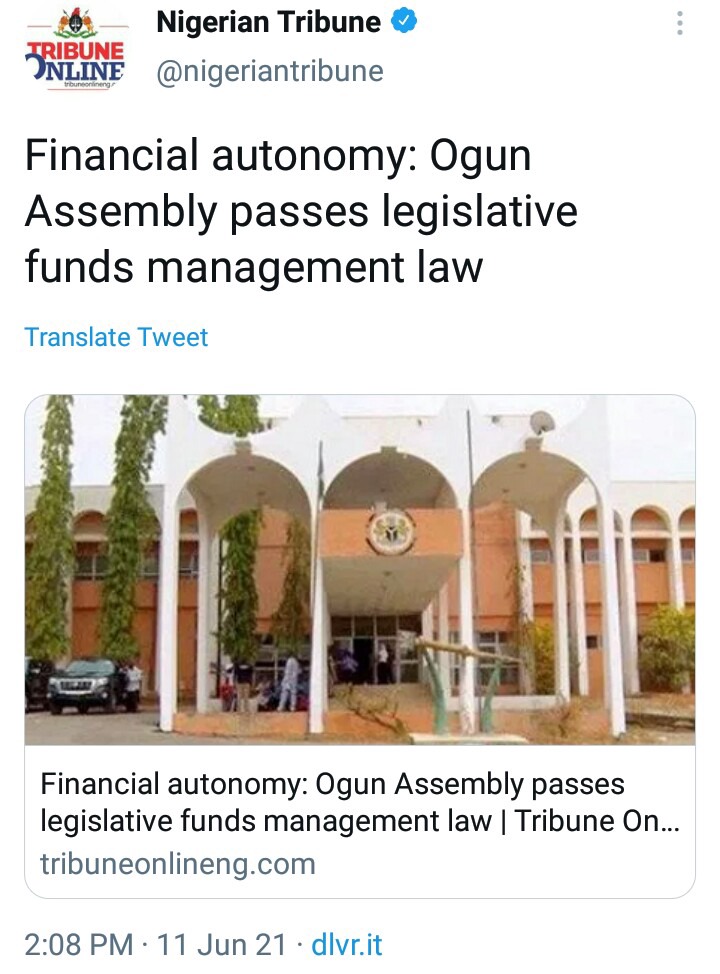 Ogun State House of Assembly has passed a bill for the law on state legislative funds management in the state.

The passage of the bill is a prerequisite for the implementation of financial autonomy for state legislatures across the nation.

The bill titled “H.B No. 067/OG/2021- A Bill for a Law to make provision for the Ogun State House of Assembly Legislative Funds Management and other Matters Connected therewith, 2021” was passed on Thursday.

The passage of the bill followed the presentation of the report by Chairman, House Committee on Finance and Appropriation, Kunle Sobunkanla at a plenary presided over by Speaker Olakunle Oluomo.

"We are not unknown gunmen" - IPOB 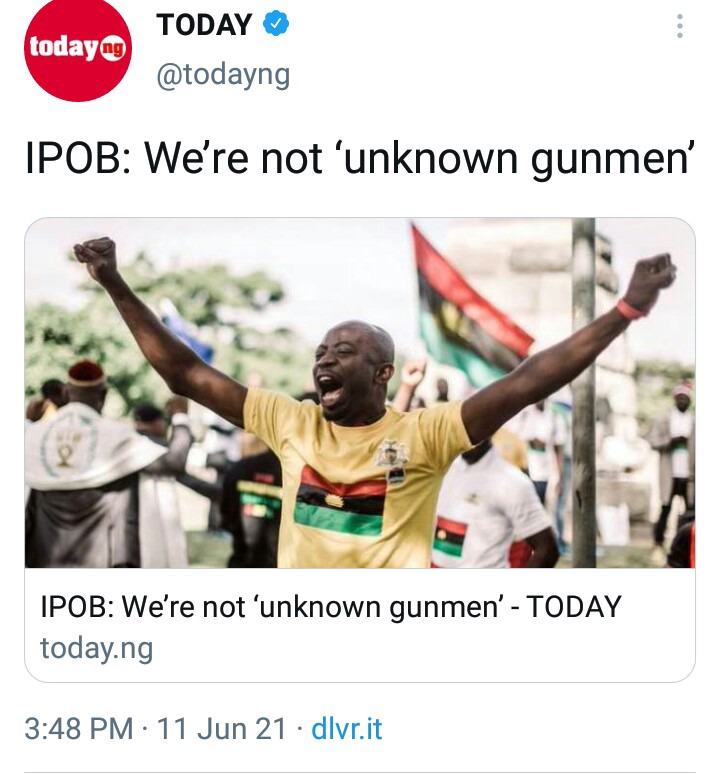 The Indigenous People of Biafra (IPOB) has denied speculations that they are the marauding ‘unknown gunmen’ committing violent crimes.

In a statement by IPOB spokesperson Emma Powerful to reporters on Thursday, the separatist group also denied the claim by security forces that it has so far murdered 128 security personnel in Imo.

Powerful noted that the statement by the security chiefs in the state is not only fabricated but ridiculous and untenable. ‘How could IPOB that is not armed be able to kill as many as 128 security personnel in one state. What an illogical and ridiculous claim,’ he said.

US issues warning to Citizens in Nigeria 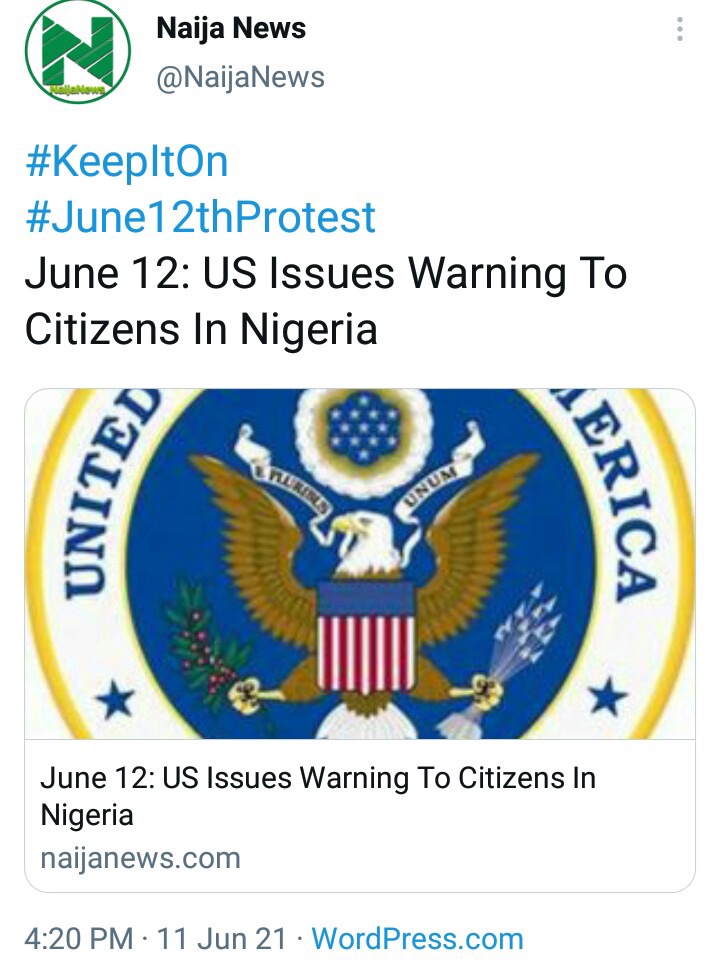 The United States Mission to Nigeria on Friday warned its citizens in the country to avoid the June 12, 2021 protests which will take place on Saturday.

Naija News reports that the US made this known in an advisory titled, ‘Demonstration Alert: US Mission Nigeria (June 11, 2021) – Nationwide Protests on Democracy Day.’

The embassy advised American citizens to keep a low profile and avoid the areas where the protests will hold. 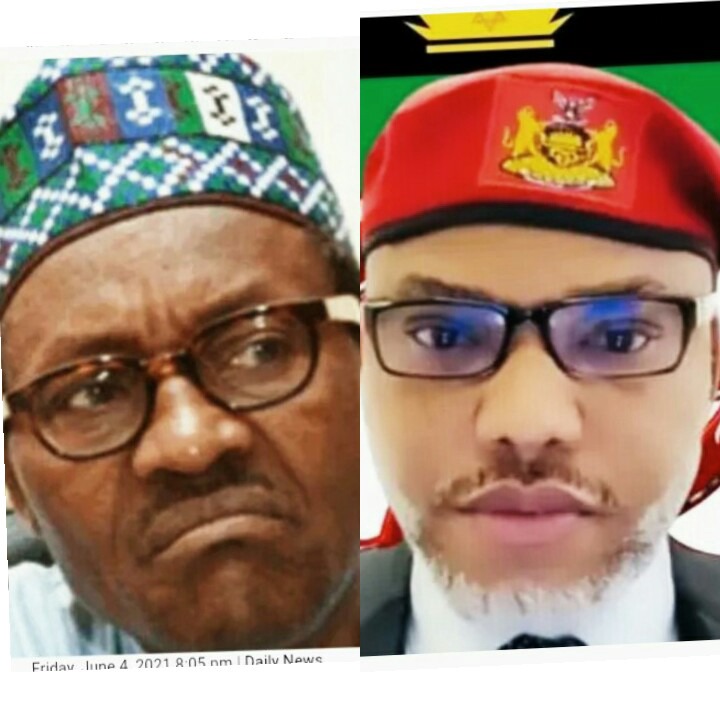