By Victor6ix (self media writer) | 2 months ago 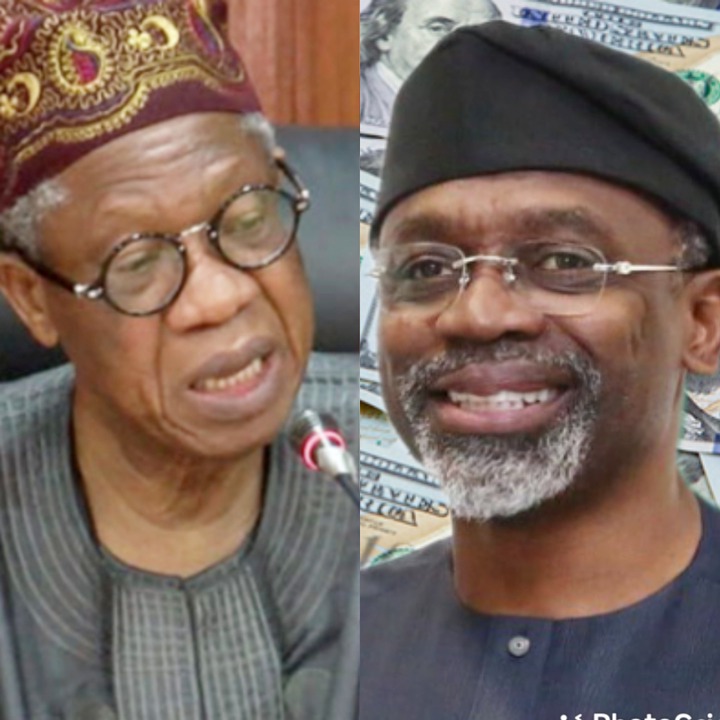 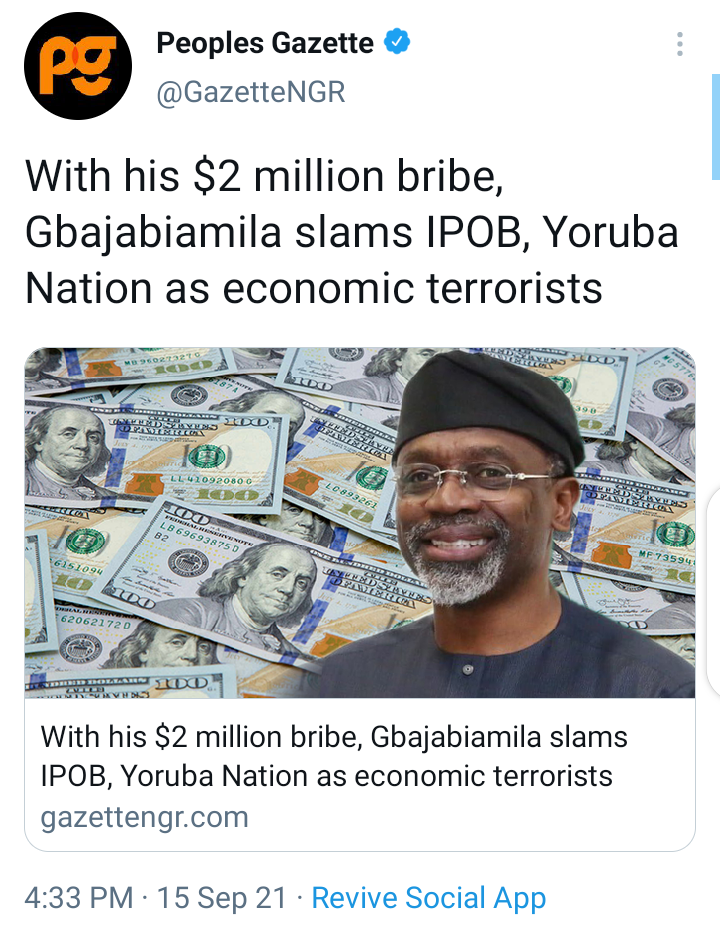 House Speaker Femi Gbajabiamila on Monday condemned members of the Indigenous Peoples of Biafra and Yoruba Nation as terrorists seeking the destruction of the country’s economy.

Mr Gbajabiamila’s comments during the House plenary on Wednesday came barely weeks after Peoples Gazette reported his acceptance of $2 million in cash bribes, alongside Senate President Ahmad Lawan who also accepted the same amount to force reduction of host communities entitlement to three per cent before passing the historic petroleum industry law.

Mr Gbajabiamila, from Lagos, said IPOB and Yoruba Nation activists have become increasingly unreasonable and unwelcoming of dissent and therefore “are no different from Boko Haram and ISWAP.”

“Given space and time, they will take our nation down the same path of destruction,” Mr Gbajabiamila said.

“In the South of Nigeria, East and West, miscreants and criminals masquerading as separationist activists have emerged to wreak havoc, take lives and commit economic sabotage against fellow Nigerians and the state,” the Speaker added.

His comments came two days after suspected IPOB insurgents attacked a high school in Imo and prevented students from sitting for their graduation exam, WAEC. 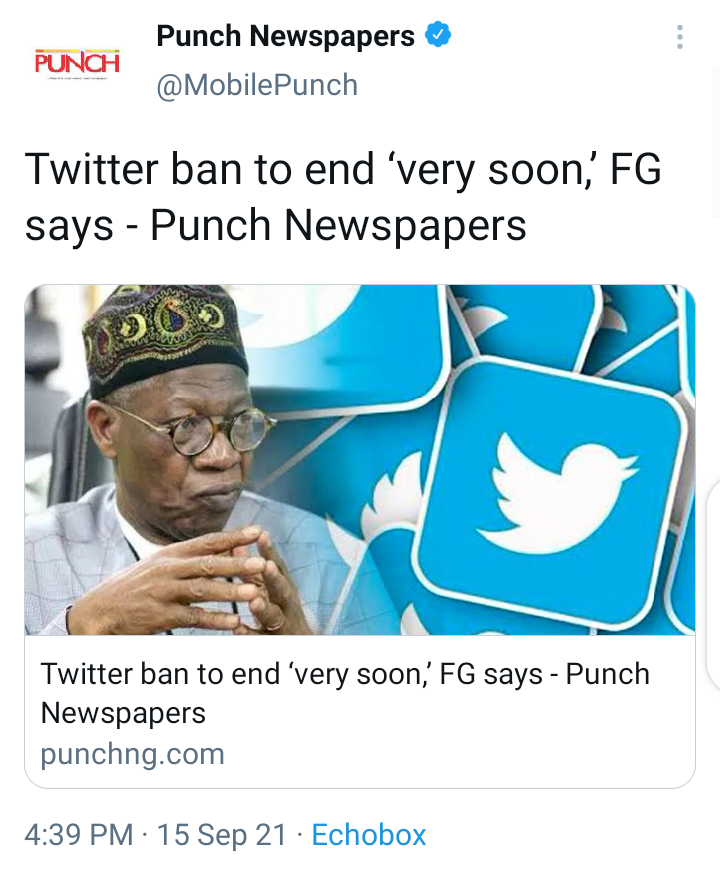 The Federal Government on Wednesday said that it was “very close” to lifting the over 100-day ban on the microblogging platform, Twitter.

The PUNCH had reported that 100 days have passed since the Buhari-led regime banned Twitter in Nigeria for deleting the President’s infamous tweet on the Indigenous People of Biafra.

The government had also said on August 11, that “the ban will be lifted soon.”

Mohammed, who was asked to give an update on the ban and ongoing negotiations with Twitter said, “The end for amicable resolution is very much in sight. We appreciate the patience of Nigerians. I want to assure you that we have made very tremendous progress. We have met with Twitter both physically and in writing. We are almost there.

“The engagement has been extremely positive without any acrimony. We have made it clear what we want from Twitter.”

The Minister stated that some of the conditions the Federal Government gave Twitter is to establish a legal presence in the country by registering as a Nigerian company with an address. 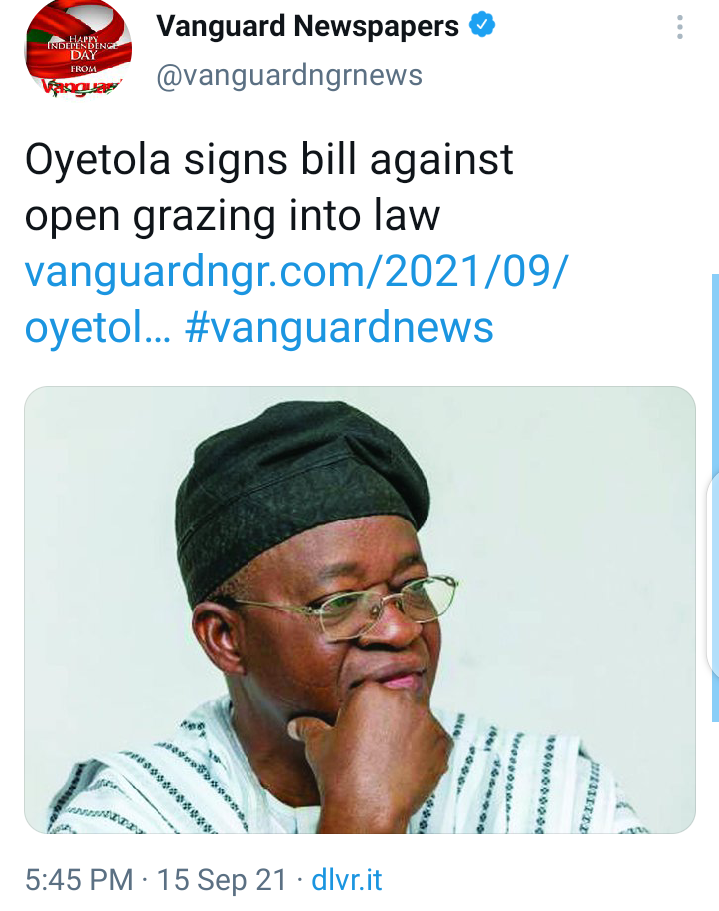 The bill, titled, Bill to Regulate Animal Grazing and Establishments of Cattle Ranches and Other Related Matters, was passed by the House of Assembly on August 12, 2021 and transmitted to the Governor for assent.

Speaking with journalists on Wednesday, the Chief Press Secretary to the Governor, Mr Ismail Omipidan said Governor Oyetola has assented to the bill and has become a law.

“Yes, the Governor has assented to the bill, it has become a law.

“Mechanism to enforce the law is already in place and the state will not allow anyone to abuse it.

“Osun is one of the most peaceful state in the country, this is largely due to our proactive steps in nipping issues, especially farmers-herders related, in the bud before it escalate.