The fourth session of the 13th National Committee of the Chinese People’s Political Consultative Conference (CPPCC) kicks off at the Great Hall of the People in Beijing, March 4. (Photo by Zhang Wujun/People’s Daily)

The annual sessions of the National People’s Congress and the Chinese People’s Political Consultative Conference kicked off on March 4. During the meetings, lawmakers and political advisers from all walks of life across the country gathered together to discuss China’s development path. The two sessions are an important window to observe how the country’s system of socialist democracy with Chinese characteristics works.

Zhang Xingying, a meteorologist, is also a member of the CPPCC, China’s top political advisory body. He is using his expertise to help put the country on the path towards carbon neutrality.

"My proposals for this year’s two sessions focus on pollution prevention and reducing carbon dioxide (CO2) emission. Last year, I investigated the overall situation of climate change, covering a wide variety of carbon-related areas, such as science and technology, society, people’s livelihood and economy. I have submitted two proposals. One is to strengthen the space-ground integrated network to monitor greenhouse gas emissions all year. The other one is to facilitate technological breakthroughs in building carbon data assimilation system," he said.

Based about 100 kilometers from Beijing, Tianjin bus driver Wang Yan is also a National People’s Congress deputy. Since resuming his duties three years ago, Wang Yan has continued to submit suggestions to the NPC every year. 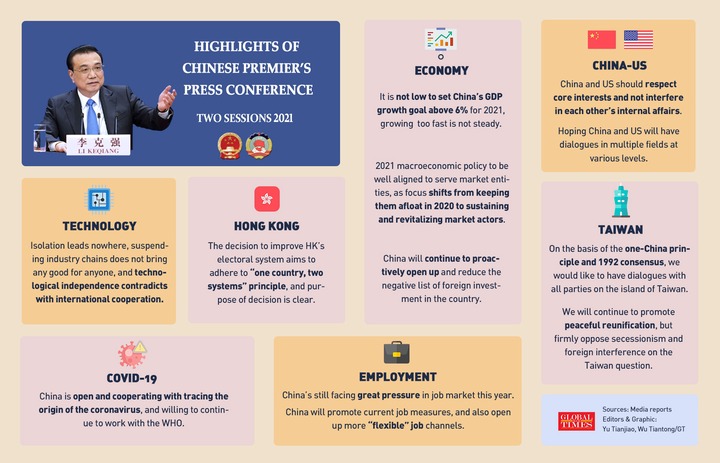 Wang’s suggestions have covered a wide variety of areas, such as transportation, elder care, and education. As a bus driver, she makes the most of her job, listening to her passengers’ opinions everyday, while formulating suggestions that can have an impact on government policies.

Internet has provided an important channel for Chinese people to have their voices heard. Li Dianbo is a grassroots village official in north China’s Inner Mongolia. In August last year, he participated in the Chinese authorities’ drive to solicit public opinions online for the compilation of the country’s 14th Five-Year Plan (2021-2025).

Going under the online pseudonym “Yunfan”, Li left his comments on the internet platform of the People’s Daily Online, leaving a suggestion that China build up a mutual-assistance elder care model in rural areas.

Li said: "In the traditional rural society, it has long been a tradition of helping each other. So, in terms of elderly care in rural areas, we could let the elderly themselves help each other, which they do better than others. Given this, I just wrote a comment online, nothing special."

To his great pleasure, his advice soon received great attention from the drafting group, and was formally written into the proposals for China’s social and economic blueprint for the next five years.

"I was very excited that my suggestion has been adopted. I am only one of millions of grassroots people, living and working in rural areas. It was really hard to deliver our suggestions to the experts or the leadership. Now, the online platform of Leaders’ Message Board offers us a channel. I really appreciate it. I’m impressed that the proposals of the 14th Five-Year Plan were compiled for the interests of the people, and also participated by the people," Li said.

Democracy is not an empty word, but a substantive practice that connects the wishes of the people to the services provided by the government. From taking direct part in the NPC and CPPCC discussions to joining online efforts at soliciting public opinion, China’s political institutions are designed to guarantee that the Chinese people run the country for and by themselves.

Opinion: 2023 Election - With Free Food For 4 Years From Tinubu, These 4 Things Will Be Alleviated

Pictures Of Money Printing Machines Around The World

DaGrin Trends Online As Today Marks Exactly 11 Years That He Died; See Pictures Of The Rapper.

Lady Burns Her Lovers House After A Misunderstanding, Tries To Run Away With His Belongings

Ladi Kwali: The Woman On The Nigerian Twenty Naira Note